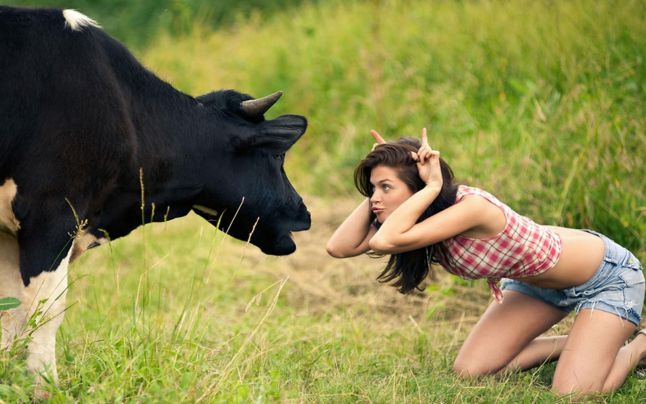 This episode takes me back to a time when school was the absolute center of gravity of existence- a time when adults oozed voluntary advice on the joys of childhood, footloose and fancy-free. These adults had no clue how challenging fourth grade could be!

Dad would drop us off at school every morning, my sister and I, in a little red Maruti 800. On the rare day that he was out of town, mom would do the honours. The incident that I recollect, dates back to the time before my mom mastered the 4-wheeler. And, boy oh boy, when she did, she completely busted the myth of the incompetence-of-the-female-at-the-automobile-wheel.

We would finish our tall glass of milk, paired with a bland, but nutritious bowl of baked pulses and rice, and set out for the public transit buses – mighty, green, questionably rickety metal mammoths. While the air still smelled of fresh earth and sweet dew, the city’s factions would be easing into the start of day. It was the one short hour before the city went ballistic in sweaty and humid temperatures, bustling with business, bumper-to-bumper traffic, and honking horns. Taking in this small window of peace from the 2-storey-high bus window seat was a satisfying sight. So we would actually look forward to these days.

One particular such morning was a rainy Monday. Every school-week started with “white uniform” – all-white button-up collared shirts, divided skirts, and canvas shoes – shoes that demanded a good hour of scrubbing every weekend to bring it up to sparkling clean perfection, apart from the 20 minutes of painting with shoe polish.

Given that we needed to pass the inspection of the NIPU (Not-In-Proper-Uniform) crew every morning at school, the prospect of a muddied erstwhile-white uniform was not particularly inviting. With these thoughts in mind, I resolved that the 2-street walk to the bus stop would be a careful mission to steer clear of puddles, craterous roads, and cars streaming smug jets of muddy water, as they careened past.

It was a typical Indian road – a strip mall on the left (a pharmacy, a little grocery store, and a barber’s shop) and, on the right, an insurance company office flanked by apartment complexes with, an overflowing trash bin out front. Typical. These bins present an open banquet invitation to stray animals, specimen of which abound plenty in the country where we worship cow as a mother, Go-Matha.

Snap a mental picture, looking down the road, left to right: cluster of shops, muddy walkway for the dare-devil pedestrian, bumpy road, another muddy stretch occupied by cow chomping out of a trash bin, small 2-feet upslope between said bin and building wall, and building itself (aforementioned insurance company).

It wasn’t until I got on the upslope, with our noses 2 feet away from each other, that I stopped to wonder about my proximity with this large creature, who shall heretofore be referred to as HM-Cow (Hungry-Mother-Cow, Her-Majesty-Cow, endless possibilities).

HM-Cow towered over me by at least a foot, and three times more in width. Mom had swiftly walked past this melee, followed close on her heels by my little sister.

During these flick seconds of unnecessary dilly-dallying, HM-Cow, feasting from her cylinder, was going through thoughts of her own. I don’t know if she considered me a predator – which, as we’ve seen above, would be ridiculously laughable even from a worst-case scenario point-of-view. Perhaps she thought I was a competitor for her unlikely feast? Or crazier still, could HM-Cow have considered me a living, standing, moving feast of larger proportions more inviting than her current menu? Was the all-white uniform making me look like paper, a cow food favorite, a fact gleaned from the study of cows roaming the streets of India? One can only surmise.

HM-Cow was quicker to think than I. She kicked up her hooves and launched into a speedy sprint directed at me. Thoroughly alarmed, I left it up to my reflexes to carry my feet up and away. In minutes, it morphed into a chase.

A group of amused onlookers started amassing, as they caught wind of the events. My mom and sister could neither help me, nor help laughing! I charged forward unthinkingly, with HM-Cow in hot pursuit.

HM-Cow’s nonchalance and easy confidence was among the many things that set us apart. Surely, she must have been aware of her dimensional advantages. I ran, scrambling past rickshaws and cars, bikes and cycles, not caring about a thing; neither puddles nor traffic. HM-Cow gave visibility to our chase, halting the disgruntled populace on the road, saving little-me from being run over. For that one reason alone, I was glad that a cow was my pursuant.

I had no idea how long or how far we carried on in this manner, but HM-Cow eventually gave up; light-years later, as it seemed to me. The lure I held, ceased, just as suddenly as it had flared. If HM-Cow had thought of me as either predator or a competitor, she had chased me far enough from her happy supplies. If I was case (c) tasty paper dessert, I must have not been worth the chase; a tad unflattering, but I’ll take that. I ran 4 blocks further by the time I realized I had become the sole participant in this race.

My feet decelerated. The panting caught up with me, as did my ability to reason. HM-Cow went back to her station of business as abruptly as she’d set out on the chase. She chomped on like nothing had ever happened, with that bored-as-ever look, so typical of a cow.

I felt like I had emerged from an alternate reality, a figment of my imagination. Sheepishly trying to dismiss the comic expressions of bystanders, I caught up with my mom and sister. As relief swept over me, it didn’t matter one bit that they were clutching their stomachs, hurting with laughter.

The day went on, pretending like nothing had happened. I shooed and scatted the jabs that my family made all week. It was weeks before I could admit how funny the whole incident was, even if just to myself. My mom doubles up laughing even now, as though it happened yesterday. (I kind of shot myself in the foot by telling her that I wrote about it!)

What remains today, courtesy of Hungry-Mother-Cow aka Her-Majesty-Cow, is an irrational paranoia of animals. Endearingly harmless squirrels escaped the axe, but nothing else. I would be awww-ing at the cutest, most harmless little dog, a Yorkie perhaps. But the moment the cutie got anywhere within a 2-foot radius, I would be petrified. The dog owners who take offense at my reaction are countless.

As a student of science, the irrationality is clearer than day. But the inexplicable mysteries of the mind are stubborn. Holy cow! That one random cow scarred me for life in a way that I absolutely didn’t bargain for.