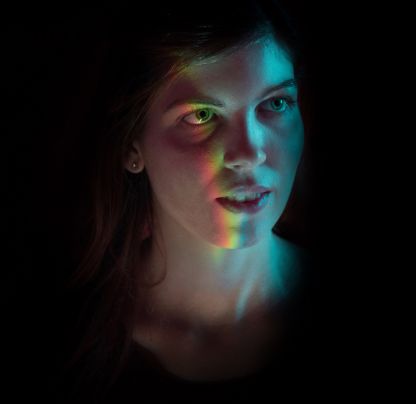 I had been through an extremely abusive childhood till the age of 17. So I believed in fairy tales and thought my Prince Charming would be my saviour. I was overjoyed when I saw my dreams coming true in college. I fell head over heels in love with a boy. I believed that Destiny had made us fall in love with each other.

Right from the very beginning, I felt there was something very different about him. I could not understand this strange feeling that I always had about him.

But I knew that we honestly loved each other. We shared all our dreams and always believed that we would be together in the future too.

I often felt that he was very possessive about his family, especially his mother. But I was only 18 at that time. So I guess I was too young to figure out that I would end up paying a big price for this at a later stage of my life.

At that time I somehow thought that it was actually a good thing that he was such a “mumma’s boy”.

Both of us were focussed on our careers at this stage of our lives. He flew to London to pursue his higher studies. I was supposed to join him. But my parents did not permit me to do so. I finished my degree and got a job in the US.

We were in a long distance relationship but both of us had decided that we would do our best to make our relationship work.

I was 22 when he decided to move back to India to join his dad’s business. I was still in the US at that time. For the next 7 years, we shared a long distance relationship.

I did meet several other men and could have easily opted to move on from him. But I could never ever think of cheating on him.

When I turned 27, my parents wanted me to get married. I left my job in the US for him and moved back. But there was something strange about the entire marriage deal.

I could sense the change in the way we interacted.

His parents asked us for dowry and insisted that the marriage be hosted in a 5-star hotel. There were several other things that I found unacceptable. All this was being done in the name of tradition. He knew I was against all this. Yet he told me that he could not say anything to his parents. He even broke up with me twice before we got married.

I couldn’t imagine myself with anyone else. I was tired of the long distance relationship that we had been sharing for such a long time. So I agreed to all their conditions. I could sense the cracks in our relationship but I thought we could get over it as long as we were together.

I started staying with my in-laws. His sister and her husband started interfering in my life. His mother started playing games with me and my husband proved to be the typical “mumma’s boy”.

He never gave me any importance as his wife.

He didn’t come close to me for almost a year. I rarely got to spend any time with him. I was so madly in love with him that I put up with all this for 3 years. I had turned 30 by now.

After a while, he asked me for a divorce. I knew I was in an emotionally abusive relationship. By now the physical abuse too had begun. I felt like a piece of crap that was ready to be flushed down.

My husband started referring to me as the biggest problem in his life and I felt as if I was a burden on him.

I lost one of my close family members at this time. I needed his support the most at this time. But both my husband and his mother continued to abuse me. I couldn’t handle the burden anymore. One fine day his mother asked me to go away from her son’s life.

My husband was sitting there with a numb expression on his face but he couldn’t say anything to his mom.

I packed my bags and left him that night. I knew I would never return to that house again. Strangely enough, it was on that day that I realized that his house had never felt like home to me.

I had done everything to save our marriage but it had always been a one-sided effort. I was tired of trying because I knew my efforts would always prove to be futile. I consulted a counsellor and spoke about my marriage to my friends and family.

It was at this time that I put a finger on what exactly my sixth sense had been warning me about. I realized that my husband was a narcissist.

I was in love with a narcissist who was also a “mumma’s boy”. Strangely enough, he still feels proud of both these aspects of his character.

It’s been almost two years now since we separated. He has not made any efforts to make me a part of his life again. I knew I had to make myself financially independent now. So I applied for a job in the US. A year later, I finally got a chance to start from scratch again.

I am 32 now. I think I still love him. But all I really hope for now is that I am able to move on with my life.

It is never too late to draw a firm line to our unpleasant past and move on with our lives. Do share this story because ‘moving on with our lives' is not so easy. But if we choose to take the reins of our lives in our hands – it is not impossible either. Let's learn to find joy and peace in the little things that we do on a daily basis. Maybe that will help us heal and look ahead with hope.