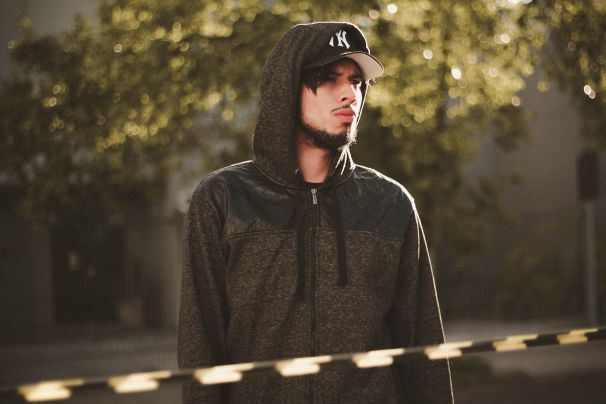 The love that I have for my girl is endless. We have spent a lot of good and bad times together. We both have a lot of memories of all the times that we spent together.

I am sure she is the girl of my future. We are on the verge of starting our new life together.

We both met accidentally on my last birthday. It all started off with a cool lovable fight. I liked that fight. She kept blasting me because of a misunderstanding. I was very patient with her but she continued yelling at me.

I liked her because I knew she was very innocent. The more words we exchanged with each other the more I liked her. It was while we were having these kinds of verbal duels that we started falling in love with each other. A couple of months later we had created a world of our own. We became the best of friends and spent a lot of time understanding each other.

Initially, things were tough. She was doing her masters in Arts. Like most other girls she wanted a lot of attention from me all the time.

She was quite mature for her age but would play with me like hell. I was exhausted by all the running around that she made me do.

I am a software engineer and her constant need for attention left me breathless. I would have to manage her along with my work. I would skip eating my food. I would miss meetings and stop hanging out with my friends for her.

I had no social life now. I spent all my time with her. I knew this was not the way things were meant to be. I knew my life was not really going in the right direction. But I was so totally in love with her that I could not understand anything else.

She would get mad at me if there was even a small delay in my reply. Sometimes we had network issues and I would reply to her after 5 minutes but she would stop talking to me for two days after fighting with me over this. I would keep sorting out all these issues with her because I was really drawn to her. I wanted to guide her throughout her life. I realized that she behaved like this with me despite being a very mature person. I tried to control my love for her. She too was scared of entering into any kind of relationship with anyone.

But destiny works in its own beautiful way. We both fell in love. We fought daily for silly reasons and then patched up again. It had become a part of our daily routine. But we loved each other. We hated being away from each other.

We knew that the little distance that separated us was causing all these silly fights between us. We knew we were meant to be together for life. We also knew we could lead a great life together.

One day, I approached her father over the phone. He was a wealthy man. I wanted to sort out things before we got married. He liked my profile and told me that I am very talented and had great credentials. I introduced him to my beautiful family so that he would feel confident about me being the right match for his daughter. I wanted to convince him that we were made for each other. I also wanted him to know that I could shower a lot of love on his daughter and both of us could lead a beautiful life together.

I was doing my best to sail through these life exams. I was under intense pressure because I was trying to impress her parents. I could bear anything that she did. I could face anything to protect her from bad things. I really loved her a lot.

But one day I had to attend a party in our office for an hour. She was under a lot of emotional stress and she said, “She will kill herself” if I did not return home right away and spend time with her. I tried to convince her saying that I was in an official party. But she started sending me pictures of a knife, and then a picture of a saree hanging from a fan with a table below it. I was shocked.

I was hurt by her messages but was crying within my heart.

I immediately called her sister and explained the situation to her. Time passed. We sorted out things between us again. But things started worsening again. I couldn’t spend all my working hours talking with her. This time she did the same thing again. She greeted me with a live video call one day while attempting suicide.

She now looked like a badass kid who became extra emotional when things did not work out in her way. I was totally depressed by her behaviour.

I didn’t hate her. I loved her to the core but I was really going through a tough time. I was feeling really down and all my thoughts revolved around her. I wondered how I would live without her in my life.

I was scared and shocked to even imagine a life without her in it and I knew it was the same with her.

Things started worsening between us. I became quiet now. And with time I realized that she had just dumped me into a very depressed world.

But yes, I knew she needed a lot of time to figure out things for herself. She needed to get her priorities right at this age. She had just graduated and it was time for her to explore and figure out what exactly she was looking for in her life.  So I decided to give her a few months’ time to understand herself better. I wanted her to be clear about her future and I knew I could wait for her love. So I stopped responding to her.

She cried. She begged. She apologized. She confessed that she knew how much I cared for her. She apologized for behaving badly with me and promised me of a wonderful future. She proposed to me everywhere and tried to reach me in every possible manner. I had blocked her on Facebook and all other social media accounts. But she would convey her messages to me over the public posts that she put up on Facebook.

I followed her silently. I could see her everywhere. I knew she was posting those messages for me. I knew she was referring to me when she said she was missing someone a lot. I had not spoken to her for over 3 months now. I know I made her wait for so many days. But I knew it would all be worth it at the end. I knew this would help us maintain our relationship forever.

One fine day, I just unblocked her from everywhere. And now all the good things started happening. I was going to fly abroad soon. I was literally trying to share all my precious moments with her. After a few days, I posted a picture of our favourite restaurant on my WhatsApp status. I wanted to tell her that “I had missed her” that day. I had written “loads of lovable memories attached to this place.”

She just saw it and started doubting me. She assumed that I had put up a status like that because I was with some other girl. She tagged me as a “CHEAT” and blocked me after a day. Her last status post read, “I am tired of chasing you all the way, my love! I am deeply pained that I hurt you so much by my rash behaviour. I am sorry that I failed to prove my love for you. I am moving on.”

I was confused and shattered when I read this. I was about to speak to her in a short while. But when I saw these lines on her WhatsApp status I did not know what to do.

I was all set to fly abroad. It was a golden opportunity. I had to maintain tight schedules but I was missing her a lot.

I flew abroad because I had to. I wanted to really work out this matter with a cool mind. I couldn’t hold myself any longer. It had already been 3 long months.

I knew both of us were dying to hear each other’s voices. I miss her wherever I go. Only her physical and mental presence gives me a semblance of sanity. I feel like nothing without her.

Yeah, I am gearing up to meet her dad. I hope I meet his expectations. I hope I gift her the best moment of her lifetime. I am keeping my fingers crossed and I know I will end up marrying her – no matter what.

I just need you. There is no life without you. I miss you every second, every day and everywhere. I want to hold your hands and share everything with you. And this time I promise you that I will never go or let you go forever. We will be the best couple in the world and I want you to hug me - not your favourite TEDDY forever.

From someone you love.

Love/marriage does not mean we lose our identities. We may love each other completely but we have to be perfectly happy on our own too. Maybe it takes a lot of time to reach this stage in our lives. Maybe when we have had our fill of loving times we will create that happy space in our own lives too. But our love should never overwhelm/suffocate/shackle/burden our loved ones. Let’s share this story and learn to create that beautiful balance in our lives.