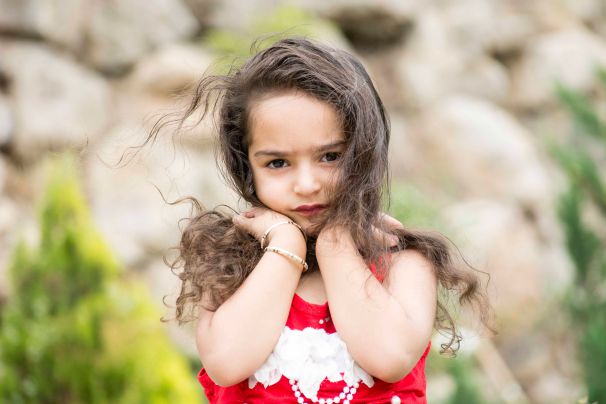 My niece was born in 2013, the happiness of my sister knew no bounds. I was there when she was born, the first time I held her in my arms my heart was filled with a kind of warmth I had never felt before.

I first noticed something was wrong when she was 1 year old. She seemed normal but something was not right. She was not attached to her parents. At her age she should have started blabbering or saying words like 'mama' 'papa' but that did not happen.

Both my sister and her husband are working parents. They live in another city so we didn’t get to see her much. During the day, a maid took care of her while the parents were at work.

Time passed by but I noticed that even when she was two years old, she still didn’t acknowledge her parents as her mom or dad. She wasn’t attached to them and she never cried when she was left alone with a stranger.

During one of her visits, a friend of mine happened to meet her. He told me that she was very different from other kids her age. It was then that I realized that it wasn’t just my imagination. But what bothered me was that her parents completely failed to notice this. Whenever confronted, they resisted by blaming the maids and how they weren’t able to give her sufficient time.

This continued till she was 3 years old. By this time she knew all the alphabets, colors, shapes, rhymes and a few prayers taught to her in school. But she wouldn’t communicate. She still wouldn’t call her parents ‘mom dad’. She would get lost in her own world. If we tried to communicate with her, she would start throwing tantrums.

During this time my sister and her husband planned a vacation, so my niece stayed over at our place for a week. It was then that I forced my mom to take her to a doctor.

What happened next turned my world upside down. The doctor said she was showing signs of autism. I immediately searched online and recognized all the symptoms mentioned. I spent the next few days crying.

The following week my sister returned. She was in shock when I told her what had happened. What followed next was several visits to paediatrician, speech therapist, psychologist, behavioural therapist and so on. After a series of tests, she was diagnosed with autism and attention deficit hyperactivity disorder.

For all those who don’t know what autism is, it is a neurological disorder that limits a person’s ability to communicate, involves poor social skills, tendency to engage in repetitive behaviour and body movements. There is no medical treatment for autism. It is a lifelong condition and there is no cure. However, if intervened on time, therapy can be extremely helpful.

These kids are not abnormal, they just see the world differently. They look normal, just like anyone of us, which makes it difficult for people to understand their condition. People usually judge when a kid cries or throw tantrums in a public place. What we fail to understand is that the child might be going through a sensory overload which has caused her meltdown in public.

Mental illness has always been a hush hush in our society. If only people were verbal about it. If only my sister and her husband wouldn’t have been in denial for so long. She could have visited a therapist earlier and her condition would have been much better by now. She can’t be cured but she can be taught to do the basic activities like brushing, changing cloths and so on.

Doctors have advised us not to leave her alone, to continuously engage her in activities, keep her away from the virtual world. They can’t predict what and how she will turn out to be in the future as she is still at her development stage.

It is said that “if you know a person with autism, you know only one person with autism” which means that every autistic person is unique. They might be verbal or nonverbal, intellectual or below intellect quotient. All they really need is love, care and affection.

Did you know that 1 in 68 children is autistic? This made me realize how little we know about brain disorders and mental illness. The causes for autism are not known. The causes might be genetic or environmental. There is no pre-natal test for it. Parents must look for these few signs in a toddler, like they will never look you in the eye, never respond to the mother’s voice, never respond to their own name, repetitive behaviour, lack of social skills, speech disorder, hyperactivity. There is no medicine but many therapies like occupational therapy, speech and behaviour therapies can help.

Please don’t blame the parent if the child is autistic. In today’s world when both parents are working and their child usually grows up in the hands of a maid or a helper, people tend to judge the parent for the delayed development. But the situation might be more than that, something much more serious.

As for me and my family, in some way or the other we are all in denial that it’s true, still hoping that she will grow out of it but whatever happens in the future, she will always have my unconditional love and support. Every child is a unique gift from God and this condition doesn’t make her any less.

It is high time, we accept mental illness as a serious problem. Share this story if you care.