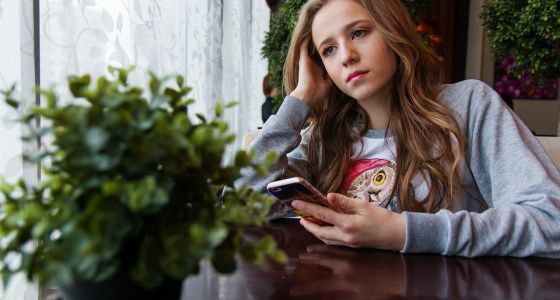 It all started with something so mundane…

My parents wanted to start the renovation. of the home and me and my sister wasn't ready for that.  They wanted to transform the balcony of our room into another small room. Both of us didn’t want to lose our rooms and our privacy but in spite of our protests, the work started. On the very first day, they started with our room and we had to shift to another room.

Initially, there were just two workers. I didn’t even notice who was coming and going initially but slowly the numbers of workers increased.  Eventually, I noticed one of them… he was older than the others and the rest of workers were his cousins. Naren…That was his name. He was not very good looking or charming but he was very devoted and perfect at his work. Mom and Dad started to appreciate the effort him and my lil bro actually kinda became friends with those guys. I felt like Naren was the wisest and the most honest man I had ever seen…He was a clean-hearted person. I started noticing his other qualities. He was down to earth and polite.  Then, one of these days, while he was away, his younger brother made some sorta mistake with the cutting of the tiles and their boss started scolding them.

That’s when he came back and took charge. There is a difference between being a boss and a leader and he was a LEADER.

Everyone present could see his potential and that he was destined for success very soon. He was very caring AND very calm. And before I knew it, I found myself attracted to him. It had been 20 days or so since he had been working at our place. I always thought he was probably 25-30 years old and possibly married. So, I never really took my attraction for him quite seriously. Days passed by and the work was reaching the final level and so were my feelings for him.

My brother would often chat around with those guys and one of these days, I overheard their conversation. Naren asked my brother to guess his age and my brother said “You must be around 25”, just as I had guessed. But his answer shocked and secretly delighted me…He was JUST 20. Like seriously. Mere se bas ek saal badhe the woh! I was so happy that I felt like I was floating up in the heavens!

I didn’t know if we had a future together. Maybe we wouldn’t. We were from different castes (I know, but these things still matter in India) but the bigger issue was that he was just that he wasn’t educationally qualified. He was just a household worker. Ye baat mere liye maayne nahi rakhti thi, but I knew it would matter to my parents.

That night, I couldn’t sleep as his thoughts occupied my mind all the time.  I knew that his last day of work at our place was here. I had heard that he was going to leave for his village as he had to attend some relative’s wedding. But I was hoping that I would get to see him again. Maybe contact him. I wanted to run into him more often and I knew that he didn’t live too far from where we were.

When morning arrived, I ran to the spot where he usually worked. He wasn’t there. I just stood there picturing him for some time. After a shower, I prepared some tea for Mom but his thoughts wouldn’t leave my mind “Will I get to see him again? Woh phir kab aayega? I doubt I will see his smile today”. Engrossed in these thoughts, I turned and THERE HE WAS. He had come to help his brothers with the work. Or could it be that he wanted to see me? I don’t know. But I know how happy I was. This was so unexpected! I had butterflies.

The rest of the day, I stole glimpses of him, sometimes from the window, sometimes with an excuse to observe the work.

In the middle of all this, I got sleepy and when I woke up, everybody had left. I was so disappointed in myself. I had not even to say my goodbye to him. But the roller coaster ride of my emotions was going to take another crazy ride. When my Dad arrived home from work, Naren was with him! Maybe God was in my favour. I actually got to serve him Tea! From my balcony, I saw him leave and took the moment in knowing that he will not be coming back for the next 5 days. That night, during the dinner talk, the family was discussing how well the workers had done. And the conversation took its course to talk about Naren and my brother dropped a Bombshell.

I felt like crying. But I didn’t. I couldn’t be sad because it wasn’t his fault. He was special to me and if he was happy, I had no reason to complain. Because of him, I realised the joy of one-sided love. I got to understand that there was something else to cherish in a man beside money and looks. There was dignity, grace under pressure, personality and kindness. There are so many people who are good-looking and stylish, things that even I found desirable…but it is the way a person behaves- the way he treated others and respect he gave everyone, that really made me fall for him. Because beauty can fade, money can disappear, but these qualities stay with you forever.

Fall for someone who nourishes your mind, who soothes you by their presence.

He visited our home for a month and we never spoke or touched each other…but I developed this unspoken, pure emotion towards him. He was a beautiful soul who I knew I could trust blindly. I am glad this beautiful feeling happened to me because this experience changed my way of thinking about love. He filled me with positivity!

You know when dad wanted to lay tiles on the floor near the garden, I hated them and I fought with Dad. I told him that I would never spend any time there but now it is my favourite place in the house. Because it reminds me of Naren. This is where he worked. It has his touch. His simplicity. His memories.

The "First Love" is always special. It somehow seems to have an effect of how we perceive romantic relationships for all time. This story is about an experience about how the same "first love" can teach you so much.