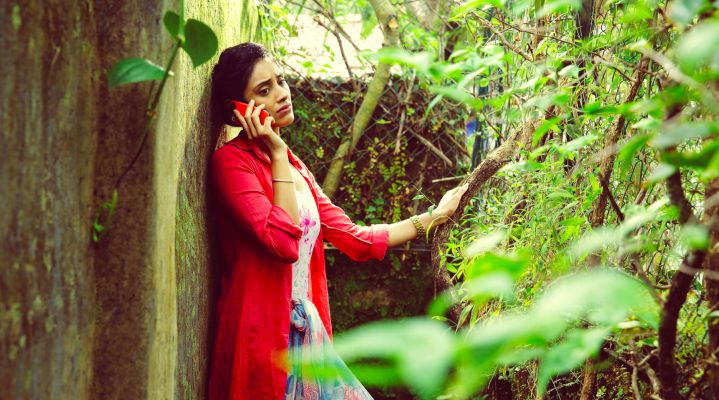 It all started with my passion to work, he was my colleague in the beginning. Everything was normal, very normal between us but later, everything turned beautiful.

Our long conversations, our meetings, everything was beautiful. And just like that, one day he came to me and proposed to me. I happily agreed, I was so happy with everything happening to me.

Later, he told me about his horrific past. His ex lover died suddenly and he told me he loved me the same and didn't want to lose me. I was okay with his past, in fact I had immense respect for it.

After a few months, my parents started searching for a groom for me. I told him I wouldn't marry anyone else, I couldn't have lived without him. He told me, "No problem, you just get engaged before your marriage. I will come home and speak with your parents." On his advice, I got engaged and time was moving very fast.

With only 1 month left for marriage, I started forcing him daily to come and talk to my parents. One day he told me, "I need to tell you something very important about my past."

He called me to a restaurant and told me that he was married to a lady in London once. It was just a contract marriage, his parents got him married to her in India also, on the phone, but things didn't work out. The girl was having an affair with some other guy so he wanted a divorce but she filed a case against him and he wasn't allowed to get married to me until and unless the case was over.

He asked me to get married to the guy my parents had chosen for me. He said he will soon end everything and come to me and take me along with him, I trusted him blindly. I loved him more than anything in this world, I got married just for him.

Everything got worse by the day, I used to just cry and pray that he'd come soon and take me along with him. Then after 3 months, he called me and told me that he will get married to me by April and take me with him. I was so happy but no, it was not that easy. Again a big twist came into my life. He told me that his ex wife was staying at his place because the court had given orders to stay with each other for some time and now his mother was insecure about this whole situation.

His mother now wanted him to get married to the other lady and bring her home. Now he is saying, just because of his mother, he should get married to her. He says he will also marry me because he loves me but he will keep me out of it and take care of me. After a year or so, he will take me to his home, and he's also saying that he will leave this lady. Till then, he will just be with her for namesake.

After sometime, as the case is over, he will leave this girl. He is getting married because of his mother is worried that the girl who filed the case may not go back. She may just get settled and he can not tell his parents about me because they know that I am married and they will not allow him to get married to a married woman.

I don't understand. Her son can get married to 4 ladies but the parents can't allow him to get married to a woman who got married just because his son told her to. I still trust him, I still love him. I am okay with everything because I can't spend my whole life with a stranger.

They say love is blind, but should it be always? Share this story and give your opinion.