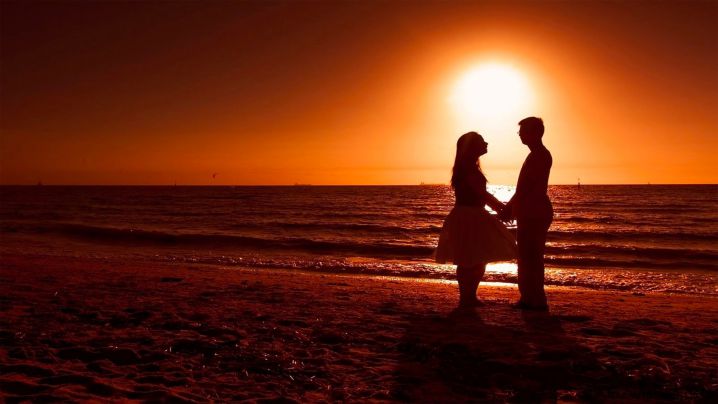 Just another monotonous work-laden day at office and I was looking around for some inspiration when I exchanged glances with this guy, sitting close to the entrance. I didn’t know him, he was surely not a local but could be from our office in NCR (which I confirmed way later). My head flooded with questions on his identity and with days spent staring at him, my inner voice poked me saying that it certainly wasn’t just a crush.

My girly instincts held me back from approaching him even as a friend, blame the shy upbringing or banters over the years that girls shouldn’t show their desperation. Also, he was in a different department, making it all the more difficult for me to crack a conversation upon excuse of a business project. Once while he was passing by, I finally got his name from the company leash we all hang around our necks and in no time I was on Facebook, stalking him.

My roomie, the curious chick, couldn’t withstand my long stares at the screen gaping at him and insisted I sent him a request. I was embarrassed and shadowed it with the reason of girl ego and how I shouldn’t take the first step.

Alternatively, the foolish me sent him a request from my roomies id and before I realised it was accepted. The first message shared slyly by my intelligent girl was, ‘Hey, one of my friends wished to be friends with you’ and I was like, ‘Blah!! How could you?’

A week to the incident and one day not finding him in office, I finally shed all inhibitions and sent him a request. Oh yes!! It was accepted and then the dilemma was what and when to text, should I send a ‘Hi’, etc. I did break the ice with a ‘Hi’ and back came the response of ‘Hello’. However, the conversation didn’t last long and ended with cute sentences of me saying, ‘It’s good to ask ‘How are you?’ in return’ to which he replied, ‘It's not good to say just "ok" to end a conversation’. I was blushing!!

Now, we spoke often both over Facebook and call. I felt butterflies in my stomach each time I met him and knew I was losing an integral part of me to his innocent smile and witty words. I made several attempts in confessing my love for him but never gathered the courage to put it through; not that he didn’t know how I felt about him but preferred to stay silent. A month to our inner confessions and we finally spoke up, accepting each other’s love. I still remember the date, July 6, 2016.

It gives me goosebumps each time I think about him and our cute hide-and-seek meet ups, escaping the eyes of our colleagues. He was so perfect and accepted me for the person I was. My face had a new smile, given and caressed by him.

Six months to our relationship and we knew it was time to take it to our parents. Scared we were but then had some hope of them being convinced with us. While my father was good with our ‘jodi’ and was only worried about the mismatch of the ‘kundlis’ his mother was a strict NO, given our caste differences with kundli mismatch as an add-on. I knew this would go nowhere as my parents would never agree if his mom didn’t want the alliance and for him it would be difficult to make a choice between his mother and me. And, though we tried being logical we did have a fight over this, leaving us both weeping through the night and apologizing to each other the next morning.

After all the chaos, we decided to respect our parents and go ahead with their choice. It was difficult and all I wanted was to share my time with him as long as he was around. Not sure about him as post the mess we didn’t talk much about our families but I did feel the pain in his eyes as well.

We were moving on with our lives when he told me that he was opting out of the company, grabbing a new opportunity close to his home. I was happy but won’t deny that the news pricked within and my heart bled at the thought that it would soon be all over. May being his last in the current enterprise and the city, we made a last trip to Vaishno Devi, praying for our future and togetherness, if possible.

I bade him a goodbye, wishing all good things for him, a prosperous future and silent promise that I shall be there with him through thick and thin.

It’s strange that despite us being so much in love we had to part ways not because we weren’t happy with each other but to justify the authenticity of our ‘kundlis’ and respect in the SOCIETY. And, we were taught marriage was about the love and trust between two souls. Ironic!