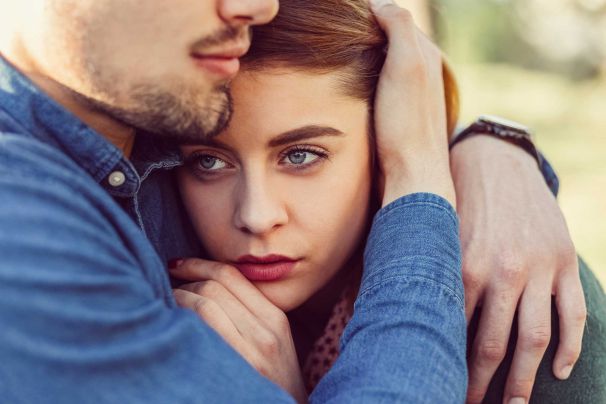 I saw him at a seminar in college. I fell for him instantly. I noticed that he too was 'having a look' at me.

Once the seminar finished, I was looking for him everywhere but I couldn't find him. I was on this search mission for around 15 days, after which, some friends told me that he was my senior in another department. My friends who investigated, warned me against him. They warned me not to fall for him as he was known for flirting around with almost every random girl. I did not pay any heed to what my friends said. I was eager to start a conversation with him.

I searched for him on Facebook and sent him a friend request. He accepted the request within two hours, and my happiness knew no bounds. I felt as if he was waiting only for me. We started talking casually and gradually, he told me that he too had a crush on me. Within a month, we were in a relationship. We used to talk through our eyes (and code language, of course). It was that perfect romantic relationship. He was in the last semester, while I had just begun my first year.

People gradually started knowing about us. Once the news of our relationship started doing rounds, people started talking good things about him. In the meanwhile, he told me almost everything about his past, about him having a crush on his classmate and how she ditched him, and all about his family. I started believing him and empathized.

According to him, his dad never liked him, never gave enough pocket money, and a long list of other things. He had so many complaints about his parents.

One day, he told me that he doesn't have enough money to pay his fees and his dad wasn't giving it to him. That day, I assured him that I would pay it. He reluctantly agreed (or I thought so). After few days, we got physical. I won't say love making, as it was purely sex for him (which I got to know later on).

I was the kind of girl who wanted to give away my virginity only to my husband. But I trusted him. I considered him as my husband. And that day I lost my virginity to him, just after he said that he believed in having sex only after marriage. Ironic, isn't it? I trusted those words! Damn! I now realize how foolish and immature I was! Later on, he would ask me for money (which didn't feel right to me), and I started making excuses for not giving him money.

He would need money to buy a new phone or pay fees for his tuition classes or pay medical bills. Sometimes, I felt like I gave him birth! Then we used to have sex whenever time permitted. He used to be so convincing about how much he loved me. He would behave as if I am his princess, so that I would agree to have sex.

Once the motive was fulfilled, he wouldn't even care if I fought or left him! I understood it soon.

Then came this scene. The girl he told me about (his ex-crush), was a good friend of his. I had hated her since day one. This time, I told him to cut off all contact with her. He did (at least to show me). After a week, I asked him if we can meet. He said he was busy, as his mom was ill and he had to prepare food. The very next day, I saw him meeting that girl with his friends.

That was it! I knew I had lost respect for him long back. But I stayed because I wanted to see if he improves. But later, I realized that people like this are better to be left rather than staying with them and hurting ourselves. At this moment, I have got someone who is more caring, more loving and who never takes me for granted. We are soon getting hitched.

You do make mistakes. They are bound to happen. But we need to learn and accept them as life. Life has something more and much better for you in store. Make mistakes. That's where you learn. But also know how to put yourself back. Because in the end, it is you who matters!