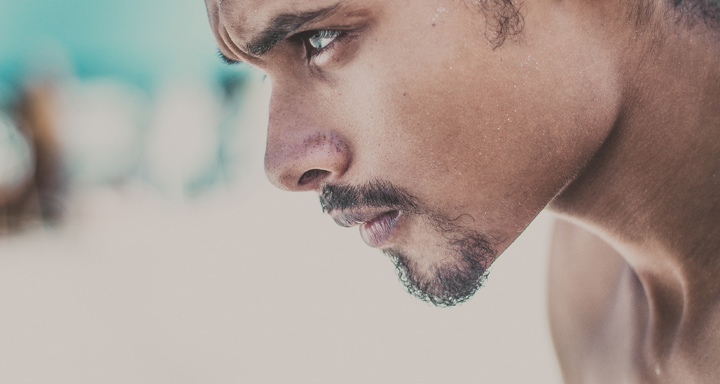 It was a hot Sunny afternoon on 12th March 2002, and I was helping my aunty in shifting some stuff to her newly opened fast food restaurant in the same vicinity as our house. Along the route between our house and the shop, at a good distance of around 10 meters, I could see a girl sitting on a chair in a building nearby reading some book, I was mesmerized looking at her at first sight, our eyes met often and those quick little glances to and fro made my exhausting day, one to be grateful for. Dance functions were a regular annual affair in that vicinity, so it made us break the ice when we were paired together for a dance performance.

We gelled up quite well and got the house on fire, and despite being only 11 years old, I saw my future in and with her. As I used to stay in central suburbs, and she being a townie, school’s summer vacation and social gatherings at my aunt’s place were the only times I could see her.

One fine day, I thought of avoiding her to see her reaction and feelings for me. Although it seemed positive, I thought of stretching it more, without realizing the fact that she is drifting apart from me. Soon we became complete strangers, and no one knew what was the actual reason. There was an awkward silence and hesitation, which restricted us to interact, even when we stumbled upon each other in person. The only place I could be her silent admirer was on Facebook, browsing her pics and wishing her on her birthday. Years passed by and time flew very quickly, everyone was busy in their own little life of success, aspirations & hardships. Finally, on 29th June, 2016 I woke up at 6 am as per my usual routine, I got ready to leave for my work while browsing through Facebook I saw a Thank you, a thank you message from her after 12 long years of silence.

Did destiny give me a second chance? I thought yes it did. Over the next few days of chatting on Facebook, we discussed life and each other’s well-being and we both were pondering on why there was a period of exile in between us for so long. Nevertheless, we started strong again from being friends to being a couple really quick, she was my everything. Over drinks, we discussed our aspirations to the wall colour of our home to her name after marriage and even our daughter’s name was discussed at length. We were pretty much sure of getting married irrespective of situations and were thick as blood on it.

I finally found a reason to be thankful to god and destiny for bringing my life back on track. My parents were okay with the association, as we are broadminded with our thoughts, but in her case it was the other way round.

Her parents knew me quite well and her mother was appreciative of me always. They knew the hardships that I faced early in my life and had respect for my success today. I asked her to tell her parents about us so that no one remains in dark and everything happens officially with everyone’s blessings. As they say, life is not easy as it looks like. We received the completely opposite reaction from what we expected from her parents. It was brutal, the girl was beaten for a good 3 days and forcefully asked to deny marrying me on the 3rd day, a girl who had pinged me on WhatsApp the same morning saying that we will marry as planned in March 2017, goes off her words in just 15 mins from her last message. On that unfaithful 3rd day, everything changed after her father checked our entire conversation.

My world was shattered, phone calls were made, messages were sent out, friends were called up, the entire family was worried for me, it seemed like everything we had vanished in thin air. Why I got rejected, was because I belong to a different caste, different culture, and I am the only earning member of the family. Because I have no ancestral home in my native place, I am not educated more than their daughter. Now to answer counter these points, I want to say: I am a Hindu, so is she. I am Mangalorean, she is Maharashtrian. I am the only earning member of my family with a salary of 50k which her parents felt is less for a family of four including her. We do not have anyone staying in our native place, so no that is why there is no home there. I could not pursue more than graduation as the need of the hour was my family back then and not education, and she is a post graduate.

My future and eligibility were decided over a phone call of 5 minutes, despite me requesting them to meet me once personally but it was of no avail. Eventually after all the physical torture and emotional blackmail, the girl gave up.

It’s been more than six months, it’s only me who is fighting alone for her. I have no contact with her but I am just trying to make things fall back in to place again. Hope and faith are at stake but I am still awaiting a miracle, although people around me say that she has moved on and has broken all her promises, still, I did everything possible mentally, physically and spiritually. For me, it is not easy to forget the time we spent together, our future and most importantly, how I am with her. My fight is against the orthodox society where people still force their decisions on their children by incessantly thinking of society, caste discrimination and fake pride. People who break up because of such lame circumstances go through endless trauma and pain which at times leads them to commit suicide.

Who is responsible for this then? Society, Orthodox beliefs, Parents or God?

I was devastated, but I wanted to give myself a second chance. She was my weakness, but I made her my strength, I will not give up on my love so easily just because of orthodox society, conservative parents and she herself being a loser in the battle, the one who gave up easily. I had promised her that I will love her till eternity and I will stick to that. It’s easy for us to move on, but at the end of our life, do we need a phase wherein we regret not doing something when the time was right, which might have had a different and desired future?

I am not sure if she would ever read this, but I only have to say one thing, I have loved you unconditionally my Harley. And I will always continue to do so. Although I am fighting alone, but this time your Joker would make it to the point that true love will triumph over orthodox society.

Share this story because zest in love like that is rare. More power to the writer and those like him. May true love triumph over the Orthodox society.

Corporate professional, Motivational speaker, Aspiring filmmaker, Standup comedian, Storyteller, Poet, Theatre artist, Quotes & Script writer....... I believe in putting efforts and hardwork for things I desire, nothing is going to come on our platter directly. If you like my articles/stories/posts do make sure to comment/share & like them. You can reach me on my personal id: Player020991@gmail.com . Stay blessed and we have only one life with us either Fake it or Make it !!