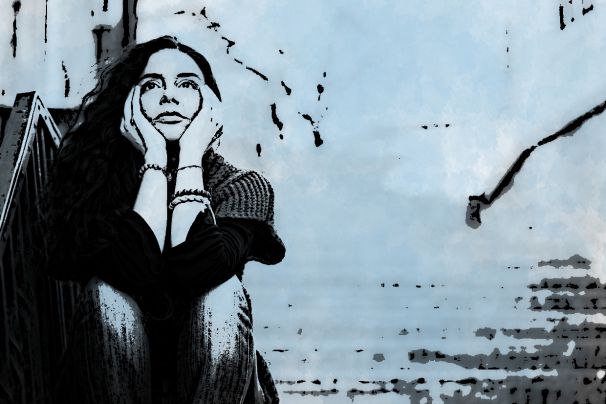 We were just good friends. That's what he always said. I met this boy when I was in my final year. He was four years older than me. At that time I was very happy being single and independent. He had just broken up with his girlfriend with who he had been in a relationship for 8 years. He was completely devastated and that's when I met him. We got very close with time. We started sharing each and every minute detail of our lives with each other.

We used to chat for hours, talk to each other, meet on the beach and spend time. We both were very happy being with each other. With time I realised I was falling in love with him. Somewhere I knew it was not possible since we belonged to different castes and many other reasons but still I confessed my feelings.

I could tell him anything without hesitation. I was so happy when I expressed my feelings. Although I knew he would say no, I was just very happy because I told him. We always met, held each other's hands, hugged each other for hours, never kissed because we were not dating and we knew it but I wouldn't get this close even with my best friend. I knew it.

I was so comfortable with him only because I liked him. He was my biggest support and he was also very dependent upon me for many reasons. After two months he thought about it and realised that he liked me but not as much as I liked him and this thing would have never worked out since his parents would have never agreed for us either. His previous relationship had hurt him a lot and he did not want to fall into that trap again. I felt very bad when he told me this but we decided we'd always be best friends and will never let these things bother us. Hence, we continued being good friends but my feelings never changed.

We used to still meet, hold each other, hug each other. I learnt about a man's touch from him. Hugging him and staying like that was heaven. I loved every bit of it.

With time we got used to each other but things changed. He started ignoring me, conversations were on an all time low but still we were there for each other. At the end of the day I knew how his day was and what he did the entire day and he knew mine. All these years he was always reminding me that we are just friends and he would get married to the girl his parents choose for him.

This thought of going away from him scared me but I ignored it. It's been four years and I am still with him. Finally the day has come when he has decided to get married to another girl. It's an arranged marriage. He is very happy about it and shared the news with me with the same excitement. I felt very hurt when I heard of it.

But why am I surprised that he's not feeling bad about not being with me even though he was always clear that he did not like me. How could he just forget the time spent with me so soon. Of course he could because he was just my best friend. I am so used to him that I cannot imagine my life without him but I have to live. I always wonder if we were really just good friends? Was there nothing more to it? Was it so easy for him to forget everything?

He has moved on with his life. We don't talk anymore since things have become awkward now and it doesn't affect him. I will never ever blame him for anything because he never kept me in the dark but I hope I come out of it soon and become the same independent girl I was four years ago.