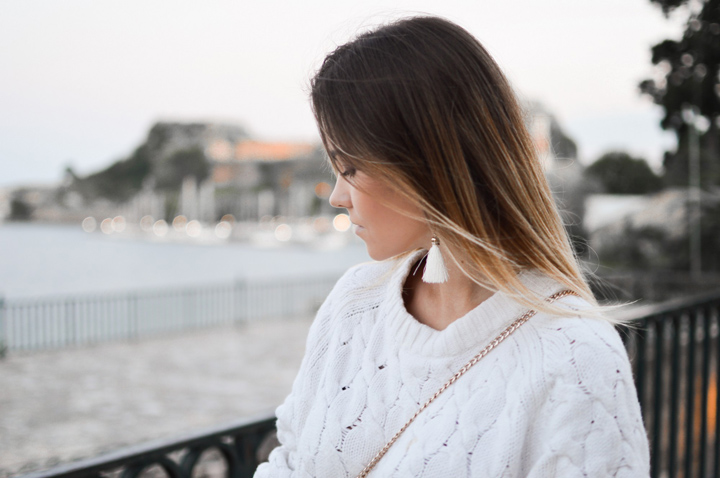 I’m an MBBS Student, in my 5th semester and I’m here just to vent out my feelings; speak up about something that should have done a long time ago. It may seem quite childish to you, but this story dates back to my school days, and yes, it’s taken me this long to move on from the incident.

I should start by telling you about my first relationship; the boy who proposed to me right before our 10th standard board exams. I was overwhelmed and immediately said yes. People would say I’m a fool, but I was already attracted to him and there was something about him that was so right, that I didn’t want to waste time thinking of anything else. We got very close to each other, in our school days and began spending a lot of time together. But all of it was during school hours or tuition time. Despite the first few days of our relationship being boring, it was smooth and I loved every moment of it.

The twist in my life came after I entered the medical college. I always wanted to pursue engineering but destiny took me there and I don’t regret it at all. My boyfriend entered engineering, and he was visibly upset when I didn’t choose the same field as his. Somehow, he got this notion in his head that I was trying to avoid him. But obviously, he was wrong. The more I tried to explain my decision to him, the angrier he got and began doubting my intentions and love for him.

Meanwhile, an older guy was trying hard to gain my attention. He was engaged and I was committed to my boyfriend, so I didn’t make much of his attempts. But this guy was desperate and he never stopped trying. His girlfriend and he were in a long-distance relationship and this could be one of the reasons he was trying hard to get what he didn’t want.

God knows all the girls in my class had such a crush on him, including me! So, this guy, veiled under simplicity, was in fact quite a dangerous fellow.

Situations got out of hand when the two of us began getting intimate and though things never reached the bed, it still wasn’t right for either of us, me with my three-year relationship and him with his long-distance girlfriend. During this time, things got tense with my boyfriend and I and we ended up breaking up. He said he needed more time from me, while time was the one thing that I couldn’t give him.

I cried a lot in those days, but it was only after a while that I decided to take things to the next level with the guy from my college. By then, he had broken up with his girlfriend and we both wanted a new beginning.

As soon as our honeymoon phase passed, I realized that he was not my “Prince Charming”; in fact, he was the complete opposite of charming. He began shouting at me for no reasons, picking up fights whenever he felt like, bossing over me and even started using filthy words while talking to me. He never respected me and I realized that he never would.

There’s one incident that I don’t think I will ever forget.

I was in the ladies’ washroom, in college, and he came rushing in. He covered the window with a newspaper and put on a condom. I was scared into shock. Somehow, I managed to get out of this situation, untouched. But he took this as a great insult. I spent many sleepless nights with tears rolling down my cheeks. I never thought I’d get an escape, and then one day, just like that, I did.

Meanwhile, a guy in my class confessed to having a crush on me for a while now. We became good friends and soon, I started sharing my life with him. Unfortunately, we got a little too close and even had phone sex. One day, he told me that he wanted to take me out on a date. But that wasn’t true, he just wanted to touch me.

He got hold of my body and began touching me inappropriately. This went on for a long time and I couldn’t say anything against him. I was such a stupid and helpless girl. Why on earth did I let myself get used by such men?! During this time, I had stopped talking to my boyfriend but he somehow managed to convince me that he had changed and things would be different now. I fell for it.

And then on my birthday, he demanded my body, if I didn’t, he said he wouldn’t attend my party. I managed to handle the situation then, but the next day, he began shouting at me again. He pushed me against a wall and shoved his fingers between my legs. Worse part, it was in my classroom, with all my friends and colleagues around us. I couldn’t do anything except tremble in fear, or was it pure anger?

Before anyone could say or do anything, I ran out of the classroom. This definitely pulled me away from him, even he realized that this was the last straw for any attempts at our relationship reaching any level of normalcy. What this did instead, was to throw me into the (loving, or so I thought) arms of the boy who told me had a crush on me.

I began trusting his every word, did whatever he asked of me. I even confided my life stories with him. But he was so mysterious. He never let anyone realize that we were even remotely ‘together’. He never spoke to me in front of others, and while I did think that was strange, I always believed that he had good reason to do this. Maybe he was protecting my image. It’s amazing the kind of things we try to tell ourselves to convince our cautious hearts.

During this time, my ex, the very first boy who stole my heart, came to my mind, often. Everything was so perfect with me and I can’t understand why I had chosen to leave him behind. But I had. There’s not much good that comes out of looking into one’s past and diving into this was only giving me nightmares’ literally.

The one thing that I did have was my belief: every misery in this world has an end.

What I always needed, was a friend whom I could share everything with. Who was by my side and not interested in my body; unfortunately, every single time, it was just that. By now, things had escalated so badly in my life that telling someone, a girlfriend or an adult was out of the question. And once again, I sought comfort in a guy from class.

I poured my feelings into him and he helped me overcome a lot of my doubts. He was a good friend of mine and for a long time now, so I did have these brotherly feelings for him. He had told me that he liked me, but he also told me that he would never force me to do anything that I didn’t want to. He promised me that he would be there for him, always. And I counted on him.

But of course, due to my past experienced, I was afraid to venture into something new. Days went by, but my mind was always confused. Wondering if I should take things forward with him or not. And every time, the answer was ‘not again, please, not again’. Even though there were all these positive vibes surrounding him, I just couldn’t stop myself from allowing myself to melt into it.

People already knew that I was a girl who jumped from guy to guy, for her own pleasures. Knowing the truth wasn’t something these mouths wanted to hear. And it hurt. It hurt me a lot so I had to think twice as hard before deciding what I wanted from him. I even confessed this to him, but he told me that he was determined to wait for me, as he didn’t care much for what these people had to say about me.

In fact, he waited for months till I was ready for a relationship and I thought that it meant a lot. The trauma that I had suffered, I found comfort in his arms, when he soothed me and slowly, changed my way of viewing life and even myself.

I did have this nagging fear, that I would do something wrong and that this love that he had for me would vanish, but his positivity and trust in me changed my life. His selfless love was something I had never witnessed from anyone. In fact, even though my tantrums and mood swings, he stuck by me.

It’s been a month now since we’re together and I know that he’s the best guy for me. I don’t think I could ever get anyone better. What he’s given me is something that no one has given me, a promise for tomorrow, a better tomorrow. But I didn’t share this story with you to show you that I found love at the end of it all, but it’s to show you how a fickle-minded girl can ruin her life.

I’ve grown strong because of the support that I finally got. I’ve changed, but only because I had someone to show me that I deserved it. I don’t want any other girl to suffer, the way I did, and I just want to tell all those lovely women out there that sometimes, it’s great to follow your heart and fight for your dignity and self-esteem.

Share this story, to share her strength with all those out there who need support to find their voice, and use it!