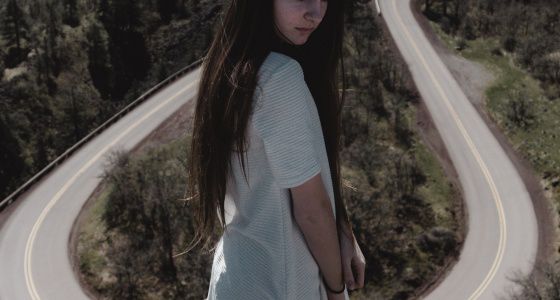 Six months back, I was going through the worst phase of my life. I was shocked when my boyfriend broke up with me. My career had gone for a toss because I had neglected it for too long. My family was against me because according to them I had been dating the wrong guy. Well, it’s quite obvious now that my family members were right in their judgement. And though I knew I had made a mistake, I had not yet told my family members about my break up. And to top it all I was also having health issues. Initially, I was diagnosed with malaria. But then it turned out to be dengue.

I was completely lost when all these things happened at the same time. I was crying all through the day and night during this phase. This had an adverse effect on my health. I had lost almost 5 kg in a month’s time.

Amidst all this chaos, he entered my life. It all happened because of my sister. ‘S' was her colleague and also a very close friend. She had spoken to me about him several times earlier too. I had been happy with my close circle of friends and my guy at that time.  And since I was already in a committed relationship I was not too keen on getting to know other guys.

I was stupid enough to believe that I had more than enough friends in my life.

I was feeling really depressed on the day I was diagnosed with dengue. I hated hospitals and being an independent girl, I hated troubling my family in any way. I dreaded even the thought of getting hospitalized and somehow convinced the doctor and my family that I would recover better if I was at home.

I was already feeling depressed because of my break up and now I had to sit and rest in my room all day. It was at this time that my sister invited ‘S’ to our house.  We had already spoken with each other a few times and I remembered how we had pulled my sister’s leg together. Now when we started talking, we realized that we got along really well.

He had been through similar situations in his life so somehow we could connect to each other immediately.

He understood me and pretty soon we were talking all the time. Our conversations were always fun because we loved joking with each other. Soon our conversations became longer and longer and often we would end up chatting throughout the night.

Yet, I never thought of him as anything more than a friend. I still loved my ex and everyone knew this.

However, his roommates and my sister played Cupid and started teasing us. We were not too bothered about it but after a while, he realized that he had fallen for me. A few days later he proposed to me.

I was shocked. I had not yet recovered from my break up with my ex. I was not at all interested in any kind of a romantic relationship at this point in time in my life. Even he realized that I might never feel the same way again.

My heart had become too numb to respond to the love that he was expressing for me. Despite knowing all this, ‘S’ continued to believe in our relationship. He believed in me.

I did not even have to tell him that I needed time to think about all this. He knew I would take my own time to do so but would eventually accept his proposal. He tried to convince me about accepting his proposal.  So finally I said, “Yes!”

I knew that accepting his proposal was the best decision of my life.

We have been together for almost 2 months now and I have never felt happier in my life. ‘S’ never gives me an opportunity to fight or argue with him. Many people feel that relationships become stronger when the couple fights and argues with each other.

But in our case, I feel that with every passing day, the love that he has for me is making me stronger.

My ex had broken my self-confidence completely. I no longer had faith in myself. I had been a happy carefree girl who was focussed on her career. I had achieved a lot of success at a young age. Though I am from a well to do family, I had learned to shoulder all my responsibilities from my childhood. It was the opposite with my ex. He had never shouldered any kind of responsibility earlier. He spent all the money that he earned on his friends. I had tried to stop him from doing so. I wanted him to realize his responsibilities. But he chose to break up with me.

He had blamed me in so many ways that I would often end up questioning my own identity.

I would always feel that I was the problem because I could not handle our relationship. I had blamed myself for almost 4 months for the breakup.

My heart has been broken so badly that I am not too sure about my emotions anymore. But he understands all this. He finds happiness even in the smallest thing that I do for him.

Soon after entering into our relationship, I decided to focus on my work. I was so addicted to the work that I did that I hardly had time for ‘S’. Yet he never complained. In fact, he always supports my dreams and motivates me to achieve them. There are times when he needs me but I am busy working. But he understands how important my work is to me. I too feel very guilty at times.

Maybe I feel this way because I know I am not able to invest my time to nurture our relationship.

But when I tell him about it he brushes off my concerns and says he believes in my love. He then very calmly makes me feel loved.

The only thing about me that irritates him is the way I blame myself for everything that goes wrong in my life.

We have not yet become intimate in any way because he wants to give me all the time I want to accept him and love him completely.

In fact, my friends keep joking about this. They say that we will enjoy our first night together only after we get married. His entire family knows about us. He ensures that he includes me in all his career or family related plans. Every time I think about him, I feel like I am living a fairy tale like life.

Yet I have my share of doubts too. I learnt to face the harsh realities of life after breaking up with my ex. I feel I have become a bitter person and hesitate to express my feelings freely now.

So I often tell ‘S’, “Let’s not plan so much. We don’t know if we are going to end up together.” And every time I say this he will smile and say, “I will never let you go anywhere my Dhinglu (doll)!” I don’t know if all this is for real or if I am living through a fairy tale. But I do feel special because he loves me so much.

Every time I think about him I quietly thank my stars because I know I am blessed to experience this kind of ‘true love.’ He is truly the most amazing guy I have ever met.

He is going to set up his new business in his hometown. So we are going to experience a long distance relationship now. But even here he ensures that I never feel lonely. He wants us to get engaged before he leaves. He says, "I want to make sure that you and everyone around you know that you are mine forever and there will be no looking back for both of us."

Despite all this, I still cannot stop comparing him to my ex. Why do I still do this? I share everything with ‘S' – even these thoughts that I have about my ex and him. But he calmly tells me only one thing – "Babu, it will take time. Don’t worry. I am there with you. Time will heal everything. I will fill your life with so much love that you will forget everything.” He never gets irritated when I ask him such things.

He simply says, “I have fallen for you the way you are. I accept you along with all your past demons. Why should I get irritated when you ask me such things? I know what I am getting into and I will be there with you every step of the way.”

I wanted to share my story here because I am still finding it difficult to believe in ‘S’ and the love that he has for me. We have not had a single fight so far because more often than not we understand each other so well without even saying anything.

I wanted to know if it is really possible for someone to love you so much. The past two months have been the most beautiful months of my life because he filled my life with all his love.

I want to believe him. But should I? Can all this really happen in real life? Does ‘true love’ truly exist? If it does exist how will I know that what I feel for him is love and that it is true?

We all take our own time to heal. And it takes a lot of maturity to understand the emotional turmoil that a person with a broken heart experiences. Do share this story so that this young lady learns to have more faith in herself and her ability to love again. She is fortunate to have such an understanding, patient and sensitive person by her side. I’m sure she will get the clarity that she is looking for at the right time.

LET'S FACE IT
The Golden Bird
BAKKAR. CHAI. SUTTA
LIFE IN THE TIMES OF CORONA
STOLEN DIARIES
HOW'S THE JOSH