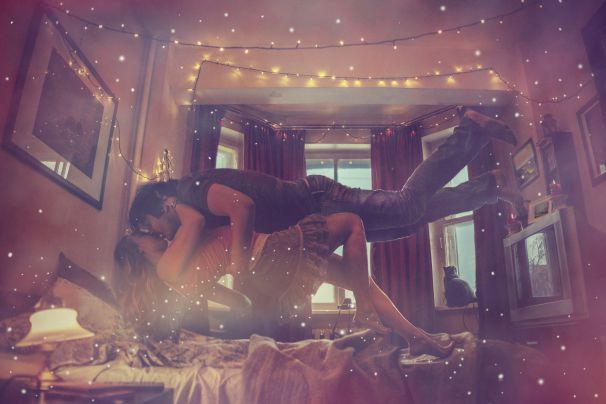 I previously wrote 'I Cheated On My Boyfriend, But That's Not What's Troubling Me'.

So at the end of my last story, I started talking to this guy. He didn't answer a few questions of mine so things are still hazy.

But now, I don't want his answers. Now, I just want him, I want to talk to him, I want his attention. I can't stop myself when it comes to sharing my feelings with him.

We started talking and we used to chat almost the entire day. Sometimes, we used to talk over calls, sometimes we were yearning for each other's attention.

We met 3-4 times. He met with my other friends as well. And the liking got converted into love (at least from my side). He also admitted that most of the times, he feels love for me but he hates to admit it, as he doesn't want to wrap his head around any kind of commitment.

Everything was going well. I used to share all my problems related to my boyfriend or my family, and he was always concerned about me. I was getting possessive and insecure about him. I didn't want to be but I couldn't help it because I truly love him. And he didn't want me to put any condition or restriction on him. I guess that was fair enough on his part because we were in a casual relationship. But whenever he mentioned the name of other women, my heart would drop, my stomach would fall. We always wanted to spend some time alone but there were some constraints. And we were ready to wait for it.

In between, he went out of India for some work and I was scared because I thought that he wouldn't be able to talk to me and I couldn't live without talking to him. But we kept talking over messages. And after getting into a relationship with him, I change a bit. For instance, I keep writing something for him.

I sent him one of my writing pieces and told him that no one can love him as much as I do, and he agreed and told me that he didn't understand why I love him so much when he can't reciprocate in the same way.

I told him that is the irony. So it was an ironic love story and the same day he told me that he is seeing someone abroad. That made me so upset. Then he told me that whatever it is, his attention and affection will remain same for me always. I trusted his words.

Meanwhile, when he was not in India, I shifted to a new place and he was very excited about it. He wanted to visit my place ASAP, and I also wanted the same.

We planned it so many times but it didn't work out. And whenever the plan got cancelled, I used to get upset but each time, I understood his all reasons.

Then my birthday came. I planned a party at my place but secretly, I just wanted to celebrate my birthday with him only. I never told this thing to him because I knew that he might resist this idea. But he was excited about my birthday and wanted me to have a great party.

My last story got published the day after my birthday and I immediately sent him the link. He was completely wowed after reading it.

Then, he was going out of the city for almost a month. Now things had started changing. He wasn't replying to my messages. He used to reply it after a day or so. He told me that he was quite busy and not handy with his phone. I understood. He told me that as soon as he returned, he would come to my place. Just in the excitement of that day, I was not acknowledging how he was avoiding me.

He came back, caught a viral fever and got hospitalized. I was concerned for him. I kept asking him that how he was feeling but the way he was responding to my messages was hurting me.

He got well but still, his way of responding to my messages was delayed and disinterested. Sometimes, he'd read my message but not reply, sometimes, he would reply after a day or so.

All this was killing me, and I finally began to feel like this relationship had no future, that he would never meet me or come to my place. I used every inch of my willpower to resist talking to him. It was hard.

He finally decided to visit and I was super excited. I made a hearty Italian meal with some killer pasta. I was ready to do anything to make him happy.

We had a great time together. I asked him some questions which were haunting me. I got some answers, and the rest were buried in silence. Then it was time for him to leave and I wanted to spend some more time with him, so I asked him to stay back from just some more time, just long enough for me to feel like we were really together. I wanted to hold him and cry but the tears would emerge.

When he left, I broke down uncontrollably. There was a deep sense of loss like something was missing, and I didn't know what it was. Ironically, I couldn't share this pain with him because it would violate the rules of this relationship. He would hate to confront all my emotions at once. I couldn't let him bear the responsibility of the emotional turmoil I was facing because of how I fitted him in my life. He would leave me the very next moment if I had done such a thing.

So I decided that it was best to let go and move on. Anyway, once he had left my place, he went radio-silent again. Not a word, not a peep. It was killing me all afresh.

His ignorance of my feelings was f**king up my bliss.

I can't share my situation with anyone. Everyone thinks that I am in depression because of my job and other stuff but no one knows the real reason.

I am obsessed with him. I wanted to ask him why he's doing this to me. Why does he say such nice things to me when he can't prove if he really means it?

A person who used to talk to me for the entire day now doesn't reply to my messages for hours. I feel shattered. I never felt this way in my entire life. I wake up in the morning and the first thing in mind is him. It makes me cry. Whenever I think of him, I crumble. I'd rather have the ground beneath me split up and swallow me whole.

I'm hunting for a delete button to erase him from my mind and I come dangerously close to erasing myself instead. But I can't hate him. I love him. I always will.

I just want to grab him by the shoulders and shake an answer out of him- What do you feel about me? Who am I to you? Why did you ever want me, and now, why the hell are you running away?

But I have lessons, not answers. I used to hear the words 'anxiety' and 'depression', now it feels like they're permanently tattooed into my life. I UNDERSTAND it, you know what I mean? I have lived a crippling and intoxicating love.

I used to be a practical girl, now I don't know how the mind and heart can follow their own paths without killing me.

I'm not going to block him anywhere. I want the immensity of my heart to heal and move on, without having to avoid him or the reality of loving him.

I just wish that people could respect it when someone gives them a piece of themselves. Someone really cares and it should mean something. Maybe one day, he'll realize the importance of being loved and won't fight it, for my sake, but mostly for his own sake.

Share this story if you understand that heartbreak can be shattering but the person who experiences it remains as beautiful as ever, just like the inside of a kaleidoscope.