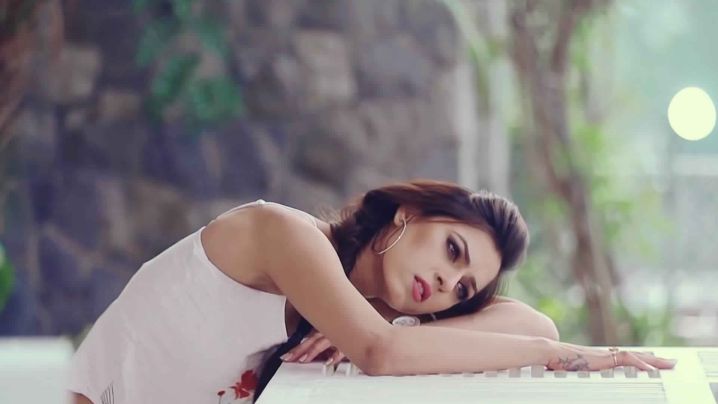 I am basically a person who is always hopeful. I would always be very happy though I suffered from mild depression sometimes. Maybe this was because I had been brought up like that. As a typical Asian, I was under pressure to score well.

Also being the eldest amongst my siblings I always felt I was never good enough.

Things were fine in my life until I entered into all these relationships. I started going to college and fell in love with a student there during the 2nd year. He was my first love. But I was not too hopeful about the relationship lasting for a long while.

I lacked confidence in myself so we decided to go our separate ways. He did not hold a grudge against me. In fact, he was good enough to ask me to always be careful about the relationships that I got into.

After a while, I fell for another guy.

My ex-boyfriend warned me about him. He told me that he was not a very good person. But I did not listen to him. He was right. The guy I got involved with turned out to be a flirt.

My ex said he could not protect me anymore. He told me that he needed to move on with his life. I could not stop him from doing this. Meanwhile, the guy I was with left me after a while. I realized that it was my fault that I had ignored the advice of my ex-boyfriend. I had argued with my friends too because of him.

Now this second boyfriend of mine started spreading rumours about me. I was really broken by the rumours.

My friends and I became enemies now because they had started gossiping about me. I realized that I had created all this mess in my life.

I had taken bad decisions and had been stubborn about many things. I hated myself now but I had not known that all this would happen.

I now wished I had just focussed on my studies. I knew it was my fault. I would not have felt hurt if I had not loved that person so much. He was a flirt and I should have known that he would leave me at some time or the other. But I ended up getting blamed for the whole thing. Everyone thought that I had cheated on him. Whenever we had a fight, somehow I was always in the wrong. He told me that I was trying to manipulate him.

Only when things were totally messed up did I realize that I had made the biggest mistake of my life by trusting him. I had been stupid enough to hang out with him because I wanted to hear his sweet compliments.

I then ended up getting more depressed. I overdid things by cutting myself. It was at this stage that I met my current boyfriend. He was a very quiet guy. He didn’t shout much. He talked softly. We started off as friends and talked a lot with each other.

I took my own time but finally fell for him. The first year of our relationship was a bit rough. One day we ended up fighting about something. He said something that really hurt me a lot. So I slapped him once. He too slapped me back once. I know I should not have slapped him if I didn’t want to get slapped in return.

I do realize my mistake now. But he would often indirectly say that I was gross because of my past relationship. But despite all these problems, we did have our sweet moments too. He was very patient with me and he would always spend time with me whenever I felt depressed. Towards the end of the year, everything was beautiful and perfect between us. He was very loving towards me though we did argue sometimes.

Both of us were living in an apartment now. Once he just packed all my stuff, threw my bag outside and asked me to get lost. He was very angry with me at that time. I held on to him though he pushed me out. He tried to leave the apartment but I held on to his leg. I begged him to stay because I knew I would be very happy with him. I knew he too loved me. I really love him a lot. I cannot imagine a life without him.

But he gets angry because of my past relationship. I don’t really blame him for it too. I myself hate the things that I did in my past. I know anyone would be angry about it. I still remember that he once told me I was a disgusting person. He was right. Despite being in two relationships earlier I had told him many mean things. I had even called him a monster once. I also know that I irritate him a lot. Now that he has gone away from my life, I want to spend time with him.

But he is always somehow very busy now. He just disappears for 2 hours suddenly without telling me where he went. He has enough time to go the gym and work out. He says he wants to be fit even though I am not very particular about his looks. When I ask him why he doesn’t spend time with me he says we have already talked a lot with each other. Sometimes I ask him to reduce his work out time and spend time with me.

But I guess I am being unreasonable in expecting such things from him. It’s not like we don’t talk. We do talk but very briefly.

I don’t know where exactly I am going wrong. All I know is I really want him back. I am really hurt by his behaviour and feel very confused. He has blocked me on social media.

I often feel that I am at fault here too. Maybe I am very demanding. Maybe I feel broken because I have been through so many failed relationships.

There are plenty of other instances that have hurt me but I know this is just my side of the story. I may have missed out on a lot of details.

Maybe I am unable to see things from his perspective.

Right now all I can do is sit down and cry. I just hope he accepts me again.

Why are we so dependent on other people for our happiness? Let’s learn to invest in our own personal growth and happiness first. Happiness can come from various other sources too. Let's lead such full lives ourselves that we end up falling in love with ourselves. Let’s share this story and learn not to feel so guilty about our mistakes and our past relationships. They have served their own purpose in our lives and have made us beautiful in our own way.