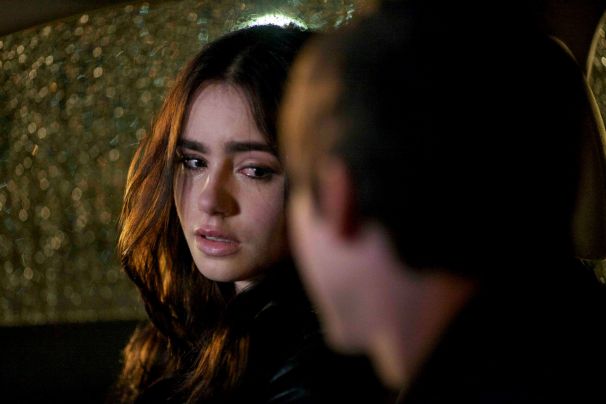 We had met only three times for a couple of hours but our bond was strong enough to keep us together.

We had shared a long distance relationship for more than two years. He had just completed his post-graduation and had managed to get a job in a company in the U.S. He wanted to meet me before he left for his first assignment. We decided to travel from our respective hometowns so that we could meet in Delhi.

When he came to pick me up at the airport, he was wearing the same shirt that I had gifted him on his birthday. I felt happy and hugged him immediately. I was thinking of staying with my friend that night. But he had booked a room in a nearby hotel.

I was a little hesitant to stay with him but he convinced me to do so.

We started chatting but I could sense that he was constantly staring at my breasts. I started feeling uncomfortable and he realized this.

He said, “He had all the right to stare at his property.” I just smiled at him and we smooched. I realized that I was truly deeply and madly in love with him.

We then had our dinner at the restaurant and headed back to the room. I was very tired so I thought of taking a nap. So I kept flipping and adjusting on the bed. I finally managed to fall asleep. Around an hour later I felt his fingers caressing my b*obs. He then slowly unhooked my bra.

To be truthful, it felt great and I let him continue.

I did not move. He then came to me and started kissing my neck. We smooched again for a while. He then unbuttoned my shirt and explored my body.

The next morning I left for Bangalore and he left for the States. We stayed in touch over video calls. One fine day, he called my parents because he wanted to talk about our marriage. I was on cloud nine when my parents called me and told me about his call.

We met again in Delhi when he came back to India. I was blindly in love with him. This time we had sex.

I was very sure of getting married to him so I did not think much about it when we made love. He promised to talk about our marriage to his parents and we parted ways after that.

I didn’t hear from him for the next two weeks so I tried contacting him. He disconnected the call and sent me a message saying that he was trying to convince his parents about getting married to me. He then called up my parents after a few days and asked them for my horoscope. My parents sent it to him.

A week later, he informed me that things could not materialize because our horoscopes did not match. I called him up because I wanted to know what he thought about this orthodox belief. We spoke for 3 hours and he told me about all that had happened in his house.  He cried a lot over the call. He told me he would have to make a compromise and marry another girl.

He concluded the call by saying that he was sorry that he could not marry me. I was shattered. I cried a lot and was stupid enough to even feel bad for him.

After this incident, I started concentrating on my career. I cursed myself and felt ashamed of giving myself to him. I started falling sick very frequently after that. So I went to see a doctor. She asked me to get some basic tests done.

To my horror, I discovered that I was 26 weeks pregnant. I can’t express how miserable I felt that day. I went to a nearby temple and cried my heart out. I questioned my existence.

I had no clue about what to do next.

I tried contacting him again but his friend told me that he got married two months back and was now settled in the U.S. with his family. One of his friends was also working in Bangalore. I had spoken to him a couple of times earlier. I knew I could not ask anyone else for help. So I told him my part of the story over a call.

We met for coffee the next day after office hours and I told him about my pregnancy. I did not expect him to do so much for me.

He got an appointment with a gynaecologist. He told her that the pregnancy had happened by mistake. He then told her that he was my fiancé and we were getting married next year.

He convinced the doctor to help us abort the child.

I was already 26+ weeks pregnant by then so the doctor explained that I would have to go through a proper delivery procedure and depending on my health conditions it would be a normal or a C-section delivery. I was shocked when she said this but he was managing the situation extremely well. We opted for a C-section. He took an appointment for the next day.

I called my parents and told them that I was leaving for a short-term on-site assignment and would contact them soon. He took a day off from work and accompanied me to the hospital. He sat outside the OT and met me post-surgery. He stayed with me in my room that night.

He was constantly talking to the doctors and looked worried. I had no words to thank him for doing all this for me.

He assured me that things would be fine in no time. I was discharged after two days. He completed all the formalities, made the payment, bought all the medicines and plenty of juices and brought me back to my flat.

He saw the condition I was in and realized that it would be difficult for me to stay alone. So he would get ready for office, come to see me over breakfast with milk packets, bread, eggs etc. He would keep all the medicines in place, tell me what to eat when and then leave for his office. He would then visit me again at night after he had dinner.

I could not even speak to him properly because I was feeling so guilty and ashamed of myself.

I would sleep all through the day when he was away at work. But I would feel dizzy when I got up because of low BP and weakness. I would get up only to take a shower and visit the washroom. After a week, I finally managed to come out of the room and could now walk around the flat.

I found the flat in a very tidy condition. All my clothes had been washed, ironed and arranged in the cupboard. The kitchen, dustbin, doormats and curtains were all so clean and arranged properly.

I took a head bath, changed into a proper skirt and top and realized that my stitches were healing. When he came to see me that evening, I looked fresh.

He was happy to see me getting better. I thanked him with tears in my eyes. I knew he had really gone out of the way to support me. But he did not say anything much to me.

I resumed working after a week. We continued to meet for lunch on weekends. We were more of friends now than just acquaintances. It has been two years since this incident. When I recall all that happened at that time, tears start rolling down my eyes. He now wants me to erase all those heartbreaking memories and start a fresh life with him. He wants me to marry him.

I confessed that I may not be able to feel for him like a wife. I asked him to just continue being good friends with me. He said, “All I know is that I feel for you as my spouse. Will you say “Yes” and marry me now?”

I am not sure if such good human beings exist in this world. All I know is that it is important to move on and say “Yes” to every single opportunity that comes our way because it may turn out to be the best one in our lives.

We do hurt quite a few people with the mistakes that we make all through our lives. Often we are unaware of it. No one deliberately makes a mistake. But only a few people stand by us when we make a mistake, accept us the way we are and help us move on with our lives. Do share this lovely story because this young woman is really lucky to have such a sensitive and mature man in her life now.