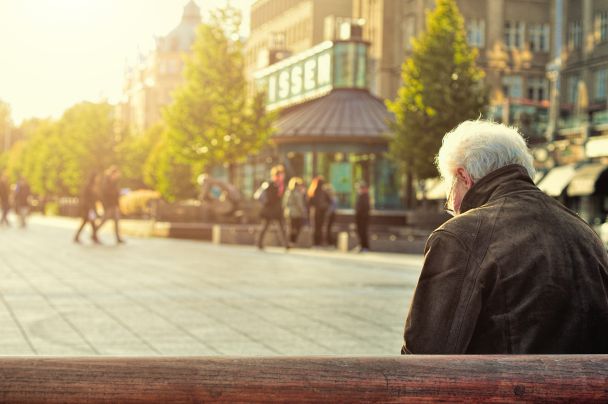 My father is my inspiration. I’ve been thinking about writing something and dedicate it to him. So, this is my opportunity to talk about the man who matters the most to me, my father.

Mr. Tulsiram Shirwayya passed away on the 7th of June in 2015 because of a heart attack. He was 56 years old and left his parents, his wife, and 4 kids. Me being one of them.

It’s never been easy, for a child to accept the death of their father; especially if it’s an unexpected one.

Everyone deals with death differently. My father, being the prime example. We all had our own ways to grieve. For some of us, it happened immediately, for some in the family, it’s taken two years.

As you can imagine, I’ve been thinking about him for a while now- his life, his lessons and more importantly, his legacy. My father always believed that we should motivate people to be a good person. From the bank to his house, or socially. He said it’s important to be a good person first, and then everything else. His friends and colleagues still tell us stories of how their relationship touched and changed their lives.

My father was a giver too. Along with that, he never expected anything from anyone that he didn’t first expect from himself. He was an exceptional man. He left behind so many good examples and stories behind.

When my father passed away, I was broken, in a way. I’ve spent the last two years trying to piece my life back together. I’m still figuring out how to make sense of life without my best friend, but at least I had the chance to get to know him first.

Life is raw, it’s real and it has ways of filling you up and emptying you out at the same time.

I want to take this opportunity to share some of his insights with the world. First, he said that we should never take anyone for granted. Secondly, we should always learn to let go. Holding on to anything, from a thought to a person, brings only misery. Third, surround yourself with good people. That is one of the best ways we can aim to become the person we want to be. Fourth, people leave for a reason, learn from the reason. And finally, just live. There's just one life, live and love in this one life to the fullest of your ability.

Thank you, Papa. For all your love and wisdom, and every little thing in between. I miss you.

Share this story, because it's always hard to witness the death of a loved one, especially your parents.