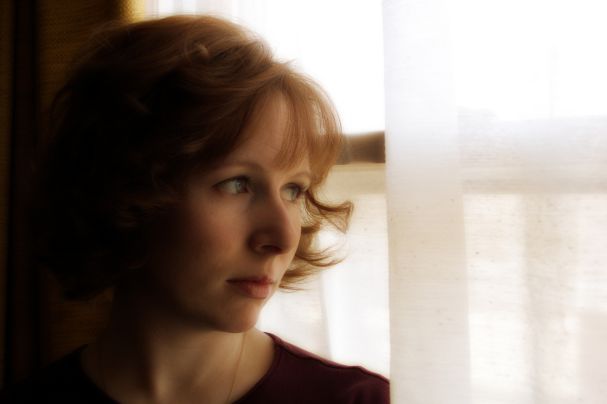 It was the 31stof December 2006 when I was 23 years and lived a fairly vivacious and outgoing life. I was a fun-loving girl, from a middle class and conservative family. Let alone having a boyfriend, I was an obedient good girl of my parents who did what was told and asked for me.

I was exceptionally ecstatic that evening as I had been selected for the position of an air-hostess with a leading public airline.

It was a government job and I was going to meet a guy for marriage through my parents. They had short-listed this proposal for me and I trusted their decision completely. The previous night to this meeting, I ended up partying with my friends until the wee hours and the next evening, he was set to meet me. What surprised me was that he came along with his teenage cousins, two of them, and not any elders from his family.

I was naïve and wasn’t too sure of what I was supposed to talk about and so during our conversation when he began praising me and ranking me on a scale of one to ten on various attributes.

In the following days, we began chatting on the phone and although, as the days passed by he began behaving weirdly with me.

One day, he told me that he went to my college and got to know a few things about me and kept insisting on telling him if I was hiding something from my past. He couldn’t believe that I had led such a normal in the past. I told him I have male friends but nothing more than that ever happened. He began changing his behavior and he began screaming at me and misbehaving with me.

Once he even told me that he had something important to tell me and that I should listen, when I agreed, he told me that he didn’t want to fight anymore and if I did fight with him, then there would be no love in our relationship and he would be nothing more than a husband to me and will bear me a child, just for our parents and society.

I was shaken when I heard all of this and told my mom the very next day that I didn’t want to marry this man because I would never be happy with a person like him.

But my father blamed me instantly and told me that I definitely must have done something to upset him and that he was going to investigate this matter on his own; and until he did this, I would have to agree to continue the preparations for the wedding.

Little did I know that he was yet to show me his true colours.

The next few months were nothing short of a nightmare.

He wanted me to consider him as a God and me, his slave. He abused me mentally, physically and even sexually. He would torture me for hours and then snap at me when I wouldn’t end up doing things his way. He even threatened to break my head into pieces by hitting me with a rod. He began blaming my parents for not bringing me up well. He even said that he was an honest man, while I was a modern, misbehaving girl.

All this while, my parents had no clue about what I was going through as I wasn’t allowed to speak to my parents- he even shattered my phone soon into our marriage.

I was only allowed to speak to them when he was around and he monitored all my phone calls. There were nights when he burned me with cigarettes, hit me with his shoes, pulled my hair, pinched me, hit my thighs and stomach too. He used to lock me inside the house every single day when he left for office and called every hour to check up on me.

He doubted my character and would even call me a prostitute. He would abuse me in the worst ways possible.

Surprisingly, I couldn’t think of running away or even leaving him. My brain had stopped working and I just did what he told me to. I dreaded the time he would come back home. Surprisingly, all this while I was still not ready to go talk to my parents about this.

On certain days, he would just force himself on me and tell me that that’s exactly what women are meant for.

The nail in the coffin was when one night, he beat me and tore my clothes to pieces. He abused me all night for having dinner with his sister and her husband when he wasn’t in town. He said that because I had dinner with his brother-in-law, I should also go sleep with him.

From that day on, I waited for his sister to leave. I waited because I knew that she would have blackmailed me into staying on.

God helped me when he had an off sight planned. I begged him to let me go and meet my parents. He knew that if I went, I wouldn’t come back so he told me that if I didn’t return before he did from his trip, the doors to his house would always be shut for me.

For the first time in three months, I tried to gather all my courage to talk to my parents about my situation. When I did, I cried. I cried for hours and hours. The next day, I packed everything I possibly could and after 3 months and 10 days, I left that hell.

I was scared and had no confidence anymore. I wasn’t sure what people would think of me. His family members from all over came and tried to convince me to stay with him, but I absolutely refused to listen to them.

I never went back. I was sick and tired of him and the way he treated me. I thought one day, he would come and try to talk to me, but he never had the guts to come and meet me at my house.

My father even asked him to come, but he didn’t.

He kept calling, for almost six months and once I told him that I won’t be staying with him ever again and that he should stop calling me, that’s when the legal proceedings began. My family and siblings were a huge support through this entire time and I wouldn’t have been where I am today because of them. There were days when I couldn’t imagine myself going to a shop and buying candy for even Rs.2!

I fell severely ill for the next few months and that’s when my dad decided that it was time for me to do something for myself. To bring me up from all of this depression that was surrounding me. I got myself a job at a leading private bank and I started working and earning well. With each passing month, I got my confidence back.

Those three months turned my world upside down but they also gave me wings. I got to know my true worth and strengths and that’s when I realized that I am responsible for my life choices and no one else should be blamed for the times when I choose to stay silent.

Today, I am happily married and have a four-year-old daughter. I just want to send strength, hope, and love to all those women out there who are too scared to invest in themselves. Believe in yourself and trust your parents and those who love you, it may take a while, but they will always put you first before anything else in this world.

Share this story, to inspire a lot of women out there searching for love and more importantly, support.