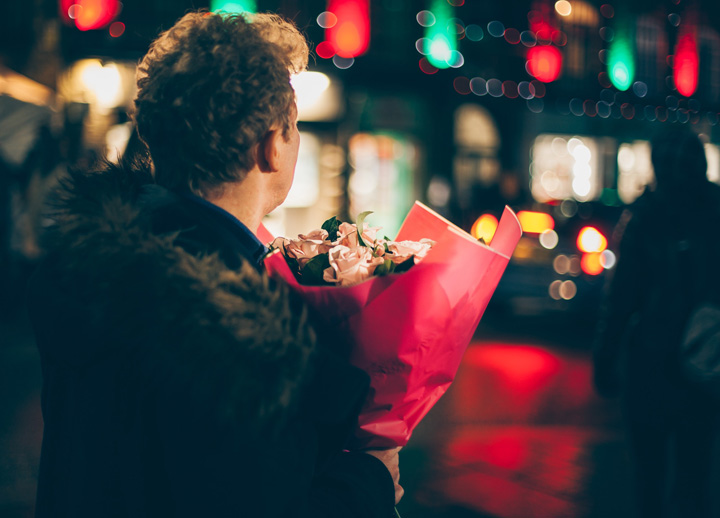 That’s the most stupid expression in the world. ‘I fell in love’—as if you had no choice. There’s a moment, there’s always a moment; I can do this, I can give in to this or I can resist it. I don’t know when your moment was but I bet there was one. ~ Patrick Marber, Closer

Since the moment I met my current boyfriend at a dinner party years ago, I have been his. He was married at the time, but in our moment nuptials didn’t matter. Nothing did. Except the immediate sense of knowing that a seedling of great love had been planted.

I chose to give in—to his devilish smile, attentive gaze, graying temples and effortless charisma, beneath which I sensed precious hints of vulnerability.

I am not exactly a stupid person, so I didn’t get involved with a married guy expecting him to leave his wife, in spite of our passion. What I did was soak in every bit of the man I knew I could love from minute one. I took whatever I could get, however pathetic you might consider me for it. I never said no to impromptu encounters beginning with a brief text around 10pm. I never cared that we rarely went out in public. I never denied him sex.

“I can resist everything but temptation,” wrote Oscar Wilde in Lady Windermere’s Fan. When it came to my married man, I appreciated this sentiment to the fullest.

The inevitable question: Did I feel bad about my 'Other Woman' status? Honestly, not so much. It could be that I was able to dodge whatever self-loathing I was supposed to experience because I never believed in the first-come-first-serve approach to the opposite sex. In middle school I resented the girls inclined to call “dibs” on a crush. Was it my fault that we met after he tied the knot? Though his claims about sexual deprivation were probably exaggerated, I also kind of blamed his wife for the fact that he seemed desperate to get laid. It’s f*** or get f***ed, right? In all seriousness, though, I didn’t feel bad simply because we made each other that damn happy.

It was shortly after my older sister Céline passed in the spring of 2009 that my emotional needs started to change. A void needed filling, perhaps, because an affair was suddenly inadequate. So I dared to ask my lover whether he’d thought about leaving his wife.

His response, stripped of niceties: “Not possible.” Troubled by the reality I had ignored—with an impressive or despicable amount of ease—for so long, I resolved to date other guys, effective immediately.

My main criteria? Unattached. I was finally growing up, right? No matter how optimistic I remained, however, no bond I forged could measure up to the one between 'The Guy Who Happened To Be Wedded' and me. Whenever I tried to convince myself that I could connect with another person equally (Chemistry is for beginnings! Lasting love has to be built, step by step!), the sensation of being in his arms would bubble to the surface of my consciousness. With a string of failed, short-term relationships in my wake, I began to accept that I might have to subsist on illicit love for the rest of my life.

Then, the impossible happened: She divorced him.

Six months later, freed from the burden of sneaking around, we became a “real” couple. In spite of what you might guess, the intensity between us survived this transition. Because no matter how much I had wanted to believe otherwise at times, we were never merely in lust.

With my man officially by my side, I could not have been happier. But as our relationship evolved, I clung the notion that I hadn’t played a significant role in the divorce. To believe that I was a key factor in a couple’s undoing would be to lend myself too much credit, I often told friends. Over and over, I coached myself: Affairs don’t happen in a vacuum! You’re not such an accomplished seductress! Her mistake is your gain, so embrace it and move on!

But one night this past summer—roughly two years after the divorce papers were signed and our relationship earned its quasi socially acceptable status—we were having drinks with a friend on the rooftop of SoHo House when he said it: “I left her for Mélanie—not technically, but that’s the spirit of what went down.”

Digesting these words, I expected them to taste sour. After all, his admission contradicted the claims I had been making—to myself and to anyone who asked—for a long time. They stamped out every attempt I had made to diminish my role in the divorce or to excuse myself from stealing someone else’s husband. What some call theft, others call rescue, right? Instead, I felt awash in truth—cleansed.

Maybe my boyfriend didn’t file the initial paperwork. Maybe he and his ex-wife could have overcome whatever marital setbacks they were having if I hadn’t entered the picture. Maybe I’m a home wrecker.

Am I supposed to feel guilty? Is our love supposed to mean less? Do you want me to say sorry? I can’t.

I’m not saying that what I feel is right, or that it ever has been. All I know is that my boyfriend and I are right for each other on a level I feel lucky to understand. For me, that’s enough. 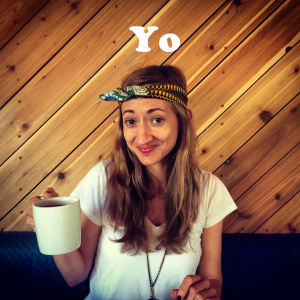 I adore the following, in no particular order: knee-high tube socks, acrostic poetry, and my little brother. There's more!