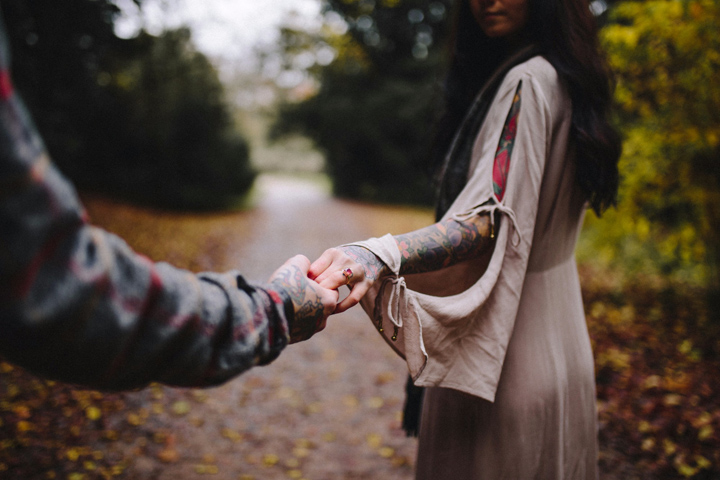 There are 4 things which one can never recover:

Something similar happened with me. To start with, I am a 32-year-old normal working guy who is trying to find out his way through a massive break-up.

There are plenty of people whom we meet in our life - passersby, acquaintances, friends, family and some special ones, the one’s for whom we care a lot (even though they do not give a damn about it, but we still love them).

My story starts 26-27 years back when we were in kindergarten. Like in a typical Bollywood movie, I fell in love with Shree the moment I saw her. At that age where I was not sure what it was about, I was certain it was something special. I never understood that. Whenever she was near me, my heart started pounding like it was about to come out of my body. We studied together in the same class, went to the same tuition, participated in the same extracurricular activities, almost everything. Our families have known each other for a very long time. But even after all this, I could not find the courage to speak my heart to her. Why? Simple- the constant fear of losing the love of my life, a friend whom I could never see getting hurt or sad because of me.

My feelings towards her were not completely unknown to her, but like any other guy, I was quite shy to express my feelings and she knowingly chose to ignore it. As time passed, we moved to our teenage with dreams, career goals, and ambition. We chose different paths and my love story came to pause. We scaled up on our age, moved to different cities, performed different roles and responsibilities. The situation changed, responsibilities barged in, and my feelings were on the back burner, but they never died.

Suddenly after 16 years, in a school reunion, I came to know about Shree’s whereabouts in Pune. Then like a Bollywood movie hero, I moved mountains to find and reached out to her.

It was an extremely exciting feeling to see her after all those years, although to meet her, I had to make a silly excuse of attending a friend’s wedding. But that sweet little lie got exposed the moment I saw her after 16 years. Initially she was shocked about the lie, but eventually, I was able to convince and apologize to her with a bunch of roses.

We sat for hours, trying to catch up the bygone 16 years of our lives, and eventually found out that we shared the same feelings for each other. So without wasting any time, we decided to speak to our parents.

Parents in India claim that they are open minded, and advanced, but when it comes to marriage, they become the stereotypes and start creating caste drama. I too went through this phase, and I never understood why it happened. Who is the society? Is it not us, the children? Then why? What is more important than our happiness? Our family’s happiness?

Society is not going to be there when you are sad, sick or suffering but we are. Anyhow, we managed to pass through that also.

But this not where the story ends, life had kept some more surprises for us, for me.

Like any other normal couple, we made promises to each other to never ever leave each other, pursue each other’s dreams, ambitions, and take care of each other’s families, as we were getting ready for the next big step of our lives, marriage.

Suddenly the wind started to blow south. Shree, out of nowhere, started accusing me, shouting at me, and blaming me for things of which I didn’t have a clue about. They were extremely long conversations, over phone and WhatsApp, where I tried to understand what went wrong and wanted to resolve the unnecessary tension growing between us. I spoke to her mother, (who loved me like a son and I too loved and respected her like my mom), and she too took a U-turn. I desperately tried each and every option to talk to her, but Shree didn’t want to listen to me.

The one you love the most will hurt you the most I realized on that very particular day.

How can people turn their back on you within minutes, even though you know them, love them, and care for them? Days passed, I tried to reach her through phone, text, emails and social media. But as expected, I was blocked on every front. I tried to understand (still trying to understand) what went wrong. The one who was ready to leave everything just to be with me doesn’t even bother to respond to my calls.

After 8 months since we broke up, I went to her house, driving all the way from Bengaluru to Pune, just to get one answer- WHY? Why did she stop talking to me like this?

Leaving all my dignity and self-respect aside, I knocked on her door with a delusion that she will speak to me, and everything will go back to normal and our relationship, the relationship which we both cherished a lot, will be saved. But as expected, she couldn’t tell me why she did this to me. And to some extent, I knew that she herself didn’t know why she did all this. I guess I am never going to get that answer from her. So, to Shree, all I can say to you is:

Life is all about a journey, in which, we meet many people, some walk along with us and some walk away from us. We all have our own journeys to make, with whomever, we choose to be with. At least show some respect to the person whom you claim to be “your life”. And, if you have to leave, at least tell that person the reason why you are leaving them. Uncertainty can cause dire results! People do lose trust and faith, just because of the silly mistakes of the loved ones. I pray yo God that no one ever goes through what I did.