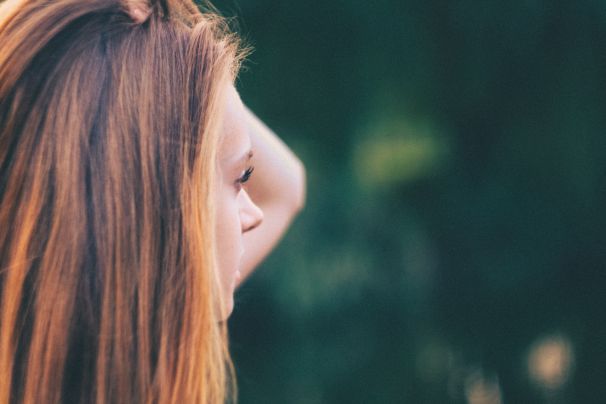 When I was 6 or 7 years old, my cousin brother tried to sexually abuse me. He said I was his favorite sister and I was disgusted. He would lock me in his room and touch me inappropriately. He always brought me chocolates and I was too naïve to understand what was truly going on.

And now that I know, I can’t even face him when he comes to our house, with his head held high. My dad is the main reason I hate men. All my childhood, I’ve seen him beat my mother, my brother, and I. When he used to come back home in the evening after work, we would all just run to the other room and pray that he wouldn’t have to face him. Because his temper was a work of the devil.

Once, prior to my 12th board exams, my father beat me and my brother badly. The next day, my mom sent us to our aunt's house to study for our exams. When I came back home, two days later, they had a fight again and this time, my father disappeared. At this time I was so tensed about my college admissions.

Two days before the results were out, he came back home and made a huge scene in our society. When I got 89%, he treated me like the most beautiful daughter in the world.

The very next day, he told us that he had decided to leave us and go to Cochin. He left us in the middle of nowhere. On my 18th birthday, I had to choose between my parents. I told my teachers about what had happened to us and they helped my mom get a job in my school. We later found out that he was having an affair with another woman and is now living happily with her.

When I met my first love, I was happy; my life felt fulfilled and complete. He used to treat me like this princess. He took care of me, knew about my past and respected my mother for all that she had gone through. We had a great time together until one day, he told me that his mother wouldn’t accept our relationship. She said that since I was from a different caste, we would never be allowed to get married.

I understood this and accepted this decision positively. At least he told me the truth, I thought to myself.

But after this, he began telling me that I should date his friend, of course, I was shocked and immediately denied. I was in love with him and I couldn’t see myself with anyone else, especially not his friend. I began blocking him from everywhere. I couldn’t be just friends with him. He is my love. I still love him. And I’ve not dated a single guy after him.

But now, after all this time, he’s come back and told me, “Love, I didn’t talk to my mom about us. I just wanted to get rid of you at the time so I made up an excuse about our caste. I don’t want you back because I’m already dating two girls right now, but I don’t want you to hate me, so I want you to forgive me.”

The ground split beneath my feet and I didn’t know what to say. Why did he come back? What does he think of himself? After knowing everything about me, he’s given me another wound to bear! How could he do this?

I’m just so confused. So scared. I’m never going to able to love again. I’ve had suicidal thoughts. It’s getting impossible to live in a world that’s filled with so much hatred for each other. Is it wrong to just want love? To just want someone who can take care of me? To just want to be with someone who says, “I’m here for you. I’m not going to hurt you.”

Share this story, because trust and love isn't a joke. Everyone has a broken story, a broken piece of them that needs to heal.