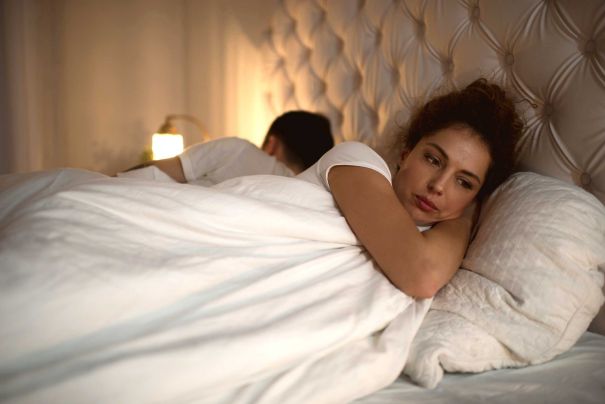 I had an arranged marriage to the most wonderful man but our backgrounds were as different as chalk and cheese. I was brought in an upper middle class family and he was from a lower middle class environment, but we never had any issues. His family is the best.

My dad was a strict father and had a ready answer for everything I asked for - an emphatic NO. I never had any friends while growing up. I was an extrovert to the world but inside, I yearned for someone to like me. Initially my husband gave me so much time, but as time went by, we just took each other for granted. I was always more open about my feelings for him.

We didn't even have any intimacy between us for 5 years for he thought I might get pregnant again. Within the blink of an eyelid, 12 years and 2 kids later, as he got more involved with work and kids, I started to feel ignored. Everything I did was criticised by him.

Then last year, I got in touch with an old friend of mine. We started chatting on Facebook at first, then exchanged numbers and started chatting on the phone. Suddenly I started getting attention from this new guy. He would compliment me and I liked it. At this point, I never thought of him as more than a friend. We spoke twice on the phone over the course of 45 days. Suddenly, my husband realised that we needed to spend time together and started paying more attention towards me, but perhaps it was too late by then.

He realized something was wrong and checked my phone one day and read all my chats. He was heartbroken and threatened to kill himself. I begged for forgiveness. I got to know of a new term for this- I had an emotional affair, knowingly or unknowingly. God only knows how much I regret doing that.

Sometimes, I wish the earth would just swallow me up as it won't make any difference to anyone. Some days I feel so depressed, but I have to put up a brave face for my family. My husband and I are still together because he forgave me and gave me another chance. But I want to ask- is it all only my mistake? Doesn't a wife deserve to be shown affection and love? Not everyday but at least once in a while?

Share this story because marriage may not be easy, but moral support is.