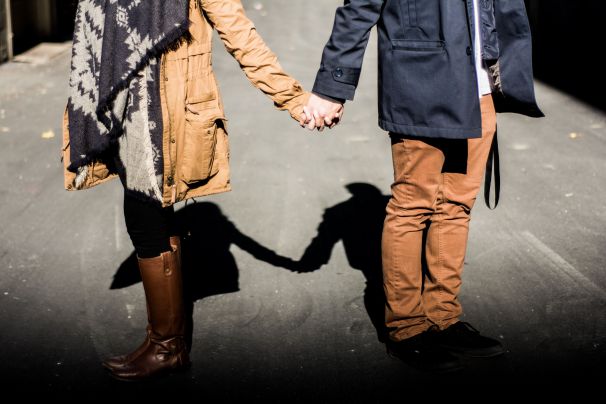 It all started when I was in college. I met a guy. He was a friend of my best friend and I was instantly attracted to him. The three of us would always hang out together at the movies, during lunch, after classes; we were inseparable. My feelings for this guy helped me get over the nasty break up I had in school. But after a while, I started feeling like a third wheel with my best friend and this guy. They used to frequently lie to me and I would be excluded from most activities. In the last semester at college, they started ignoring me completely and broke off their friendship with me.

I was so lost and alone.

I didn’t know what had happened and I didn’t have anyone else I could confide in. I ended up writing in diaries and crying at night, mourning the loss of two great friends. I didn’t even know what I had done wrong and despite my various attempts to make peace with them, I never got my friends back.

During this time, I met a man who was older to me. He was a decent man and he gradually became my best friend. He helped me with everything, from getting out of my depression to getting me an admission to a new college. He was always there, by my side. I realized that he had feelings or me and though I did like him, it was never the way in which he like me.

One day, I met my old crush in my new college. He apologized for the way they had behaved with me and wanted to rekindle the friendship we had. With his appearance, I realized that my feelings for him had not faded at all, despite the way they had both treated me. I agreed to put the past behind us and we continued to be friends. Everything was normal again, with the exception of my best friend. I still hadn’t spoken to her after college.

I was really happy to be reunited with my crush once again but I was upset when I started to sense a bit of a friction between him and my new friend. He didn’t like the latter and would try to avoid him at every possible chance. Not wanting to lose my crush again, I too started avoiding him, the friend who had truly been by my side when I needed him.

I should have realized then that thins were never going to be the same again.

Suddenly, one day, making all my dreams come true, my crush proposed to me, telling me he loves me more than anything in the world. I was so happy. I immediately said yes and we started dating. I was flying on the highest skies. Two days later, he pulled me back to the ground; he told me he was in a relationship with another girl- my best friend from college. He told me that they had started to develop feelings for each other and that they wanted to spend some time together without me being the third wheel between them and so they had decided to ignore me and exclude me from their activities.

The heart I took so long to fix shattered once again.

I decided to break up with him and to move on with my life. He cried and he pleaded with me. He assured me that I was the one he loved and that he would break up with my best friend because she didn’t matter to him anymore. I agreed. When he told her that he was breaking up with her, she raged havoc. She told us that she was too much in love with him and that she would never let him go; he belonged with her. Hearing this, he changed his mind and chose to go back to her, leaving me clutching at the broken pieces of my heart.

I returned to my friend, the one who was always there for me, to find him waiting for me with open arms and no judgement. I broke down and opened my heart to him while he held me and comforted me. I realized then that I would never be able to comprehend the intensity of the love he felt for me, an intensity I, unfortunately, couldn’t reciprocate, no matter how hard I tried.

A few days later, I met another guy; someone carefree yet deep, someone I could relate to. My friend didn’t like my association with him and, in an effort to finally be a deserving friend to him, I shut any window or possibility for growth of any sort of feelings. This guy is leaving the city soon and somewhere it hurts to think that I would possibly never see him again.

But this is life. When we are young, we gather experiences, have adventures and grow through life. It is mostly messy, mostly uncertain, but that’s where the beauty of it all lies, in its abstractness that never fails to surprise us.

We all know the pain of being at the receiving end of unrequited love, especially when we care about the person involved. Share this story if you could relate to the writer's emotional state as she traveled from not being welcomed to being loved with an intensity she couldn't reciprocate.