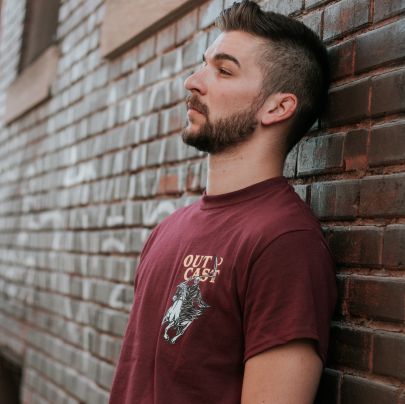 Arun and I met in college. He was a very innocent and kind-hearted person. He had stepped out of his home for the first time in his life. He knew nothing about the outer world. He had led a sheltered life with his parents so far.

He was very shy, especially with girls. Some of my friends and I motivated him to be more open with others. Slowly, Arun started interacting with girls too. We had a lot of fun in our lives at that time.

He met the love of his life, Renu, after a few years. She belonged to another caste so they decided to stay within their limits and just be friends.

But things slowly started evolving between them. They felt attracted to each other. Renu too was a very innocent girl. She too knew nothing about the outer world. There was just one difference between them.

They had fallen in love but had not yet realized it. Maybe they knew they loved each other but they never admitted it to each other. Maybe they were scared of disrupting their lives. So they chose to keep quiet.

They did their best to break up their friendship but they had already fallen deeply in love with each other. I knew everything about Arun’s and Renu’s relationship.

I never told them anything except this, “Quit this relationship if you know you can’t continue it in the future. It will become difficult to separate later on.”

Obviously, they could not do so. When they did think of parting ways, they started fighting with each other. There was a lot of emotional drama after that from both sides. They kept trying to break up and they kept crying. This continued for one long year.

They were then posted to different cities when they got their first jobs. Fortunately or unfortunately, I got a job in the same city as Arun. So we became room-mates again. Arun now started getting involved with another girl who belonged to his caste. Soon he got into a relationship with her.

But he did not tell Renu about it. He was busy with his new found love but I knew Renu was waiting for his calls and messages. Whenever Arun tried to talk to Renu, they would invariably end up fighting again. I asked Arun to tell Renu the truth. But Arun felt he would hurt Renu if he told her the truth.

I could clearly see that Arun had got a perfect partner for himself now.

I knew that Arun would definitely dump Renu someday. So I stepped in and told Renu that Arun was now in another relationship.

I suggested that she move on with her life. She was shocked when I told her this. She never thought that Arun would lie to her or hide anything from her. I then told Arun that I had told Renu about his relationship with another girl.

He was very angry with me but he did not say anything.

He tried to sort out things by telling Renu that the girl he was with currently had approached him. He then told her that he had not yet responded to her proposal. Renu believed him. But matters took a turn for the worse when Renu tried to commit suicide. This did not have any kind of adverse impact on Arun’s life because he was now totally busy trying to settle down in his own life with his new girlfriend.

So I again stepped into the matter and started supporting Renu. I counselled her and asked her to become independent. I told her not to rely on Arun, me or anyone else for that matter. I motivated her to focus on her job. I asked her to use her talents to progress in her career. I asked her to explore new places and enjoy being on her own.

Slowly Renu started moving away from Arun. She focussed on her career and her parents now. In time, I could see an amazing change in Renu. She was now totally focussed on being perfect in every way. She then came to our city for some official work. She finally realized that I had been telling her the truth all along. She decided to leave Arun forever.

He tried to recreate the old Renu again. He wanted Renu to be dependent on him and look at him with devotion in her eyes.

I told Arun the same thing again. I told him that getting involved with Renu would not do them any good because anyway both of them had to separate at a later point in time.

I told him that he had his girlfriend with him but Renu did not have any such person in her life. I asked him not to make her life miserable. But Arun thought that he could handle the situation by talking to her. He wanted her to understand his predicament and compromise for him. He wanted Renu to accept Arun and his girlfriend.

But things worsened between them. Renu broke off all contacts with all the people who were in touch with Arun (including me).

So now the friendship between us is gone. Arun too has become extremely formal with me. It’s been weeks since we talked to each other. I think I ruined everything.

At a personal level, Arun is finally completely devoted to his present girlfriend. He is talking to his parents about their marriage. Renu has earned a great reputation for herself in her company and is now a role model for others who work with her. So I guess all is well that ends well.

But this question continues to haunt me even today. Did I do the right thing by betraying my best friend?

If we truly care for a person we will tell them the truth without sugar-coating it. Yes, honesty hurts. We all do think a hundred times before hurting others. Yet, honesty invariably clears the air and simplifies all our lives to a great extent. We may believe that all those lies of omission and commission are necessary to grease our relationships, but the truth always reveals itself. Let’s share this story because a clear conscience means we have done the right thing.