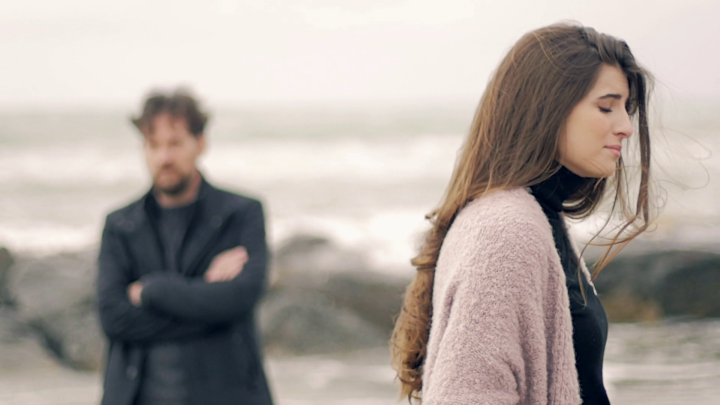 It all started when a girl approached me. She wanted to talk to me about my husband. She was somewhat about 5 to 6 years younger to him. I was obviously curious to know what it all could be about. What followed next was more shocking to me rather than surprising – my husband was blackmailing her.

"Did I hear that right? What did you just say? I think you’re mistaken for some reasons”. Of course, I blindly trusted my husband and like the loyal-loving wife I could never even imagine him doing something like this.

She asked me if I wanted to see the proof and I readily said yes because she wouldn’t have any. To my worst nightmare, she actually showed me few messages from my husband’s number in her inbox. I couldn’t believe my eyes.

After that when I went to my husband to ask him for his phone, he was reluctant to give it to me first and asked why I wanted it. He swore by our daughter to give him his phone back. Yes, we have a daughter together who is going to be 2 years old soon. We have been married for 6 years now and I will be honest, it was never an easy-to-go loving relationship. We had our own share of ups and downs.

Our courtship period lasted for around one year and in that time period, when I started to know him I realised he was a very possessive guy. He wouldn’t allow me to chat with any of my guy friends and meeting them was considered a crime.

If he would ever catch me talking to any one of them, he would label me as a desperate bitch, a prostitute, and what not.

Even after knowing all this, I got married to him due to family pressure. And gradually, when I became familiar with my in-laws, there was not even a single person I could trust on. At some point, all have hurt and tortured me in every way possible. But just for my husband’s wish, I stayed with them in the same house till date.

Even my husband was no less. He has been cheating on me since we got engaged. I caught him so many times trying to approach girls through Facebook. One such conversation is still vivid in my head where he asked the girl to go out for a movie with him and the girl responded with, “Go with your wife, she’s so pretty”. And he clearly said that he wasn’t interested in me but her and since I was at my mom’s house then, I wouldn’t know about it. The girl still said no and the conversation went on and on.

When I confronted him, he asked for forgiveness and to trust him that he would never do something like this again. And the biggest fool I was, I believed him.

But he never changed. After few months, I was lying on the bed and his phone was beeping continuously. I thought who could be sending him so many messages in a row, so I picked up his phone to check. A girl was sending him her nude pictures.

What do you think happened next? He refused to recognise the girl in the picture and asked me to trust him one last time. And I went on to do that. I forgave him just to make our relationship work smoothly, but he never stopped with his nonsense. I found him flirting with other girls everywhere - phone calls, text messages, and WhatsApp chats.

I would forgive him every time but his behaviour towards me never changed. He would doubt me, insult me at the slightest chance possible, and still wouldn’t let me talk to my guy friends. What hurt me the most was I stopped everything, but still, he couldn’t change for me.

When I found out about the blackmailing incident, I thought this was the peak moment. My husband had already deleted all his chats and with confidence, showed me his inbox. He asked me to trust him and not to believe any stranger. But when I showed him the screenshots I had from the girl’s phone, he started apologising again. He knew the game was over.

It has been a week now and I still haven’t forgiven him. He apologises to me every day and promises not to repeat it again.

But I sometimes wonder if that girl hadn’t come forward to me, I would have never known. I don’t even know since when he has been doing such kind of things.

I am completely clueless about what to do now. To believe him for one last time or end it forever.

My heart says to trust him again and forget about everything, but my mind argues that I’d be the biggest fool to forgive him this time.

We accept the love we think we deserve. Share this story if you think she deserves more than what she is getting. No one has to suffer in the name of love.