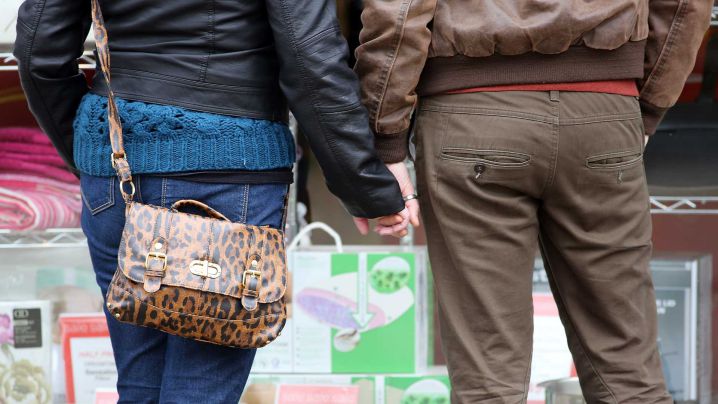 I had some jolts in my life. I was collecting the broken pieces and was learning to walk again. I was in love with myself again.

While I was busy rejuvenating myself, I met this guy. Tall, elegant, attitude, jovial, respectful, chivalrous, he had everything that a woman dreams of in her perfect guy. We started interacting and then came a point where I would look for opportunities to talk to him. Even though we were in the same office, same floor and same project, it was still not a cake walk.

Then came the D-day when we actually met outside our office. He offered to drop me home because I had missed my cab and there was a strike in the city, so no autos or taxis were available. We interacted and there a new journey began. He 'clicked'.

After a few meets we realized that we both liked each other and everything started falling in place. We were now dating. It started with a few shockers though. He told me that he was married and was going through a separation and had a child but he wished to have a committed relationship with me and wanted to marry me. Being a divorcee myself, it was just fine.

I was with someone who was on the same page of life as mine. He could understand my state of mind and emotions better.

The first couple of months of our relationship was a fairy tale. We were just perfect for each other and looked like the best couple in the world. He was caring, very loving. He'd always hold my hand while walking to ensure I was safe. On the other hand, I was caring and loving towards him. I'd cook for him, dress up nicely to please him and I met all his needs and requirements.

However, not every story is a fairy tale. My instinct kicked in soon enough and I started seeing things differently. After a few months, I realized his name didn't go with his appearance. Just my gut told me that. How many people do you meet where you put a face to a name and they don't match? And you feel awkward to address them with their name then? I felt that in this relationship.

So being a woman, my detective skills suddenly erupted from nowhere and I investigated this further. I was right. His official name that everyone knew was not his real name. His age was wrong, just a few years difference but wrong.

I confronted him, and as anyone in such a situation would do, he apologized and he told me that he wanted to tell me but could not find the right time. I somehow (being foolish enough), forgave him and continued my so-called love story.

Then came another shocker, which I really did not pay much attention to earlier. He was an alcoholic. The one who'd drink not till he drops but till he reaches a stage where he'll not remember anything he said or did. I started facing those episodes- episodes of abuses.

He'd drink and once he was almost knocked out, he'd start abusing me, calling me names. He started calling me a s*** and a woman of no character. I was hurt. My castle started getting cracks on its walls.

After multiple episodes came the saturation point and I could not resist slapping him for calling me a s***. This called for another episode- this was worse than before. Now he'd abuse me, we will fight and then he will have this attack. He'd faint, lie dead on the floor and won't be able to breathe.

I struggled harder every time to revive him. With every attack, my efforts in bringing him back to life got tougher. Now I knew that if I fought or resisted his abuses, he'd get an attack and I will go through nightmares. So now when he abused me, I forgot everything and started pampering him, in the name of empathy.

His alcoholism was getting worse by the day and now I was standing at a point where I was always panicking, scared, cursing myself for dating him and being so weak. He on the other hand, fought for hours, abused me and cursed me till he dozed off. I was scared to come back home or to even talk to him now.

The guy who was my prince charming turned out to be the man I was most scared of. Within 4 months of the relationship, I witnessed the scariest side of him. This time he was not drunk but he was angry. Angry because I voiced my concern in the relationship. He slapped me. He slapped me multiple times because I took away my house keys from him. I was in utter shock.

I was broken and still in shock when he called crying and sobbing, "I am so sorry baby, I would never do that again. I don't know what happened to me. I promise this will not happen again."

After trying to convince me for the whole night over the phone, he came to my house. Begged and apologised. I decided to give him another chance, not knowing what the future held for me.

Two weeks went by peacefully and things started to become normal between us. Same old love, affection and care was back. But then one day, I came back home and realized he was already there in the house. Half a bottle down already. Sloshed!

The moment I entered the house, he started accusing and abusing me. I was tired and wanted to sleep. But I could not because he didn't let me. He said that he spoke with someone and he told him about my 'bad character'. He was told that I was sleeping around with other men and I am open to all.

He continued — slammed me from one wall of the room to another, cursed me and told me that whatever happened a month ago was what I deserved and he was disillusioned. This is the price I paid for falling in love again.

There's no reason why someone should hold on to such a relationship. Please share this story to give your opinion to the author.