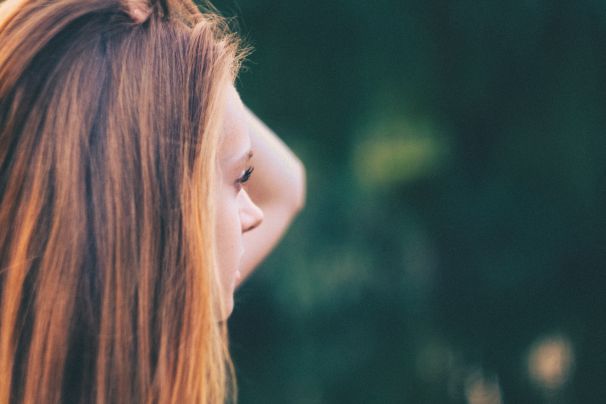 I met him in my last year of college. I hated the concept of love until he came into my life. He was my sister’s best friend. He was preparing for the air force, and it just happened that I found interest in army and air force, too.

I never thought of getting into a relationship with him, but somehow it happened.

We used to talk about mocks, and he used to teach me certain concepts. We spent more time together and fell for each other. It took us nine months to accept that we loved each other and that’s when it all started. I even went to Dehradun from Delhi to meet him. I was from a mediocre family, and so I had to borrow ₹ 1500 from my best friend. I am thankful to my best friend who accompanied me to Dehradun.

This was for the very first time I took such a step and did something out of my limits.

I was the happiest person on earth that day. I would always cherish those moments. These happy moments were there for some more months before everything started crashing down. He got a job in Pune, and things began to change. He met a girl there. He told me that she could never be his girlfriend. I felt a bit of relived then. I don’t know why.

But then again, that was the year when he said to me, “I need space and want to achieve something in my life. I want to be successful.”

And I, being so much in love with him, couldn’t give him his space. Then one day, he finally said, “You’re a dead fish. You don’t want to do anything in your life, nor would you allow me to. We aren’t compatible at all, and so we need to get over with it.” That was in August when he got a job in Pune, and I got into one of the big four firms as an audit associate. It was one of my biggest achievements.

Things were ok for a month between us but then, we started fighting over timing issues.

He had no time for me anymore. The fights continued for 2-3 months and then eventually, we stopped talking. It shifted to talking only once in a month or two. His excuse was that he didn’t want to be in a relationship anymore, not with just me but anybody else. He felt suffocated. He only wanted to focus on his career as he was preparing for CAT then. I thought it reasonable, so I gave him his required space. But I was still waiting for him. I always thought that he loved me but the time was not in our favour. But I was so wrong.

I was just an object for him to play with my emotions and trusts.

Almost after a year, that would be a week ago; I received a message from him that he wasn’t doing well. We had a long conversation that day, and he confessed that he still loved me and missed me so much. After 4-5 days I messaged him, “Hi” and I didn’t get any reply. The person who used to message me even while driving didn’t get time to reply to my text for two days and he had so many excuses.

I got to know from his elder sister that he was in a relationship with that girl from Pune.

She was such a blessing. Even after being his sister, she told me to move on and fought with him to stop fooling around with me. I didn’t even know how things changed completely. The girl, who could never become his girlfriend, suddenly was his so-called girlfriend. I was broken for a moment. But then I realized that I was blind not to understand the reality.

He said that I was pathetic and always created problems in his life.

And also, that I had no rights to contact his sister. He blamed me for spoiling his life. I didn’t have any more patience left in me. So I went away and never listened to him again. I blocked him from every place from wherever he could have the slightest chance of contacting me. When I had asked him about his confession he did to me a week ago, he said that things like that happen. He never promised me that he was going to live his life with me. My God, I couldn’t take in any more, so I said goodbye and ended the call. The same day in the evening, I got a follow request from him on my Instagram. I had no clue what more he wanted.

I was clear about the fact that I wanted to be successful and stay away from him as far as possible.

I am indifferent now. I lost all the emotions that I had. Sometimes I feel the suffocation, but I know I will be fine. It's better to be away from a person who can’t decide with whom he wants to be with. Though I will always remember things, he did for me.

That love and care he showered me with. He often used to sing songs for me. He always relied on me for his important decisions in his life. We had discussed our dreams together. These are the just the few things I would miss about him. Perhaps, sometimes things just don’t work out because they aren’t meant to be.

Whatever it may be, I am a happy person today and I am glad that at least I had the courage to take such a big step.

I am pursuing law from DU, and I know I will be very successful someday. I just hope I can forget this person and move on in my life entirely. I will always regret that I have to hide this fact from my sister, but I think it's for everyone's good. Rightly said, "Everything happens for a good cause.”

Share this story because whatever happens, happens for a reason. Right?

YOUR STORY
HOW'S THE JOSH
YOURS GEEKLY
Your Stories
POEM
BAKKAR. CHAI. SUTTA