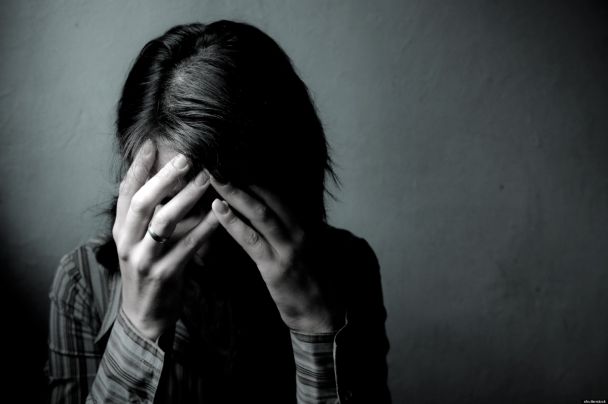 I was going through a rough breakup; it was one of the most emotional moments of my life, it was then that I met Junaid. We became friends rather quickly, he was dumb but genuine, really religious and had very little social knowledge. Our friendship grew and he made me forget my ex in no time.

I began to like him slowly and one day, I asked him out. He said yes.

Junaid was not a very good looking guy. In fact, he wasn't even average looking. My friends reprimanded me for getting into a relationship with him because they thought I deserved better. However, it wasn’t the looks for me, it was the pure heart that made me fall for him.

Things became ugly when he abused me for the first time. I felt bad but he said sorry so many times that I eventually forgave him. We both starting getting serious about each other even though we were fully aware that we were from different religions. I wanted to give him all the happiness that I couldn't give to my ex. But Junaid didn't turn out to be the guy I thought he was.

Slowly he started becoming overly possessive. He became way too dominating but I accepted it because I loved him and he loved me.

Things began to get out of control; he started smoking, he gave me less and less time with each passing day even though he had enough time for his friends. I felt neglected. Despite all this, I would wait all day just to talk to him.

He started controlling what I wore and who I met. He accused me of wanting to wear short clothes so that I could attract guys. He called me characterless. He wanted me to take his permission every time I wanted to hang out with my friends. If I didn’t obey, he would shout at me.

Even for our future, he said he won’t let me work or drive a car. He didn't want me to study in a co-ed college either. Things started getting out of hand and I decided to break up but I couldn't gather the courage to do so. I still didn’t want to break his heart.

Then, I started talking to this guy. He was my best friend's friend. He was nice, handsome and respectful and even though I was in a relationship with someone, I felt good when he was around. His name for Suyash. I liked him and he liked me too but he didn't show it because he knew I was with someone else.

Then one day I realised that I really had no feelings left for Junaid and that's why I liked Suyash. I called it off with Junaid. 15 days later, Suyash proposed to me and I gleefully said yes. When Junaid came to know about this, he made a huge fuss crying and abusing me, saying I cheated on him.

I don't know what I did. We were together for 1.7 years and all he did was insult and abuse me. Suyash was not like Junaid. He loved me, respected me and gave me everything a girl dreams of.

I found it difficult to leave Suyash because Junaid kept on threatening me. 7 months have passed and Junaid says he still has feelings for me, he asked me for my forgiveness. Maybe Junaid is right that I cheated on him. I'm the reason for his tears.

Maybe he's right that I'm the one who broke his heart and now I'm happy with someone else. I feel guilty being happy with Suyash while Junaid tells me he cries everyday.

I still don't know if I did the right thing or not. All I know is that I did what my heart told me to do and I am happy.