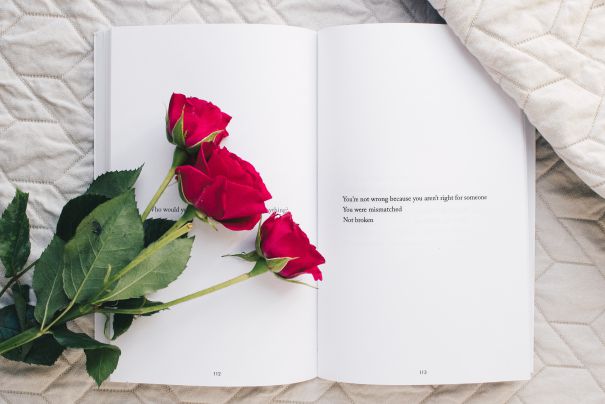 It started a few months ago, I was going through the worst break up. I had lost my self-respect, self-love, dignity - everything altogether. I was at the stage of life where I couldn't trust any man ever again, he left me with such a bad image of men after cheating on me not once, but again and again. It was just one month after my break with him, I was searching for a therapist, who could psychologically support and hear me out.

One day I found such an online forum where there were people who listen to you in your worst and encourage you to move forward on simple terms. They do your counselling (they were not psychologists though). As it was a free service, I gave it a try rather than searching for any expensive therapist. I signed up and they connected me to someone, I vented off in front of him as much as I wanted. He encouraged me to and made me believe that all this was just a part of life, he enlightened me with some words of wisdom and reminded me of my worth. It was very nice to hear such kind words from a stranger when I was feeling worthless.

I could collect my scattered parts a little bit, but still, I felt lost. I was continuously working on myself to move on. But no doubt, his words helped me a lot. After a few days, I tried to thank him and appreciate him for how he helped me. I texted him and it was that day when we started to talk about ourselves personally. We started to love talking to each other, he texted me the next day as well to check on me. We've been in touch daily ever since. The talks were just causal, nothing romantic or flirtatious. Somehow I started realising my worth and re-gathered my self-respect.

I started trusting this man. Almost after two months, we exchanged numbers and that's when we saw each other for the very first time (in photos). We were happy and comfortable with each other, especially how things were. To be honest, at least I did not confirm whether we were just friends or more than friends. Time passed and it was clear in our minds that we didn't want a relationship with anyone anymore as I had my bad past and so did he. It was clear from the beginning that even if we started liking each other, we won't say it. Maybe I started liking him but still, I wouldn't get in a relationship with him, I was comfortable with how things were and we both were happy. Gradually, I started noticing that he was procrastinating and was making every conversation uncomfortable and was trying to put every conversation very very formally. But I was fine with that as well, I thought maybe even he had started liking me and that's why wanted a fair distance. No doubt, somewhere it was pinching me why things were changing, but it was alright because he was still with me.

I remember one day when I felt very overwhelmed and I asked him to stop talking and to block me if he didn't want to continue our friendship.

He cleared out everything by saying that he didn't want to talk to anyone and needed some time for himself. So again, we were on track and fine but his continuous ignorance was hurting me somewhere. I thought he had someone else in his life and that's why he was distancing himself from me, and the flashback of my past came back to haunt me.

Even my ex was doing the same and at last, he gave me depression and left me blotting my respect in front of his friends. "It was me who was after him and was foisting myself upon him and he was not interested in me all of those five years of our relationship."

I decided to leave my friend, I didn't want myself to fall a victim to the same thing again, I didn't have that much courage. I found this so hard, I had never felt this kind of pain while breaking up with my ex even. I talked to my friend and made some foolish excuse and told him that I'm leaving as it's better for me. He agreed as I said, "It's better for me."

I was so disturbed, I used to cry all day. What happened within a few hours, I realised that he had no one in his life and he was feeling the same pain.

I texted him back to talk but he didn't respond, I tried to tell him everything - why I did all this and how I wanted him as my friend or whatever we were until now. But he didn't say anything for three days, now I was worried because he was not showing up online anywhere neither did he respond to my calls. I was feeling helpless, I didn't know whom to ask as we were already in a long-distance friendship. I made lots of calls but no answer, I remember how difficult that night was for me, the only thing I could do was pray that he was alright and just angry. I sent him a voice message and was hoping for the best.

Around 7:00 AM my phone's screen blew with his name and I took a sigh of relief and thanked God without even reading his message. I was all shivering and somehow after a few minutes I read his message, it was "please stop attempting to contact me and I never come back after a goodbye".

It was a heart-wrenching message but still, I was relieved that he was there and fine. I didn't want to lose him so I tried every possible way to convince him to come back and give one more chance to our friendship. But the only thing he used to do was ignore my messages. It was almost one month and there it was - his birthday. I wished him and praised him a lot - I told him what he meant in my life, how much I still needed him, and was waiting for him. As usual, as I got no reply and nothing, but the very next day of his birthday he sent me a few messages, saying that he wanted to do this in the politest way possible and he had no issues with me neither was he mad at me, and ever since he had recognized that I was way more interested in him than what I should have been, he started talking to me less and started to send me small messages. And now when I asked him to stop talking he was doing the same - what I had requested for, especially when he knew that it was good for me.

So, I should stop texting him and I should move on and make new friends. This statement may read simple and straight forward but it shook me inside out.

This is exactly what I feared, I don't know when he found out that I was interested in him. Does caring means loving? Why guys always think that if a girl is caring a lot she must be in love with them? I am again in the same place from where he took me out, thinking about my self-respect and dignity, which mean everything to me.

I'm again standing at a place where I can't trust anyone. But this time it is worse as I lost a FRIEND and in the same way. Now I don't know how would I ever trust anyone even as a friend. I had already washed my hands off trusting anyone as a boyfriend (love), now it's impossible for me to trust any guy as a FRIEND as well.

Sometimes all you need is someone wise to tell you, "Take a step back" or "Hold on" or "It'll all be okay", and more than that, that person may chart out a new path for you, a path you could've not thought of by yourself. Mental peace and health are more important than anything else in the world and this year (2020) has taught us that if nothing else. This is why we want to offer whatever help or wisdom we can to you from our side.

Let's start with your first therapy session? If you want to sign up for a free therapy session, please email us at hello@akkarbakkar.com with the subject "Talk to me". You can choose to be anonymous if you like!