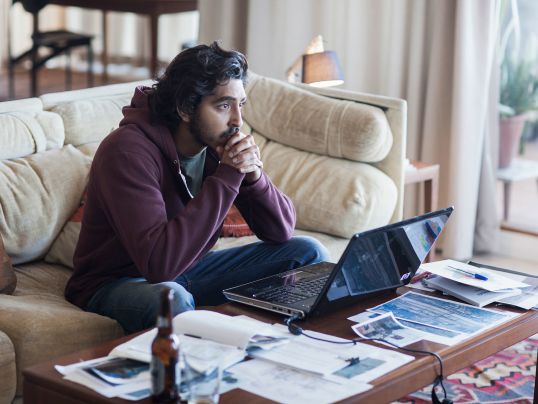 I am a 20 something guy and I went through heartbreaks, betrayal, conspiracy, all at once when I was in school.

Imagine, what a person will go through if he found out that the girl he loved is also involved in a conspiracy against him. The same girl who he thought was his friend betrayed and backstabbed him. Yes, it happened to me.

Since my childhood, I was excellent in studies, sports and many co-curricular activities. Life was good when I completed my 10th board exams. I had great friends, a huge fan following in and outside of school. People followed me around since I was the 'popular boy' in school. This, however, made many people jealous.

In India, if a guy and girl are friends, the society starts thinking otherwise. A similar thing happened with me. One month into class 11th and misunderstandings developed with my then best friend (let's call him Z). I tried to solve those issues to save the friendship but all in vain.

He got so jealous and sick of my so-called fame that he started spreading rumours about me.

After I stopped talking to Z, I was an alien in my new section even though I knew everyone. Two new girls joined my school then and we became friends. They were good (or at least I thought they were). I didn’t think of them otherwise but the people around me started talking. Thanks to Z. My friendship with the newbies lasted for merely a week.

Life went on but rumours by Z started catching up with my haters. But that's not the end of story.

Start of 12th grade was much better than the past few months. I met a girl (different stream). Let’s call her X. A couple of months passed and our friendship grew stronger. I didn’t have any feelings for her then but as we spent more time together, I started to fall for her.

She was one of the few people who wasn’t jealous of me and liked the real me. This made her special.

But, unfortunately, her friends weren’t my friends. They were the ones who were jealous of me and they'd spread rumours along with Z. A couple of my classmates were hypocrites. They somehow knew that I was in love with X so this added to the problem.

One day I proposed to X but she rejected. It was complicated. In short, I was 'friendzoned'. But, after that incident, I noticed a change in her behaviour. She treated me much better than ever and started talking to me more freely. She in fact acted like she was my girlfriend. I was surprised.

I didn’t consider her my girlfriend just because she was friendly and nice to me but her actions and behaviour made me think otherwise. One day when she got her phone, I asked for her number. She refused and also got angry. Everyone in class had her number except me. After this incident, the worst time of my life began.

Those two hypocrites I mentioned above, started making a plan to defame me. Z somehow managed to get in touch with X and became friends with her. They used to talk on the phone all the time and I didn’t even have her number.

Then came the holidays, I wished her and she didn’t reply. After the holidays, she met me in person and wrongly confronted me for portraying her in a bad light in front of Z. I told her it was all a lie. But she didn't believe me and broke the little friendship we had. In the meantime, similar incidents happened with my other friends. This was all a setup by my haters in order to put me down.

Ten days later X messaged me at night on Facebook to tell me that she had started a fake fight with me in order to protect me.

When I enquired more, she said that a guy was bothering her outside school premises who was from a political background and knew about our friendship. She said that he hacked her account and read all our messages and was threatening to hurt me. So, in order to protect me, she started a fake fight.

I was pissed off and anxious at the same time. First thing, whatever she told me about that guy was wrong (I have my sources and a mind). Any new comer who came near the school, was easily spotted. Secondly, hacking an account is not as easy as it sounds. When all this was happening, I deleted my account that had all the chats and made a new one. So my chats were all deleted after 15 days and this incident happened later. There’s no way people could read my chats (screenshots weren’t popular then).

So, I acted as if I believed whatever she said. Now I had stopped messaging her and she only messaged me.

Then came my birthday. I had changed my privacy settings on Facebook and put her on the restricted list. This way she couldn’t see my birthday. When she enquired, I said I did it for privacy purposes.

As soon as I gave her the permission to wish me on Facebook, she wished me but after my reply, she deleted her message. When I asked her why, she started giving lame excuses.

I was too confused and decided to end whatever friendship I had with her for good. Next 2 days I collected all the proof of the chats, comments from or to everyone of  those who conspired against me.

I revealed all of that in front of my haters. Next day when the they saw me, they looked scared. I passed out of my school with many good as well as bad memories. Sometimes, I think whether what I did was right or wrong? Whatever X told me about saving me, whether it was true or false. However, our mutual friends later confirmed it.

Start of my class 11th, I was at my best. By the end of my school life, I was broken. That incident, small or big, scarred me for life. I am too afraid to trust people and love again. I want to feel that love again but don’t want to get hurt like this.

People don’t normally believe what I am writing here. They think it's like a soap opera. However, I do believe that there are still some good people left in this world so never give up.