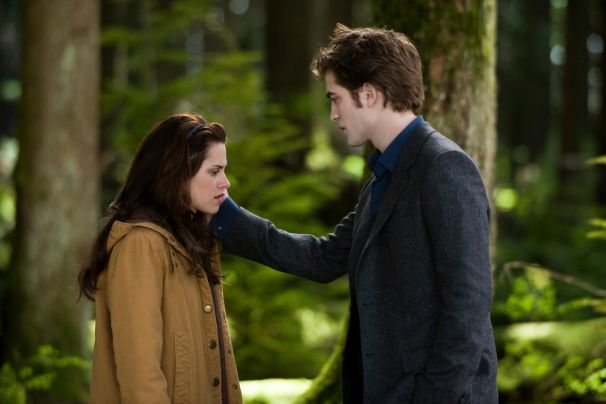 The idea of destiny deciding the course of someone's life used to seem far-fetched to me. But gradually I realised not everything can be under our control. The only thing we can do is - give our best and hope for a good result.

This is merely a self-made theory that holds true in all aspects of life. When it comes to career, you might face hurdles. You can alter your strategy and eventually accomplish what you want. But when it comes to your love life, you can do your part in influencing how it moves ahead but you can never guess the subtle twists life throws your way.

My story is dedicated to every lover who has fallen prey to inexplicable emotions, yet can't stop even after knowing it may not end well.

After my first break-up, I never thought I could collect the broken pieces of my heart to get over what happened. I went back into my shell, staying away from social interaction as much as possible, and concentrating only on my career. My previous relationship had resulted in a long-term paranoia of falling for the wrong person again, and I could hardly bring myself to let someone close to me. Still, it is not wrong when they say time and the right company can heal any emotional scar.

Something similar happened with me. I made a group of friends at work a year ago, ones I could trust blindly without the fear of being betrayed in any sense. Even my insecurities could not stop me from being drawn to them and one of them managed to breach my inner most trust circle. We had a lot of interests in common. We started playing table tennis together and he somehow brought out the best in me. He made me do things I never thought would appeal so much to me. I started developing new interests and it did not take me much time to realize that I was getting over my past. I was like a diamond lost in the dirt, covered in a rubble of mud, and he found me, and turned me into my most beautiful form.

We started knowing each other. We shared our ambitions, insecurities. It was clear we were each other's favourite company. He did everything from opening doors for me, making sure I ate on time, to dropping me home when it was awfully late after work. He was the perfect gentleman. Things were going really fine. And though we never expected each other to do something special, things automatically took their course. My wish became his first priority and this made me get even closer to him.

He was very passionate about cracking a management test and was preparing hard for it. That impressed me more, because who wouldn't like a career-oriented man? In spite of this, he would find time to go on trips with me, have lunch and dinner together. He would make me feel like I was an integral part of his life. We never had the need to say it out loud.

Then, came the big day, he cracked the management test with a very high percentile and it was now certain that he would resign from the company. I was prepared for this day as it had been his goal from long time but for some reason I was not able to accept this truth. I started wishing for something to happen that would make him stay. I wished I could just tell him not to go. I wished I could just stop him, but I could do nothing. At that time, I realized I have fallen for him but I decided not to tell him anything. I was his good friend and I could not become an obstacle. “His best friend cannot come in between him and his career”, were the only words I spoke to myself.

It was no doubt a very difficult phase but I decided to leave the place. This was probably destiny cooking one of its infamous recipes of disaster. My project was terminated and I was asked to shift to a new office. I spoke to him about this and I could notice he was trying hard not to show me how much it upset him. His expressions made it clear but he never uttered a word. May be, he was going through the same as I but we both chose not to speak. I was not sure if he felt the same for me. He was probably holding back because he knew he had to leave soon.

It has been a month now. We exchange texts sometimes, we have met a few times, but neither of us can gather enough courage to speak our hearts out. This probably hurts me more than my break-up did. But I find solace in the fact that I do have an amazing relationship with him, although not the kind I would prefer over friendship. He is like a traveller who walked into my life, lit the place up like a night sky full of stars, and then went along on his own journey.

I don’t have any expectations from him anymore. I relish the friendship we share, and so does he. It is almost certain that we will never take that next step, unless fate decides otherwise. Serendipity brought us together but destiny made sure this story did not have the ending it deserved.