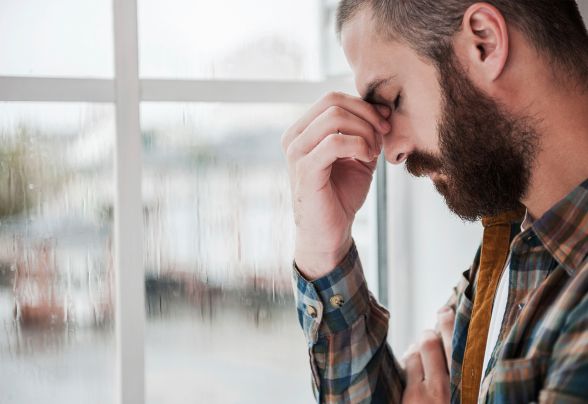 I saw her on the first day of college, we both were searching for our class and that’s how we met. We became friends soon enough and one day, while we were eating chaat near the metro station, she asked me out. I was stunned and surprised, but instantly, said yes. We got used to each other soon enough. I still remember how I bought her 22 gifts when she turned 21 on the 10th of February. I still can’t forget how cute she looked that day. We were attracted to each other back then and her ex-used to trouble her a lot these days.

The day I truly realized I was in love with her, was when I suddenly fell sick one day and was admitted to a hospital. She cried a lot and that was the first time she confessed how much she truly loved me.

Our story started in 2011. We had the most amazing time ever, for the first time in two years. We would meet almost every single day, go for these romantic drives and she would visit my place often.

We would study together too, obviously. We used to get good grades as well. We had our ups and downs too, of course, but along with that, is all that love that we have for each other.

Then, in August 2013, we both were graduating and I got an interview call from a company in Bangalore. They asked me to join as soon as possible. She never liked the fact that I went for an interview to Bangalore. But by the time I got back to Delhi, my dad wasn’t keeping well and once he was admitted to the hospital, we found out that he was in the last stage of cancer.

I was in immense pain and that time, she was with me. All the way.

The day my father underwent in his first chemo session, I got a call from the company. The company asked me to join immediately. I had to make one of the most important decisions of my life and I found myself on a train to Bangalore soon. While we had a lot of arguments over my decision to relocate, she was very understanding and that’s how I fell for her, even more, with each passing day.0

She came from an orthodox Sikh family and so, when she turned 23, people around her began looking for potential grooms. We somehow managed to continue our relationship till 2014. Until things began going seriously downhill for us.

Her parents took her along for a meeting with a potential groom. She said no and told them that she wanted to marry me, only me. The very next day, I got a call from her father. We spoke at length, about my intentions, my work, her work; how marriage shouldn’t be a priority for me right now, and how we should be studying more, searching for stable jobs and so on.

Her father was adamant and said that it was time for her to get married though. How it didn’t look good for a Sindhi daughter to marry out of caste. He went on and on. I explained to him that I understood all of his concerns, but that I was in love with her and wouldn’t marry anyone else except her. I explained to him that I had reached a decent level in my career and that while my dad is counting down the days to his life, I was going to have an early wedding so that he could be a part of it.

In the end, he told me that he would discuss this with his family and get back to him.

In January 2015, I went for a quick visit to Delhi and made her meet my mother, but this time, as my girlfriend and not ‘just a friend’. I told mom everything and she was very supportive. My mom had no problems with us and that gave the two of us a lot of confidence. We knew that we were going to be together soon. During my next trip, in April, I had decided that I would visit her family and settle things for good.

Everything was set and there was just a little less than five days left for my visit to her house. Within these few days, she got another proposal and her father forced her to meet the guy. I told her to hold on for just a few more days, I would be in Delhi soon and I would speak to her father, face to face about this.

She told me that everyone liked this guy and pressurized her to say yes. We both were sure that we would survive the next few days, but to our surprise, when she went home from college the next day, she found out that her family had gone behind her back and said yes to his family.

I tried to get in touch with her the next day, but her phone was switched off. I tried to call her again and again, but there was no response. I even left a thousand messages on her phone. The next day, I received a text from her father, telling me that I had to stay away from her.

I reached Delhi and found out that she was getting engaged to this boy. Somehow, I managed to meet her parents and begged them to reconsider. They told me that it was she who decided to marry this man and not me and that their engagement had been finalized for over a month now.

I was in shock.

By the time I flew back to Bangalore, they were married in court. I told myself I had to be strong, I couldn’t cry. What’s done was now done.

I had to focus on everything else: my father, my work, everything. A few months after this incident, my father passed away. It was one of the most trying times of my life. I was tested, mentally, physically and emotionally.

The good thing was that she never tried to get in touch with me; not even when my father passed away. I knew I would have used that as a crutch and it would have left me completely shattered, once again.

I received a message from my ex, we began talking and eventually, she confessed to having feelings for me. She told me that she missed me a lot and that despite being away in Canada with her NRI husband, she couldn’t help but wonder why she hadn’t just picked me.

But I’m a changed man. Professionally, I’ve never been doing this well and regardless of how things ended with us, I knew I would find true love soon.

My ex will always be one of the best things that happened to me and with a smile, I told her that we shouldn’t stay in touch.

Share this story, because those who have loved and lost, deserve the utmost respect.