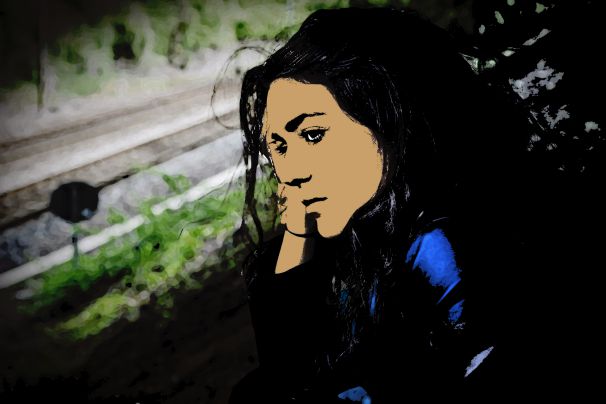 It is said that problems will make you strong and that they should always be a part of life.

It has been 7 years since brother has been suffering from schizophrenia. However, I did not let the situation at my home affect my career, just so I could support my family in the future. I always knew that I wanted to take care of my brother till the end of time for all the sacrifices he has made for me since childhood.

I kept working hard for years and finally, I got a job in an MNC that paid me decent money. I met a guy there and began to develop a small crush on him but somewhere, I knew that I didn't want a relationship because my brother was my first priority. I never gave any attention to boys and solely concentrated on my career until one day, this same guy proposed to me. He had already left the company to pursue further studies in the US and we had been friends all this while. But the day he proposed, I said no, despite the urge to be loved and to reciprocate his affection.

Nonetheless, he kept on pursuing day in day out. After a week, I told him about my brother’s situation and that I wanted to support him. He told me that he was very proud of me and that he would stand by me in all odds and help me support my family. Late, he came to India to visit me and we had an amazing time together.

I was still not sure of giving in all my emotional strings to him. But during his visit to India, he gave me a ring and whispered in silence that he wanted to marry me.

My happiness knew no bounds. We exchanged rings and kept them on us at all times. I shifted to a European country to pursue my further studies and we started a long distance relationship. I trusted him more than myself. As if all this was not enough, he even came to my country to meet me. That was the day I decided to give my emotional self to him. But it was a huge mistake!

Eventually, I decided to visit him in the US to spend some time with him before I could finally join my new job. It was here that I began to have intuitions that something was going on behind my back and that it wasn’t good.

My darkest fears turned into reality when I had reached the USA. I read messages on his phone and they were from his classmate. He was seeing her as well; he was two-timing me. He used to visit her in the night and spend time with her. He would go on long drives with her.

When I confronted him, he convinced me that there was nothing as such and it was all a big misunderstanding. I let it go because I could not tolerate the thought of leaving him and breaking up.

Despite the long distance, I had come to emotionally depend upon him.

This year, he went to India again and spoke with his parents about us. They disapproved of us and said that they never liked our relationship and that it should have been broken a long time ago. They thought that my brother’s condition was socially unacceptable for them. He almost broke up with me, leaving me alone in a foreign country. I was about to commit suicide.

But I decided not to. I was depressed for 3 months. However, he came back later and said that he still wanted me and that he would stay with me until the end. Today, I don't feel that he is the same person I fell in love with. I love him a lot even now, but I miss the person I started dating – the one who was so insecure about me talking to other guys. Now it's nothing for him. I don’t feel like I am an important part of his life anymore. I am still waiting for that old guy in him to realize his love for me. I am waiting for those feelings of his to take me back.

I am emotionally and mentally destroyed now. Every day, I cry, pray and hope that he would feel the same way like he did before.