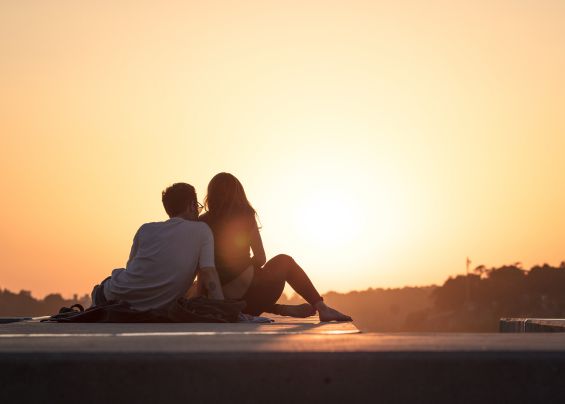 I have always been a quiet girl. I was born and bought up in a joint family. Being the only daughter among eight boys in the house, one can imagine how much I have been loved and pampered. As I entered my twenties, all of my people had started groom hunting for me, but since I already had a big heartbreak in the past, I was postponing the matter and tried to concentrate on my career. My career was taking a good turn and I got a good opportunity in my hometown itself. So, after five and a half years of exile, I returned home to head a part of a company that was in my hometown. I was in a good position and so obviously, good matches were coming my way. But as for me, I was suffering from depression because of my heartbreak from a seven-year-long relationship.

My parents fixed my wedding with the son of a long-standing friend who turned out to be gay, and then I had no intention of settling down. I had made up my mind that I will stay unmarried and successful in my career.

My brothers loved me more than anything and they could not see me sad. So, they extended their support to me by telling me that they are always with me. In a joint family that consists of all my cousins, they are in no way less than my own brothers. One can say that they are my brothers from different mothers. So here I decided to live a life of my own, on my own terms. Two and a half years went by, and I was in my late twenties when I was offered a good position in one of the top companies which was newly introduced in my hometown. I promptly accepted the offer and joined.

Then came the turning point of my life. I met this guy called Aditya in the office.

He was from the sales team, but we developed a friendship quickly. We grew close, and he knew all about my past. I too knew that he attracted girls quite quickly mainly because of his voice. But we were only friends after all, so it didn’t bother me much. Once there was a party in our office and we were all decked up. I was hardly one month old in the organization then. We got a bit drunk, and he was the one who made the drink but since I drink only occasionally, I took it. I saw him flirting with one of the girls who was well known in the office for her reputation of a s**t. A strange kind of feeling I felt then, it was anger mixed with fear and jealousy. He sensed it and when we were moving out at the end, he came to see me off and asked me what was the matter. I shut him off. But he didn't take it well, and called me after we reached home. He confessed that he liked me, and I confessed my feelings too. We didn't even realize when we started dating each other. He proposed to me in front of the whole office and in no time, I deeply fell for him. I told my brother and he spoke to my parents about it. I told Aditya and he said to me that he wanted to fix everything soon.

I was happy and the day both the families met and gave their consent was happiest for me. I loved every inch of him and blindly believed in his words.

Things were smooth until the day that changed everything. He had left his cell phone on charge and I happened to oversee a message notification, which was from a girl who was asking him to come on video chat. Curiosity made me unlock his phone and go through the messages. And I realized he was still a flirt, and that he flirts with one and all. Undoubtedly, he loves me dearly and I mean a lot to him, I am sure of that. A pinch on my family and he is ready to die for us, his love is that intense but one habit clouds all.

I am getting married to him early this year. Even after knowing everything, I am marrying him because my parents and family found a son in him and he is close to everyone.

He is always there whenever my people are going through any trauma. I don't know if he will ever change and stop cheating on me, but I will marry him because I love him dearly and don't have the courage to break down again.

I will make my love enough for both of us and carry our marriage on my shoulders. I Just hope God gives me enough strength to bear it all.

Share this story if you agree that a person should be accepted with their flaws.