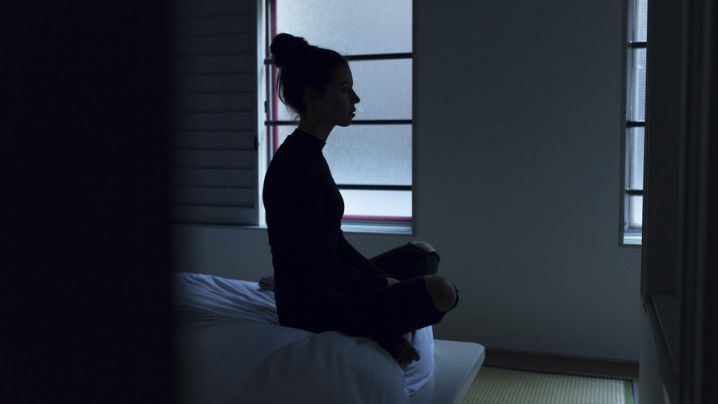 I consider myself a very happy and cheerful girl. For me, having a boyfriend or being in a relationship held no logic. That type of stuff was out of my mind. Even in school and even when I started college, I didn't have any boyfriend. Instead, I had lots of friends, who made my life full of joy. I'm very lucky to have such friends. When I turned 19, there came this guy who I met on Facebook. I got a friend request from him and accepted it. We soon started chatting and I got to know that he was a good friend of one of my school friends'. After a month, we shared numbers. He was so nice and caring that any girl could have fallen for him. One day, he proposed to me out of the blue. But, I stopped him at that point. I'm an average looking girl, so I wondered how he could be interested in me, as he was a handsome hunk. I declined him in every possible manner but he finally convinced me and I said yes to him (though I didn't have such feelings for him). I thought that by spending some time with him, I'd develop them too. I felt very happy that day. But, on the same day, I got messages from him like - 'Go to the parlour and change your hairstyle', 'Change your clothes! I don't like your dressing sense', 'wear shorts', 'wear this' etc. He even told me to change my behaviour as I was jolly all the time and he wanted me to behave sophisticated. I was a little chubby too and he told me to lose weight.

I couldn't believe all the things he wanted me to do.

I mean, on the same day I said yes, him telling me to change all these things about myself was totally shocking to me. Just before I had said yes to him, he had been very nice, understanding, caring and loving etc. But now, he had changed so much. I thought he never actually loved me and had just wanted me physically. I broke up with him immediately and blocked him on all my social media. I was relieved and decided to never trust anyone now. After 3 months, I went to attend my cousin's marriage. There, I met a guy, who was my jiju's cousin. We had a lot of masti during the marriage. When I got back to home, I got his friend request on Facebook. Initially, I didn't want to accept, but I wanted to know about didi, as I was very close to her and was not able to contact her, as she was busy with other rituals. So, I accepted his friend request. Initially, we only had formal talks, I asked him about didi and our talk ended there. We shared an interest in the profession of teaching and talked about that sometimes as well.

Slowly, we became good friends. Then we started sharing our secrets and problems with each other as well.

He was very understanding and never judged me on the basis of my opinions, views, and deeds, but instead tried to understand my views. I also told him about the guy whom I had said yes to first. When I was telling him about all this, I thought he would judge me, I thought of what he would think about me and if he too would comment on my looks etc.

But to my shock, he said "You are perfect in your own way."

He told that I'm very good natured and had a lovely smile. I was very happy that I got a good friend, who understood me. One day, he also proposed to me. I denied, as I didn't want to enter any relationship and he never forced me to. But I knew that I too had feelings for him because even though he was not perfect in definition, he was perfect for me. He was the best fit, in my definition of a perfect partner. But even then, I denied.

I tried my best to hide my feelings from him, but I was not successful.

He made me confess my feelings. I confessed to him that I loved him very much and was also shocked about my feelings, as I have always maintained a distance from love and relationships. I wondered how I fell so deeply in love with him. We didn't enter into a relationship immediately, as I told him that I needed a little time to think before I gave any commitments. Just 5 days after my confession, I got a message from him, saying that he was engaged. Though I was in a total shock, I managed to wish him and pretended that this news never made any difference to me. I never asked him why he did this. It's been 1.5 years since he got married. We are still good friends and I'm happy seeing him happy in his married life.

It's no secret that I cried about losing him for many nights, but I never developed a hatred for him.

I believe that Love is a process of sacrifices and happiness. I know I won't be able to trust anyone easily now. But I don't blame him for this. But I can surely say that he was the best phase of my life that made me the stronger and better person I currently am.

Share this story to stand together with ladies who have been left heartbroken.