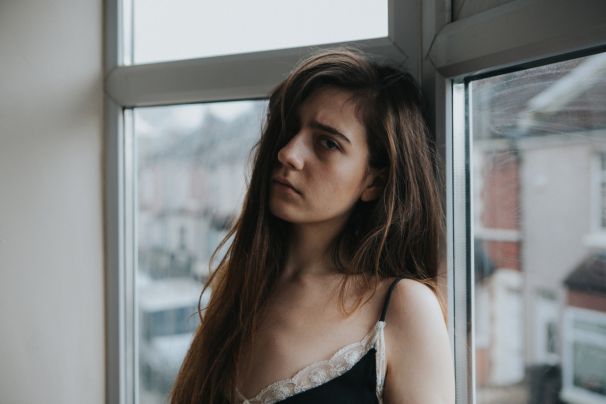 When he talks to me about marriage and love, suddenly my old scars come to life, thanks to my ex.

I was never into boys in my childhood or in my teenage days but secretly I always fantasized about having a husband to love. Love marriages didn’t amuse me as much as arranged marriages did because the idea of getting to know someone and being able to love them with all their negatives and positives was really interesting.

But as destiny would have it, I met my first boyfriend at the age of 18.

He was five years older to me and just the ideal guy I had always dreamt of. He was good-looking, well-spoken and a socialite, just what I wanted. We started off as best friends and then we took it a step further. However, we never went beyond holding hands and hugging, not even a kiss. For some reason, he wanted to have sex but I was too young and not willing.

I realized he was dissatisfied but there was nothing much I could do for him.

Maybe it was my fault? I don’t know, but we continued being together for four years. It was going great between us until his parents decided to come to visit and I was meant to meet them the next day after they arrived. I was excited. I couldn’t sleep all night. I had ironed a beautiful saree and I was just in the right mood to serve them properly and talk to them about our future together. Just then my phone rang and a girl spoke:

“Look, this is Reshma and I have something very important to tell you. Your boyfriend isn’t a good man. Don’t go ahead with him.”

I was surprised. I asked what happened to which she uttered the following words that shattered my life in a minute.

“I was the mother of his child until a few minutes ago because I just aborted him. He forced me to abort my child. If you want a proof, you can come to the hospital right now.”

I fell on the ground at once but I couldn’t accept that my boyfriend had cheated on me.

I rushed to the hospital and saw my boyfriend there talking to the doctors. I asked him the truth and he agreed that he had aborted her child. When I asked him why he did this, he said that I didn’t agree to get intimate with him and so he had to satisfy himself some way or the other. But he said he loved me still and wanted to marry me. I slapped him and went to his parents.

I told them the truth and that I can’t marry their son because he cheated on me. They were ashamed and I left the apartment. I was miserable. Wherever I would go, I would only see him. I decided to leave the country and move back to my parents. A few days before I left, I got to know that he got married to Reshma itself. I was heartbroken but I couldn’t do anything.

Years later, I met another man and we got along very well.

We met at a social gathering and after a few conversations, he asked me out and I said yes. We got really close though. This time, maybe because I had grown up or because I thought my restrictions were the reason for my past breakup, I gave into his desires. We shared a good intimate relationship with each other. I would love resting in his arms and the fragrance of his body would drive me crazy. We were going great, until one fine day, he decided to break up with me. This time our family incompatibility became the reason. He wasn’t as financially well off as I was. I pleaded and begged in front of him to accept me and that I was willing to live wherever he kept me. He refused to say that it was not practical and I am quite a high maintenance lady for him. And guess what? He didn’t realize that all the while he was seeing me.

He promised me he would be there for me but he didn’t keep up with his words.

After this breakup, I didn’t know where to go to. It seemed like there were no ideal guys in this world. I used to cry all day and wake up all night staring at my phone to see one text message from him. He blocked me from WhatsApp and Facebook too. I decided to move on with my life once again.

Exactly a year, after my second breakup, my parents started pressurizing me for marriage.

By this time, I had lost trust in my ability to find a boy for myself so I did what everyone at my age does, registered myself at Shaadi.com. After seeing a few profiles, I got a message from a boy called Aditya. I replied and we started talking.

He seemed good to me. He respected my ideas and understood my beliefs. I didn’t tell him about my past nor did I ask him about his. Slowly, we began having regular chats and Skype conversations. Though I was chatting with him, I didn’t feel attached. He was the one who always took initiative and I just flew along. For me, this was just a formality, a ritual that had to be completed.

One day, he told me that he hasn’t seen a girl like me and he wants to be with me throughout.

He said that even if we didn’t get married, he still wouldn’t leave me and continue being friends. I laughed off because I had heard this line a couple of times.

Then he slowly started talking about how he would love me after marriage. Before he could go any further, I stopped him and changed the topic. This happened day before yesterday and I am still not comfortable getting back to him.

Why? Maybe I am too scared to invest my emotions once again or maybe, I have no emotions of love and romance left to invest in anyone else. I have lost the ability to love, thanks to both my exes.

One left me for his desires and the second one for his family.

I feel guilty for going to someone in the shape of a damaged piece. Aditya deserves a wife who could love him the way he loves her but I cannot be that. I don’t think I would ever be able to become the lady he has in his dreams because I am worn out, I have scars on my heart and my soul, I have been used and thrown twice. So, how can I be fresh again?

I don’t know what to do anymore. For my parents and for him, I might even get married in the future but I don’t think I would ever be able to give him the happiness he deserves.

I don’t want to mislead someone and then leave them. Why boys, why do you do this to us? If you don’t want a long-term relationship, don’t start in the first place. This is not a trial and error game. You never know what kind of long-lasting impressions your actions leave behind.

It's not easy to move from our past, because the remnants of it still haunt sometimes. But with time, that wound will heal and you will find the ability to love again. Go at your own pace and don't just let few people define love and trust for you. Remember, you deserve the best and the best is yet to come. Share this story and let people know why it is not okay to break someone's heart.