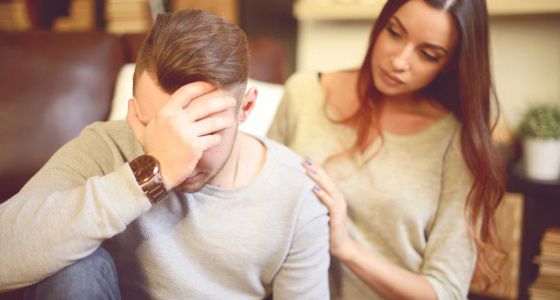 I am a 26-year-old girl working for a government organization in one of the busiest metro cities. Life took its own turn while I met this guy in my office. He has been a very helpful co-worker and a very good friend as well. I liked him but I could not gather the courage to speak my heart out to him.

It was in December 2015 that we went out for the movie after 6 months of knowing each other. It felt really nice to spend an evening out with him. After a week, he finally told me that he wants to settle down with me and said he was going to talk to his parents about our marriage. I felt a sense of commitment and it was this particular thing that got me attached to him.

We talked to our respective parents about each other, and after a long tussle of culture differences, finally, things were almost settled. He got transferred out of Kolkata in March 2016. We used to fight a lot over small issues but he always took the lead to sort out things.

Till then, everything was going fine. After almost 1.5 years of our relationship, I started realizing that he does not feel the way he used to feel about me. Though I take my own time to handle things, I asked him several times if there was anything he wanted to share with me.

Each time, he said that there is nothing as such. I believed him blindly and never questioned him about anything. It was after 3 months, he finally spoke out that he had been seeing some other girl and he was confused between me and that girl, and he had mixed feelings. I was totally shattered. I didn't even have the strength to ask him her name.

We fought over petty issues, that's true, but this was unexpected. I liked him over other men because he seemed loyal, and it was a betrayal that broke my heart. I lost sleep and appetite. Suddenly, he became a stranger to me. He wasn't the one I loved more than anything else, he wasn;t the guy I fought for with my parents.

He conveyed several messages through my friends that I should break up with him. He even told my friends "I want her to leave me. Ab samajh jao."

Immediately, I decided that he should have the courage to look into my eyes and tell me this same thing. I had no hope of seeing him when I went to his place of posting. He had said that he didn't want to see my face. I was shattered. My self-respect took a blow. But I put my ego aside and faced him. He broke down in front of me and said he wanted to be with me. He was remorseful for whatever he had done.

I always wanted to stay with him, and even after all this, I could not hate him. I have been trying to forget everything and start afresh with him.

Hopefully this time he's not going break my trust.

If you are reading this, please do not put me through the pain again. Next time, I won't be able to get up. Like every other girl, I too dreamt of Mr. Perfect. I found you and I don't know if I'm perfect enough for you. You've changed the meaning of love and commitment for me.