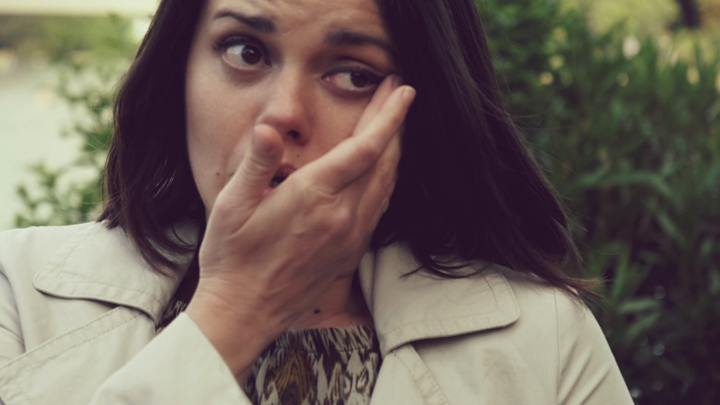 It all started around 4 years back. The Durga Puja festival was going on. He was standing along with my other close school friends. We started texting each other. And soon I fell head over heels in love with him.

Initially, I was a little skeptical about getting into a relationship with him. But I ignored all my doubts because I was deeply in love with him.

No, he was not a perfectly handsome or cute guy. He looked like a naïve and nerdy guy. He was 6’1” tall and promised me the world. He even assured me that regardless of the situation that we were in, he would never let go of my hand. Today, those words seem ridiculous.

He was the perfect poster boy for all those lovely Facebook stories that we get to read every day. He seemed like that typical ‘nice’ guy who usually got friend zoned by girls. I could not find a single reason to doubt his love for me. So I surrendered to his love.

I was a strong headed, spirited 20-year-old girl. I had high hopes of creating a great career for myself. I had a very practical approach to life.

But deep inside – I was still a naïve little girl who believed in ‘happily ever after.’

Well, ‘my happily ever after’ lasted for two short years. He opted out of our relationship by saying that he needed to focus on his career. He then apologized for calling off our relationship.

I believed that all of us could strike the right balance between our love and our career. But I never knew that people could break up for reasons like ‘falling out of love’. That seemed really absurd to me. But he cited this as another reason for breaking up with me.

That hurt and I now knew how painful it was to hear such words. Even today, when I think of it, I often end up crying. I clutch on to my pillow and hope and pray that things between us become normal again. I cannot help remembering all those beautiful moments that we shared.

But the reality is sinking in slowly with each passing day. I can now see the monster behind the mask. I now wonder how I fell in love with a person like him.

I was not convinced by the excuses that he was giving me. So he said that there was no age gap between us. He said that this was a crucial factor in any relationship. He said I may not be able to give him my total attention because I would be busy pursuing my career. He then said that I may even want to get married before 30.

This guy was studying in one of the most prestigious engineering colleges of Howrah and I wondered if he really meant all that he was saying to me. It was unnerving to even listen to his words. It was at this time that I realized that even if men study in premium institutions and interact with broad minded people – they cannot completely erase their inherent regressive thinking patterns.

To him, I was just a person who satiated his lust. And at such times, it did not matter to him that I was as old as he was. But the minute he thought of his life partner, he wanted to be with someone who was younger and ‘purer’. Yet, I continued to be in a relationship with him for 10 months. I listened to all these abuses quietly because I had always thought of him as my best friend. I had never considered him to be my boyfriend.

I thought he had changed because the circumstances had changed. I really hoped he would change for the better with time. I even managed to convince myself about this.

Amidst all this emotional turmoil, I managed to secure a job last year. He then suddenly came up to me and asked me not to leave the college. He asked me to stay there with him for a year. He even said that both of us could prepare for our management entrance exams together.

I have always been a practical person. My career has always been my prime priority. Yet I fell in with his wishes and opted to stay back in the college itself. The only reward that I got in return for all this was abuse and criticism.

Now he told me that he could no longer continue being in a relationship with me because I was a student who had studied in a ‘private’ engineering college. He also felt that I had no ambition in life. And he told me all this just 2 months before my entrance exams.

I broke down completely because I hadn’t expected him to do this to me.

I was depressed. I even attempted suicide several times but somehow I did not have the courage to do this. I was so naïve that I even disclosed all of this to him. I begged him to continue with our relationship or at least put on a pretence till my exam ended. But he just turned a deaf ear to all my pleas.

I learnt so many things from my experience.

The first thing that struck me was: nerdy geeks who usually get friend zoned find it difficult to forge deep bonds of love. They become extremely possessive and abusive when they do not get their way. And when we cling to them, they accuse us of being ‘impure’. They will conveniently forget all the kisses and those ‘precious’ moments that they shared with us when they hurl such unfair accusations at us. But they will not hesitate to come up with a different excuse every time to prove their point. They will even say that we will end up being a misfit if we opt to be their life partners. They will then say that they are unable to handle strong headed opinionated women.

Such people will first go out of the way to make us a part of their life. They will change us and make us fall in love with them. Then they will just leave us for various reasons. They will even have the gumption to laugh at our faces when they coolly say things like “Such things are normal. Breakups happen all the time. Time will heal the pain. Pain is natural. So just get used to it. All my other friends too have done this.”

They will explain concepts like how women age faster than men to us. They will then explain how they can only have fun with girls who are their age. They will then tell us that they cannot imagine living their life with a girl who is their age. They will them explain the rationale behind the Indian concept which advises men to marry younger women. I was just 22 but he made me feel as if my age was a curse when he said things like that.

They will then make us feel as if they are doing us a favour by letting go of the relationship at an early stage. They will then say that had they broken the news to us at a later stage, we would have found it difficult to find ourselves a life partner.

No. Such folks will not directly cheat us. They will cunningly break us down with their abuses. They will use derogatory words and cleverly gift-wrap their own sordid facts. They will then make us question the entire world.

I wondered how a person who had scored good marks in his entrance exams could be such a sadist. It was a shame that the people of our society never got to see his real side.

I slowly realized that an asshole was hiding behind that mask. And that asshole was mocking me for not being brave enough to even commit suicide properly. And that was the moment when I was reborn.

I realized that if I had to live in this world, I should stop believing in foolish and idealistic concepts like love. I understood that the world measures us on the basis of our materialistic worth.

It was at this time that I realized that there are no good people out there in the world. We are all just selfish people who are trying to satiate our needs. The love that we have for that ‘good’ person lasts only till he reveals his ‘real’ self.

And now I finally learnt the most important lesson of all. I understood how important it is to love ourselves. I learnt that I needed to be a little selfish if I had to forge bonds with other people. I also learnt that I should not pursue perfectionism.

It was at this time that I realized that except for our parents, we cannot rely on anyone else for our emotional security. All the people who enter our lives have the option of giving up on us whenever they want to.

Some people have a way with words. Yet others prefer silence. People who argue well aren’t always right. People who choose to remain silent aren’t always wrong either. Let's not waste our energy in blaming others. Let’s take some time off when we are mentally/emotionally disturbed and reflect on our lives.  Why does criticism affect us so much? We know our worth. Shouldn’t that be enough for us? Let’s share this story and learn to shoulder the responsibility of leading our lives our way.