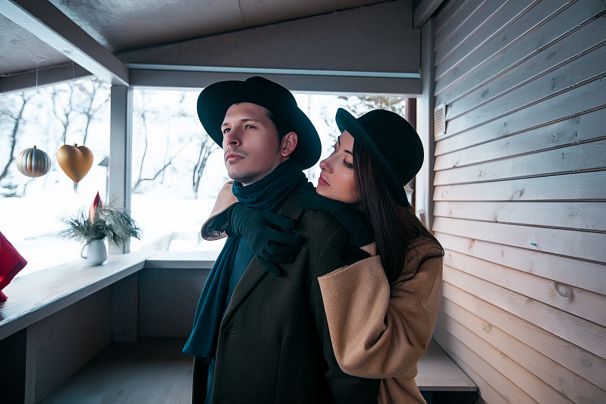 I am a mother to a lovely 2-year-old son, the wife in our 13 year old courtship + marriage relationship and a team leader in one of the top reputed organizations. Apparently everything is very good, so why did I choose to tell you my story?

Because I want you to help me out with my questions, fears and doubts. Yes I need help.

My story dates back to 2004 when I met Vikas (name changed) and we fell in love almost instantly. After suffering from the heartbreak in my first friendzoned relationship, I found my comfort zone and the love of my life in him. He came like a gust of fresh air and blew me away from my suffocated life. How happy were the days when we used to chat for hours. I used to get so lovingly baffled by his passionate ways. For me he was the most passionate person that could have been born in this world.

Soon my parents came to know about our relationship and they raised serious concerns as his job was not well paid. But I knew he would make it very big someday. I started my part to prove everybody wrong. I started to search for jobs for him and in the process, ignored my career to a large extent. But I was more concerned to have him settled first.

Things were not that easy, my job put me in a separate city very soon. Then started our long distance relationship.

By then our bond had to prove its strength and I had to prove my loyalty. He started questioning everything – what was I wearing, who was I meeting? He was always insecure and so was I as I loved him to the moon and back and never wanted to make him feel bad. But I started to feel suffocated as his calls now had become more about fights and arguments than for love.

This went on for 2 years and somehow I still managed to be his girlfriend. Though I thought of quitting several times but could not stop loving him. I know you would say it’s all my fault that I was still stuck in this relationship but it was his passion for me that held me strong. I still felt that I could never get anybody who could love me more passionately than he did. For me love is passion, madness and being crazy for each other. We were in our seventh year of courtship and still used to utter those 3 magical words every time we had a fight free call or chat. Honestly, I could never think of anybody else other than him even though I would compare him with many guys around me but his passion would stand out falling behind all the other issues I had with him.

Now it was high time and our parents wanted to get us married. My parents were still not happy with this relationship as he was still not stable with his job. But I was adamant and finally they gave in. We tied the knot in 2011 in a beautiful Indian wedding with all rituals intact.

By now you must be wondering, so where is the problem, everything is just perfect now. But the bad part of my journey started then. I was posted to Hyderabad where I moved back post my marriage leave and he joined to be with me for 20 days. Those few days were still the best days of my life. I explained to him that if we both could shift here, it would be great for him as well as he would get better opportunities. He promptly agreed. I was very happy that soon everything would be okay.

But once he moved back to his home city, he completely changed. He would ask me every day to come back and now his parents would also call me up and emotionally blackmail me saying that it’s becoming hard for them to face their relatives as their newly wedded ‘bahu’ was not staying with them and it’s not why they had asked their son to get married.

In the meantime, I had bagged 2 dream offers but all outside our home city. He forced me to leave all of that and compromise for a not so good offer back home. I went back and then started to stay with my in-laws. Now I had started seeing one of his real faces.

He would  not give me any time, after returning back from office he would ask me to sit amidst everyone and then say whatever I had to say to him. I used to feel disgusted but I still loved him and was determined to make this work. I started gelling with my in-laws and tried being their good ‘bahu’. It was working. I could see Vikas feeling more comfortable day by day. He was happy that his wife was trying to be a good daughter-in-law as well. He would sometimes reward me as well.

He still used to flatter me with his passionate side. His ways of making love to me was my only consolation. On the other hand, I started being frustrated while accommodating the new changes in my life as I would most of the times do away with my own needs to keep everyone happy.

In the meantime, I conceived. But my luck had other things in store for me. I lost my first child through miscarriage and to top it all Vikas lost his job during the same time.

We were completely shattered. But I did not get the privilege to sit and cry as I had to stand strong in this time of distress. Initially I resumed his job search but nothing came up in the next 2 months. So in the meanwhile we both had started a small service desk of our own and also bagged a few customers.

This was a very tough phase – Vikas used to appear for multiple interviews and also work for the service desk while I used to be his constant technical and mental support other than arranging for finances while keeping my job unaffected.

By God’s grace, our struggle came to an end after 1 year when Vikas got an opportunity to work in Dubai. I was more than happy though I knew that now I will be left alone, without him. But I became his strength and encouraged him to take up this opportunity.

After 6 months when he came for a short vacation, I conceived again. But I wanted to be his strength and hence, did not complain when he had to leave. He was happy as he was again going back to his dream job. I spent my entire pregnancy time without him. I became very alone and depressed but would never show it. Gone were those dreams where Vikas would pamper me and I would make him feel the baby movements that my son used to make.

Finally after 9 months he came back during my delivery. I gave birth to our baby boy and everyone was very happy. I waited for him to come to my cabin and say something passionate that I had been imagining all this while.

But he came and took his son and walked back to share all his delight with his parents, leaving me alone in the cabin. I thought maybe he wanted me to rest.

Days were now passing very fast, I had to take care of my baby and do so many things that I was not even aware of. But between all of this I still longed for his touch and love. He was most concerned for his baby. So I thought maybe he was waiting for things to settle a bit.

We were celebrating our love anniversary and I was very happy that day. He got me a chocolate as a gift. I quickly finished my chores and dressed up for him.

Our son was sleeping and he entered the room. I was very excited as he would make love to me after almost 1 year. As I started coming close, I could sense his discomfort. He told that I should rest now as this may hurt me as I had a c-section. I tried to convince him that I was perfectly okay and how I had waited for so long. But he insisted. I gave in to his wishes and was hurt.

This soon became the regular story. He used to show various reasons for not letting me come close. I started wondering what is the case and concluded that his stint in Dubai had caused the gap between us.

Now he moved to Pune where his next assignment started. We were again separated for 6 months. I could feel that things were not going right between us and I took a transfer to Pune with my current job. I assumed that once we start living together again, things will be fine.

But I was so wrong. I still failed to find my old Vikas back even after staying together for 2 years. He would seldom come close to me.

But he takes care of me and my son. I just fail to understand why he behaves in that way when we are together. I have brought up this issue several times but no use. It usually ends up in a fight leaving me more frustrated and puzzled. According to me, physical intimacy is also one of our basic needs.

Does he like being with me? Is it so bad to ask for this? Why do I need to feel so bad after demanding for something that is my basic right?Is it bad to take out some time for myself even when I am a mother? Is it wrong to expect passion for yourself in your husband?

I have tried all possible solutions to overcome this feeling and situation as suggested by multiple forums but every time it ends in failure. Vikas is a very good father, son and may be husband (in terms of his other responsibilities and duties) but I always wanted a passionate lover in my life partner whom I had chosen myself. I really do not know what needs to be done. Do you feel like this is okay and I should suffer in silence?