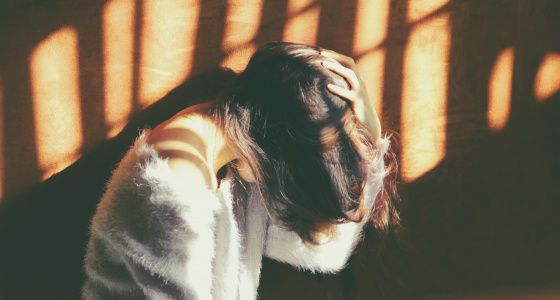 My parents never gave me the freedom to go out. They always kept me within the four walls of their home. I didn't oppose them and sacrificed all my dreams and hopes for them. I was 8 years old when I fell from the second floor and suffered 30 percent hearing loss. Due to this, my teachers didn't let me participate in dance competitions. In fact, I asked my parents to change my school but they didn't pay heed to me. Even today, I can't pronounce 's' properly, though I speak normally otherwise.

I wanted to take up science in high school and pursue medicine, but once again my teachers discouraged me from doing so. I was forced to opt for commerce and I hated it so much that I failed miserably in it in my board examination. In the next attempt though, I passed my exams and went on to do my Masters in Economics.

Meanwhile, my brother started looking for a suitable boy for me and soon I got married and shifted to Saudi Arabia. I thought my life would change after marriage, but it only became worse.

My husband would abuse me and yell at me for silly things. He would leave for work at 7:30 in the morning and return late at night and I would feel extremely lonely all through the day.

So, I decided to return back home to Chennai for a vacation after my son was born. I stayed here for a year and then went back to my husband. When I casually went through his phone, I realized that he was bisexual. I fought with him and we shifted to India.

He got a government job in Chennai. I sold all my jewellery to buy an apartment here in my husband's name. I tried to change him too but he wouldn't budge.

I started working at a place to become independent. But I had to leave it soon after because my colleagues made fun of my hearing impairment and I couldn't handle their taunting.

My husband continued being the same and finally, I confessed about his sexual orientations to my parents. They supported me and I filed for divorce. During all this, someone else came into my life.

He was my sister-in-law's brother and he proposed marriage to me. I thought I had found the one meant for me but later he refused to be with me and I realized that he had only taken advantage of me.

But after this episode, my brother and his wife stopped talking to me altogether, like I was at fault. Even my parents started asking me to go back to my bisexual husband.

I obliged and did as I was told for the sake of my children, but my husband keeps dating men and I don't know what to do with my life. I can't find a job to support myself financially and I am an emotional wreck. Is there no hope for me?

Please share this story because this lady needs strength, emotional support, and our compassion.