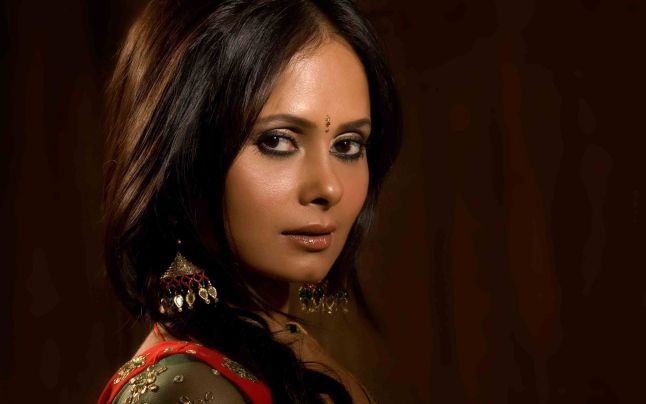 Around 15 years back I was studying in a convent. I was in my 10th standard when a boy first proposed to me. At that time I thought it was just infatuation. So I left it at that. But this guy waited for me for almost 5 years and I finally fell for him.

I belong to a family where my father behaves like a dictator. He doesn't believe in the concept of love. He is educated but does not believe in inter-caste marriages. I knew this but I could not resist my feelings for this man who had waited for me for so long. So I accepted his proposal.

We had been in a relationship for almost 7 years and we had known each other for around 12 years. I am 28 now and he is 30. We both have good jobs. We decided to get married and he first discussed our relationship with his family members. They agreed to get us married. I knew most typical south Indian girls get married at my age.

So I gathered all my courage and told my family about my relationship with this guy. Initially, there was a big "NO." But a year later everyone got to know him. Except for my dad, everyone liked him.

The only problem was that he belonged to a lower caste compared to ours. This, of course, did not bother me too much. My entire family supported me except my dad. We had a small gathering and I was happily married.

But my dad was not around to be a part of my happiness and this always pricked me.

My dad kept my marriage a secret. My neighbours too did not know about my marriage. He told everyone that I worked and lived far away from my city. After I got married I did not get a chance to visit my mom’s place too often. I know my dad worked hard to give me a good quality education. But I also know that he and my dadi used to taunt me when I was not around. I know he worked hard for the family but I was never happy when he was around.

I bought some gold from the money that I earned. I thought it would be useful for my marriage. Actually, I wanted to support my dad when I got married.

But my husband turned out to be one of those rare precious gems. A woman can get a man like him as a husband only if she performs several vrats and pujas. But I was lucky enough to get married to him without doing any puja.

He asked me not to get a single penny from my house. He spent his money on our marriage, reception, baby shower and even for my miscarriage.

But now I wanted something from the money that I had earned. But my dad hid it all. He also said, “I know you did not take anything from my house. But I can still file a case against you saying that you stole gold and money from your father.”

I knew he loved me a lot despite all the taunting that he did. But I did not expect him to say something like this to me.

I had not taken a single penny from him. My husband is my God. He didn’t even ask for any money. I can’t help wondering how a person can be so selfish.

My dad said that he did not believe in the concept of love but ended up having two love marriages.

Two of my cousins ended up having love marriages and he accepted them so easily. Did he accept them because they were males? Did he find it difficult to accept the fact that I was a female who had dared to fall in love? Maybe it is fine by him that the wives of my cousins are entering into our caste. Maybe it is not fine by him that I am entering into a different caste.

Is gender an issue or is caste the real problem?

I too don’t really know what the issue is. All I know is that it has spoilt a beautiful relationship between a father and a daughter.

I am happy with my husband but I feel empty without my dad’s love.

Now I visit my mom’s place quite often. But my dad does not like my presence there.  I just want to show him that I do not have any kind of attitude or arrogance. I still love him. But whenever I visit my mom he shows me his attitude and his arrogance.

My husband never comes with me to my mom’s place. But he insists that I try talking to my dad. But my dad spits out whenever he sees my face.

I just want to tell him that I did not elope to get married. I asked him. I tried to convince him. I waited for a year too. My in-laws' family was worried about their son and thought I may dump him. So my family supported me and got me married to him. A few of my family members attended the function too. My mom attended my baby shower too. She was with me when I had a miscarriage too.

It was at this time that I realized that no matter how bad the scenario is – we need our parents when we face tough times in our lives.

I hope that at least when I conceive the next time my dad allows me to enter his home graciously. I hope he treats me with love and respect. There is a big rift between my dad and me now. I don’t know when and if we will be able to bridge this rift in our relationship.

I love you, dad. You were the one who gave me everything that I have now. But sometimes I hate you too because you never tried to understand me. Sometimes you are unfair. You rejected me but accepted my cousins. Dad, I hope you understand that I too did the same thing that my cousins did.

Yet you could forgive them but not me. Why?

Time can melt the hardest of hearts and bring down the toughest of barriers. Maybe our parents find it difficult to forgive us because we could not match their expectations. Maybe we have hurt them unknowingly with our words and actions. Let’s learn not to burden our children with our expectations. They deserve to lead their lives fully and freely. Let’s share this story and hope that this young daughter is able to win back the love of her lovely father.

How's The Josh
LIFE IN THE TIMES OF CORONA
Poem
YOURS GEEKLY
Your Stories
BAKKAR. CHAI. SUTTA