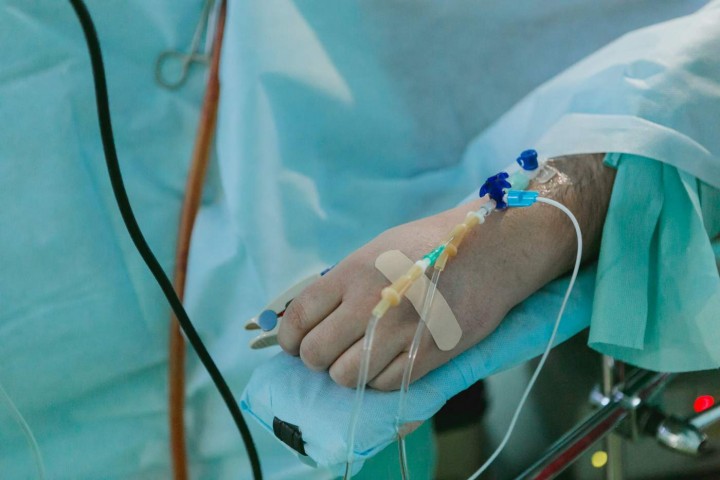 *For representational purpose only.
One afternoon, my company’s Personnel Manager, Mr Shinde and I were lost in a deep discussion related to pending and new medical loan application forms received from workmen. It took us a few minutes to realize that  Union Leader Pathak was standing by my table,  looking all worried and trying to draw my attention to what he was dealing with. Looking up from the heap of paper on my desk,  I asked him to sit down on the chair opposite me and give me a few minutes before I could put away my present work and give him undivided attention and then listen to what he wished to convey.

But he seemed in a tearing hurry and tensed up and blurted out, “I am in hurry and have no time to sit. Our Press Shop operator Shankar is no more. Madam, kindly arrange for some money, say  Fifty Thousand  Rupees. You are aware that hospital staff will not hand over the body unless the hospital bills are paid. Shankar’s family has spent all their money for his treatment and are now unable to pay the final bill”.

Mr Shinde, who was quietly watching my discussions with the Union Leader, on my request joined me and together we proceeded to our   General Manager to request him to sanction the medical loan for Shankar (now deceased). Soon with the cash in our hands, the Leader Pathak and I  hurried to the hospital in which Shankar’s body was lying.
We soon reached the hospital and it took us a few minutes more to reach up to the room in which Shankar’s body was kept.  I was quite surprised to see his wife and her family sitting about the room silently but devoid of any emotion whatsoever. However, when I turned my face towards the door, hearing some sound,  I was in for another shock.  I saw the hospital staff talking to a lady. Clueless, I enquired with Pathak, “Who is that lady?”  Pathak replied, “Madam, she is Champabai, Shankar’s girlfriend. As Shankar was suffering from AIDS, nobody from his family including his wife would visit him and stay back to look after him. Since the  last two months, it is  only Champabai who  has been taking care of him.”
In a flash,  Shankar, who was just a dead body came alive in my memory as a tall, well-built young workman with a perennially smiling face. I recalled that he was a favourite workman of his senior Production Manager. He was creative and would frequently come forward with new ideas and attended all training programmes arranged for workmen.
Looking around now, my eyes focused on the woman who was squatting on the floor beside the body.
"Oh, my god! This is the same lady who came along with our company worker Suhas to my cabin!" Her eyes were swollen from crying.  Suhas introduced her to me, “Madam, she is Shankar’s wife.”
Seeing me, she had started crying. I  had asked her to calm down and offered her water which she willingly accepted. I now recollected her narrating her tragic story, “Yesterday night Shankar came home drunk and, soon pulling at my sari,  forcefully tried to have sex with me in front of children. When I resisted, he beat me black and blue and in the process hurt my eye and broke all my glass bangles. He shouted so loudly that my son and daughter got frightened and shouted for help. Soon, my neighbour Ramesh came to my rescue but Shankar held his collar and shouted, “I understand now.  So  you are my wife’s  lover and indulging in a  relationship with her.” I somehow managed to rush out of the house along with my children and then proceeded to my mother’s house."
She paused to control her emotions and tears and again continued,  “Madam, please take action against him. Shankar hardly comes to meet our children and me.  He is even now continuing his relationship with Champabai, who is known to be a call girl. He seems to be  spending all his money on her.”  She broke down and was inconsolable. We pacified her saying that things will soon be ok and soon she left for her mother’s place.
Yes, I recollected that later, I  had visited the plant in which  Shankar worked in order to meet him. There I was informed about his absence for the last few days.  It seemed likely that  Shankar’s friends may have informed him that his wife had visited the HR Department and complained about him.  I met his friend and co-worker, who shared with me the address of Champabai (his girlfriend). I was shocked to hear from his friend that he used to boast about his time spent with his girlfriend and also his flings with other call girls.
It seemed like only yesterday, that I had proceeded to meet Champabai along with another workman. I remembered asking a shopkeeper the address of Champabai.
He had given us a weird look and said “ Oh, Champabai! She has been kicked out by her landlord when it was found that strangers visited her premises . Now nobody knows her whereabouts”. Hearing this both of us had returned.
Yes, I  vividly recollect now- the next day, Shankar visited my office. He had  looked pale and worried  and  had said “ Madam, I am not  well.”
I couldn’t resist telling him then, ”We know you are having an illicit relationship with another woman. Further, you are going to attend duty regularly. I warn you that if you continue to remain absent, you will be dismissed.” His promise to improve had seemed hollow but I was not willing to give up and had pepped him up before he left my room.

A pall of gloom came over me when handing over the money to his wife. I did so and returned to my office with the workman who had accompanied me.

Later in the afternoon, the old thoughts and incidents continued to trouble me.
I sat in the room recollecting the ‘HIV/AIDS Checkup Camp’ organized by the company.
I was in the office preparing a list of workmen to be tested and Shankar appears in front of me with a worried face and says, “Madam, nowadays I feel very weak. I keep getting frequent body ache and  I'm unable to recover even after taking medicines."
I advised him to attend the free AIDS Checkup Camp.
The next day he came running to me breathlessly, his face pale, and breaks the shocking news, “Madam, I have a secret to share with you. My report is positive. I am worried. I am going to die. Please help me.  Nobody will talk to me. Please don’t tell anybody.”
He was inconsolable so, I make him sit and advise him to immediately start the treatment. I arrange for him to get the necessary treatment in a hospital dealing with AIDS. News of his HIV positive report spreads like wildfire.  Nobody visited him.  I was informed that his wife left him.
When I went to the hospital to see him, only Champabai was taking care of him. I talk to her in general about how is she managing the grim situation. She confides, “Madam, I prepare nutritional food for him every day.  I keep selling my jewellery for his treatment. I am alone and without an income. Please help me”. I give her some money and ask her to also get her checkup done for HIV. I am later informed that her report is also positive, but she is managing somehow.

After Shankar passed away, his widow's HIV test came out negative. She was relieved and was fairly certain that she will somehow look after her children with the Provident Fund and Gratuity money.

Back in my office, I am engulfed by thoughts of the courageous woman Champabai whose spirit was unshakable during the crisis. She knew she was HIV positive and still took care of Shankar. Looking at the tragic lives of such women and workmen such as Shankar I could see that as a Counselor, the first step would be to hold regular HIV awareness and checkup camps to save this world from such tragedies.

My name is Mridula Raman and I live in Aurangabad. I used to work as a counsellor in my company and that often required me to be involved in the lives of people. I'm sharing this story to remind myself and all of us that people are tougher than the times they're in.