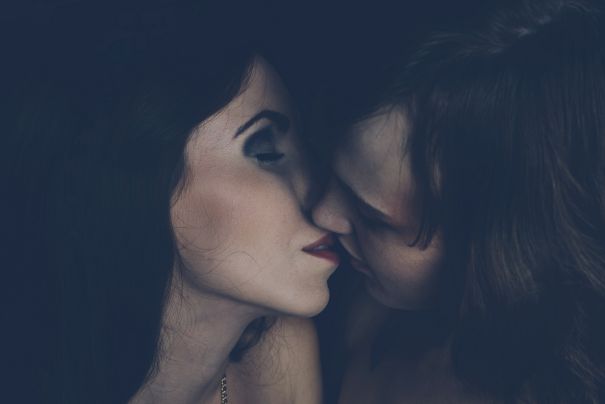 I tried till the very last minute, to figure out what went wrong, to attempt to understand why you pushed me away. I tried until I finally understood that I was screaming into a void because you were clearly unavailable, so I decided to exit too.

Yes, I agree that things weren’t smooth sailing between us, yet we managed to pull off long distance for nine whole months. During this period, when we took a one month break I gathered myself for you, I stood up for us. I got back together because I felt I was hurting you, that you would do something horrible since you don’t deal well with emotions and I would only be left with regret later. You have always kept me guessing about your whereabouts, but I didn’t know much about where you stood emotionally too.

You shattered me every time I would ask you why you wanted out of our relationship. When we met in Pune two months before our breakup and were talking about how things had changed and how far we had come, your insensitive ‘hints’ and referring to other people’s damaged relationships didn’t do much to resolve my confusion about us either.

It felt like I was always trying to communicate with someone who was unavailable to answer me, I was always left to fend for myself, to seek solutions on my own. All you seemed to care about were your own needs, so I decided to give you what you wanted.

I decided to end your dilemma on our weekend getaway in Gokarna, I called it quits as soon as we got back and as expected, you didn’t have much to contribute to the decision.

I finally stopped making the effort. I stopped lifting the weight of our relationship entirely on my shoulders. I stopped texting, calling, reaching out for you, having your back, I simply just left.

That’s when you started to ping me every now and then, and you were mistaken when you thought I would let my guard down yet again, because it was too late this time. My decision had not been a rushed one, I had analyzed your behavior and finally accepted the fact that you’re not the kind of person who takes things seriously or stands up for things that matter. I had lost something for you, I may never know what but I didn’t stand where I once stood – the passion in our relationship had been replaced with a strange sense of coldness.

Guilt began sweeping over me as I thought of our good times, of your love, of you. Forty-five days after all this chaos, we met when I happened to be in your city. Although I was happy being with you, something felt off, something didn’t quite feel right. Yet this time I didn’t bother asking you about anything and I didn’t bother assuming. I was tired of ugly patterns repeating themselves with different shades of grey in a jumbled kaleidoscope that I didn’t want to look at.

Your constant behavior of not opening up to me had started to disgust me.

Your unavailability for me was what led me to assume things, and my assumptions eventually turned to insecurities. You silently watched this play, you allowed it to happen because you were busy partying while I was alone and hurt. While you were with me per say, you had always been detached and never for once prioritized my feelings.

My insecurities became the monsters that crept up in the closet of our relationship and engulfed us in the dark, it was too late to fight them by then.

It’s not like I am blaming it all on you, I have had my fair share of recklessness too but I expected you to clean up the mess I would leave behind just like I would always clean up yours. Instead of you being there to pacify things, your fiery statements like “I am not ready to take this relationship's headache at this point of time in my life. You are not worth making effort for..” or “I don’t get a positive feeling about us lasting for a long time” and you claiming to probably have been unhappy during our long distance relationship, left me feeling numb. I was yet again left stunned, pierced by the unspoken meaning in your words.

I felt like I had been living in an illusion all this while. You transformed me in many ways and hurt me in many ways. Letting you go is painful but the guesswork involved in being with you is not worth the pain either. So yes, this is why I let you go, and unlike you, I respected our relationship enough to leave you with clarity.