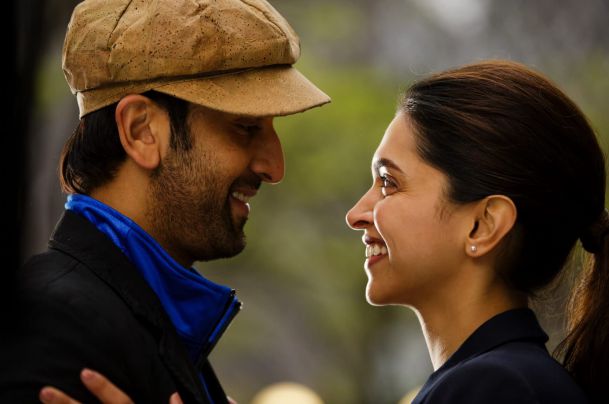 "Jhand fakeer, soovar ki aulaad, marja saale kamine... thank you!" — a movie that starts with this line and ends with leaving you in a state of introspection, is anything but "poison" for anybody. It is nothing like any movie that Imtiaz had made earlier. Motive maybe the same, emotions maybe the same but the plot, very different.

Whoever didn't like the movie Tamasha, they didn't understand it, that's what I believe. This film made me want to jump with laughter, cry with buckets of tears, celebrate love like never before, but more than anything else, it told me to wake the f**k up. It made me realise what I really want to be in life and how no Jhand fakeer can stop me from doing what I do best.

This is for you. I felt helpless in phases where I wanted to just hug Ranbir Kapoor (Ved) and tell him it'll all be okay, but just then you sent Deepika (Taara) into the picture so convincingly that I had nothing to say or do after that. So here it is, my two cents on what your two and a half hours of Tamasha taught me that 24 years of my life and some 20 years of education couldn't teach me:

1. Life is tough but you can make it beautiful

Sometimes things don't go as planned. And they are not supposed to. Tamasha showed you how to overcome temporary glitches in life. It taught you that it's life and it ain't going to be easy to live it, but you can choose to either sulk or see the brighter side and move on.

Had things been all hunky-dory in real life, Don would have never met Mona Darling.

2. There's no harm in putting on a mask if that helps you be yourself

Had Ved not met Met Taara as Don in Corsica, he couldn't have ever rediscovered what was missing in his life. Their promise will make all the sense to you if you thing of it this way:

It helped Ved find himself, the Hero version of himself, in this world of mediocrity.

Taara chose to live with the idea she fell in love with in Corsica and she told Ved that honestly. Had she not done that, things would have turned out differently for them. Yes I know saying a 'Yes' is always the easier step, but that doesn't mean it's the best step. Hurting somebody temporarily is better than living with a regret for the rest of your life.

Taara said this to Ved but that did not mean she gave up, she just came to terms with the fact that what had happened had happened and life doesn't wait for anyone.

5. Walking away is a better option sometimes

When things in life are out of hand, it is better to walk away to figure things out first. You'd rather walk away than hurt somebody you truly love and respect, and make things uglier than what they are. Ved made it a point to not completely lose his senses in front of Taara so he walked away, before he even lost a chance of being with her in the future.

6. Acceptance is better than denial

Ved could have lived in denial instead of beating his head over what Taara meant when she said "Yeh tum nahi ho Ved", but he chooses to fight his thoughts. He quits his job and goes on an expedition to find himself again, to find the answers to the questions in his head.

7. You write your own life story

Ved's storytelling always helps him face the harsh realities in his life.

When Ved's storyteller tells him this, Ved knows exactly what he'd been missing. He realises it's his life story and it's his responsibility to change the ending, if he'd like to.

8. Finally, there is light at the end of the tunnel

When Ved's father says to him, "Jinke zindagi mein problems nahi hoti woh problems create karte hain" and Ved does not let it affect him. He narrates to him a different story, a story that changes the way his father looks at life, especially Ved's life.

Tamasha is a film that compels you to live your life on your terms because you are the storyteller and it's never too late to change the script.

How Moving Back To A Small Town Enriched My Life, Again