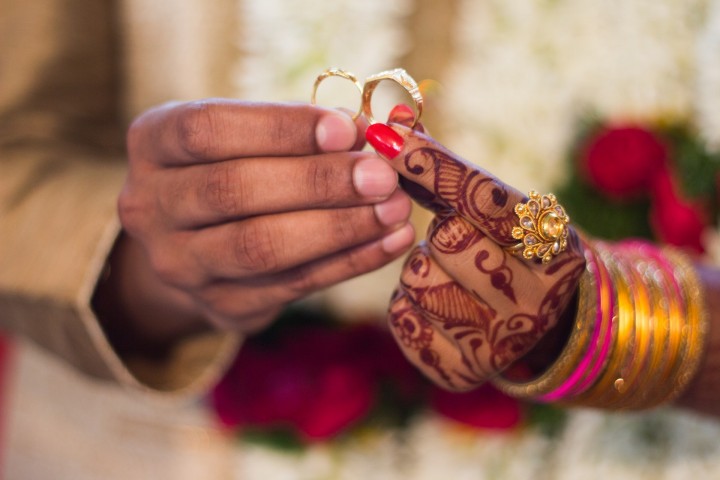 All I Have Now is FEAR.

Hi, I am a 26-year-old girl residing in a foreign country. I came here for higher studies and then wanted to work here for a couple of years. My parents started looking for matches for me and they were looking for a guy who works in a foreign country because I said to them that that is a requirement from my side.  My mother also wants the same for me.

They found a guy who is working and living in the same country as me. We both met and we both liked each other. After discussing about dowry, both the families exchanged clothes as a symbol of acceptance. They planned our wedding in the month of July 2020. But it is postponed because of Covid-19.

During this lockdown, I came to know many things about him and their family. When I planned for my higher studies, I got a negative response from my close family members.

My father is a farmer, he encouraged me to study with one condition- I cannot afford money for your higher studies but I will help you to pursue it. I took an education loan of 8 lakhs and father gave me remaining amount. I know that I must clear my loan as a responsibility.

I discussed this thing with the boy who I am going to marry. He said as your father discussed on that day (when they discussed about dowry) he said he is repaying the loan amount. But I know that my father said we have some loan, but they didn’t discuss this clearly about repaying. I told him that my parents cannot repay and that is my responsibility to repay it. He somewhat agrees with that point but not completely.

My parents didn’t even ask them about their financial stability and how much their son earns. They only expected a good boy, not a rich one. My family still doesn't know about what they have. My father only said to me that you like him, that’s all I wanted.

His mother calls me every day. I talk to her for hours. From the last 6 months I observed that she wanted to know everything; what my family has, what is going on in my life etc. I treated her as my mother. I ignored all those. She used to discuss about gold rates, suggesting me to tell my parents to buy soon as rates are going to increase more in future. I said several times that they will need me to buy, and said they know when to buy. Even though I said, she never stopped discussing.

By that I came to know that if the gold reaches peak my parents might not able to buy, because of that she is stressing this. His mother discussed several things, about her son, how she grew up and the problems she faced. I really felt sad and he is the only son. She said that they lost major properties because of some reasons. She said to me many times that all her relatives including herself expected a big dowry for her son as he is educated and working in a foreign country.

She wants to get all former glory through her son's marriage. She brings this topic up many times, but I didn’t say a single word to her. I only said leave that and don’t think much. She is comparing me with her expectations. I really got hurt and said this thing to her son.

He said there is no wrong in that, as parents spend all the money on their children’s education, they have the right to expect such things. After hearing this I was speechless. He is telling me that he will also look after my parents well being. But I am so afraid to trust him, feel like he is telling this just to make me calm.

My fear has started growing bigger, because my family is my biggest strength and a weakness too. He slowly conveys to me that as a girl you don’t have any responsibility on your family after marriage. I have a younger sister also, what will my parents' situation be after we both get married and leave?

I started thinking deeper and deeper and couldn’t find an answer. I thought education will give moral values along with money but its not true. Moral values, maturity, humanity, values are not at all related to education that is why we are called educated morons.

My parents are in their fifties and still working in fields. It would be very hard for them to work and earn after 1 or 2 years. I must look after them as this is my foremost responsibility than anything else. Now I don’t have a job and working part time to support myself and to repay the loan.

After getting a job I wanted to give 20 percent of my income to my parents, this I didn’t discuss with him. Afraid to do so. He said we will look after my parents too, but his words are not believable. I have a fear that what if he says no after marriage because I know he will discuss this with his parents.

When I had heard that they are looking for a working girl I thought they are very matured but later came to know that they will get money from my job as well. There is no wrong in that but, for only money is a wrong reason.

As per my knowledge, my parents sent me here even though I am a girl. They knew after marriage they won’t get a single rupee from me and sent me, encouraged me to study because they wanted me to be independent. Majority Indian son’s parents expect a dowry and sometimes they will demand it. Only 1 percent of the parents expect a good family.

Dowry is supposed to be a father's gift (amount/properties etc.) to his daughter when she is getting married. But they have changed the meaning and started demanding from them since many years. Sad thing here is that 90 percent of the educated people are doing this. This is the reason why girls’ parents have not encouraged them to study much as they don’t get anything in return.

Now I am in a dilemma, I am trying to find a solution for it.

Share this story so people can share their views and help the writer come out of her dilemma.