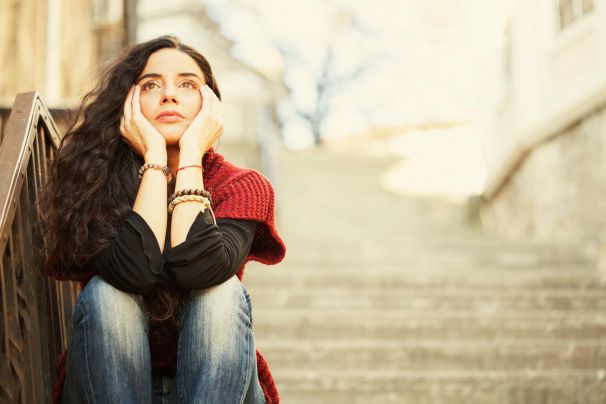 I have invested my soul in him. I don’t know whether my investment will bear fruit and yield any interest. I may end up becoming bankrupt.

We have been together for 6 years now. We sincerely love each other. He proposed to me after 5 years.

We are quite mature in our approach towards life.

I was leading a very normal life till he proposed to me. We had known each other for a long time but I never thought that we would end up being together someday. He was a man whom I could not even dream of being with. So I was naturally quite happy when he proposed to me. Our life was full of love now.

Both of us took care of everything that concerned us. I was engaged in his business. We never thought of creating a life of our own because I knew he was the eldest son and the sole breadwinner of his family. I was sure that his family would accept me as a part of their family. My family is very cool too. I know he respects my family too.

I loved him so much that I would take care of each and every requirement that he had.

But he always expressed his love to me with his silence. He would never share his feelings with me openly.

But whenever I questioned him about whether he loved me and what we would do if we did not end up with each other - his eyes would start brimming with tears.

He was a thorough professional who was highly involved in his business. I never disturbed him much. I just trusted him blindly.

I had firm faith in him and knew that he would never leave me or ditch me.

We lived very happily for 6 years. We enjoyed every moment of it. We had our fair share of ups and downs too but we faced them all squarely.

I don't know when things started changing for us. Things were really fine between us but one day we had a really big fight. That was the day I understood the meaning of soul-searing pain. I did not even know that it was such a big issue till I realized that he had changed all his passwords. I asked him why he had done that. And he said he had done it because he did not want to be with me again. I cried and screamed at him. But he was not ready to talk to me over the phone too. I felt privileged when he replied to my WhatsApp messages.

I knew he was a stubborn man but I did not know that it was to such an extreme degree.

So now I found it difficult to survive by myself in that city. He had asked me to return to my hometown. I did go home. Everyone could sense that something was wrong. I had to hold back the tears in my eyes till I was alone or in the washroom. I lost count of the times I had to rush to the washroom to cry.

I had to clutch at my mouth tightly with my hand so that no one could hear me weeping.

I was having a really tough time. Yet I did my best to make him realize that he was taking the wrong decision and ruining my life in the process. But he never listened to me positively. After a while, I realized that his mother was influencing him and that was why he had changed his mind about me. His younger brother was aware of our relationship. Perhaps he had told his mother about it.

A month later he sent me a message saying that his father had expired. I offered him my condolences on a WhatsApp message. A few days later he told me that his marriage had already been fixed. He then said that he had no option in the matter because it had been his father's last wish that he get married to that girl.

I was totally crushed when he told me this.

I realized that he was very attached to his father and I was sure that his family would definitely get him married to that girl.

I knew this meant the end of our relationship.

Several days passed in a blur. My feelings for him changed now.

I thought of giving myself a second chance. I knew I could not be with him anymore. He did his best to make me understand this every day.

I informed him about my wedding. Initially, he accepted it and even congratulated me. But now I could sense his love and affection increasing for me. He blamed me and said that I should have at least asked him before accepting the proposal.

He then said that he could not live without me and he had just been teaching me a lesson so that I would never fight with him again.

Then he said that he had just got a proposal from that girl and he had no intention of marrying anyone else except me. He contacted my friends. All my friends were in his favour. They all knew that we were meant to be together.

I had to return by train on the same day because there were only 20 days left before my marriage. I met him at 12 a.m. Three of my friends and I were waiting for him at my flat. I was chatting with him because he wanted to know the location of my flat. When he said he will reach my flat within 5 minutes I could not control myself. I told my friends that I was going downstairs to meet him. I couldn’t find him there so I went down the road all alone at midnight till I saw him.

He held my hand and said, “Don’t feel sad. I will sort things out for us.”

We came together to our flat. He then decided that he would talk to his mom. Meanwhile, I broke my wedding. We worked out a plan and started working on it from the next day itself.

He did talk to his mom but his mom refused to consider getting him married to me.

Today, we love each other. But we don’t talk to each other or meet because we are scared that we may never get to meet each other again. We just chat over WhatsApp sometimes.

I am firm in my decision that I will not marry anyone else except him. On the other hand, he is dying a little every day because he is not able to take care of me.

He doesn’t have the courage to go against his mom. Even I ask him not to do so. Both of us are mature enough to understand that we should not take such a step.

I don’t know where my life will take me. I feel very lonely and have started looking out for a job so that I can earn and survive here. I don’t have any motivation to do anything good with my life. I don’t know what his plans are.

I wrote this story because I want you all to pray for me. He is my life. I am his life. We will die if we don't get married. Please pray for us so that we can get married. Please don't judge him. Of course, he has made some mistakes but he did all that only because he loves me a lot. I hope to write a successful story here someday soon.

There are times when we simply have to flow with the flow. At other times we have to take charge of our lives. How do we know when to do what? Maybe love and intuition is our best guide. Let’s share this story and learn not be a stumbling block in the lives of our children. Let’s give them that steadying hand of support when they fumble in their lives. Let’s pray for this young woman and hope her prayers are answered.