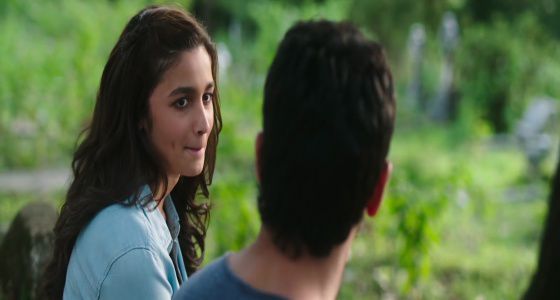 No, he didn’t leave me for another girl; he left me for his parents.

We have been trying to convince his parents to get us married since the past five years. In all this time, his parents didn’t get tired of rejecting me, but eventually, he got tired of persuading them, of fighting for us. Initially, I was the one who was concerned about his parents. But then, he used to convince me that it would all work out, that our relationship was worth the struggle, that nothing made him feel as good and positive as our relationship. And like a naïve girl, I believed him.

Abhi and I used to stay together in Mumbai. We would spend almost 15 hours with each other, every day, back then. Every evening, we would go for long walks on Marine drive. How can he then expect me to forget him? How can he forget me? I don’t think it’s possible. Nobody has described the way I look while sleeping like he did. He loved me like no one else ever has.

Before he proposed to me, in the most amazing way, my life was dull. He took efforts to give me the most memorable moments of my life. I always had few friends but his friends were always a call away. Once, he planned a night out with our common friends and I remember how our bikes roared on the Marine drive. As a six month anniversary gift, he arranged parasailing for us. But due to acrophobia, I could not para sail.

I felt so upset and embarrassed at ruining his surprise but he acted as if nothing had gone wrong.

Instead he took me shopping and we bought gifts for each other. But that day, I had more surprises waiting for me. I came to know that he had no plans to get a job in Mumbai and would continue to do farming with his family, instead. His family is quite well-known in their city and have a high status in their society. But, I just couldn’t imagine him doing his family business. It didn’t go with his personality. And most importantly, if he went back to it, what would happen to us? Amid all these concerns, he told me that he would manage everything, and like always, I believed him.

After graduation, he went back home to join his family business. Little did we know then that our live-in relationship would soon turn into a horrifying long distance relationship. This physical distance was so painful that we broke up twice. But in less than 10 days we were back together. And after that, there was no looking back. We used to meet five times a year. Our love for each other just kept getting stronger, every time we met. His home in Mumbai used to be empty and when we met there, we would finally be at peace as we hugged, kissed and discussed what could we do to reduce the impact of this distance, on our relationship.

Today, as I write this, I am getting flashbacks. Last month, another family drama happened at his place. It had become routine for us. And just like every other time, I thought things would turn out okay again. But I was wrong.

The next morning I didn’t get any text from Abhi and when I texted him I realized that I was blocked. To my shock, he had blocked me on every social media channel. He didn’t even answer back to my emails.

Love is fun only when two people are on the same track and love is adventurous only when they are ready to do whatever it takes to be with each other.

Now, he’s gone. Hope’s gone. Adventure’s gone. But I miss him and my heart says he will come back to me.

I request every parent in our country to trust their child’s choice because some decisions are supposed to be taken by them. The world has changed. Young people, today, are aware of what they want. Parents need to understand that their child has two personalities, one with them, the other with their partner. In fact, there are certain things that parents may not know about their child, that their partner might know better. Even if Abhi has a docile image at home, only I know how wild, sexy and intelligent he is. His dour image is the reason they’re hesitating to approve of me as they think I am Mumbai ki chori and he is gaon ka gora with different castes.

They think we are a complete miss match. I only wish to ask him to trust their son’s choice. Their son, who is five years elder to me, who knew I was a Mumbai ki chori when he fell in love with me. I still continue to hope that one day, his parents will come around and we will get married, because I know our relationship is worth the struggle. I hope I’ll get to write a happy ending to our story. Please pray for us.