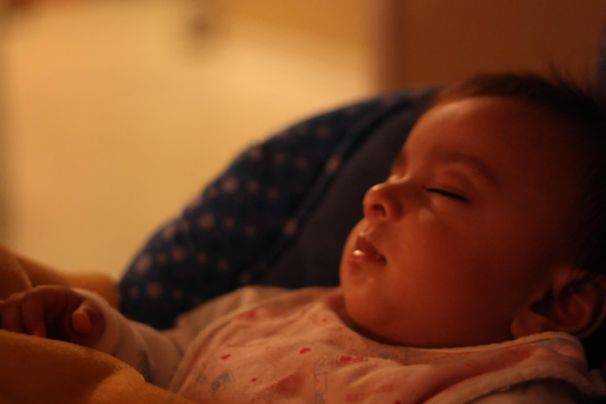 Has your Facebook newsfeed suddenly been going bananas with people on your friend list getting married lately? Well if it hasn't you're probably not in your late twenties pushing forward full steam towards the 30's like me, because my Facebook wall is filled with just that.

It's a good thing to see at times, a lot of people getting "settled", a historical landmark of happiness in their lives, which conventionally can only be one-upped by the birth of their offspring.

My generation (except me, apparently) and the ones immediately preceding and succeeding it are getting ready to create a whole new generation, and it is here, at the cusp of a new generation that we must stop and look around. India is changing rapidly, bringing with it new stressful lifestyles and some of the greatest changes in social dynamics we will ever see in regards to relationships between opposite genders and within the genders respectively.

We're living in a time that has drastically changed our outlook on a number of social relationships like partners and how we choose to define those relationships with them, for e.g. love marriages, live-in relationships and same sex couples. It isn't rocket science then to figure out that these nuanced social and gender relationships are going to further extend to and will change the face of parenting when the couples or individuals have a child of their own.

To many of these individuals and couples, having a kid is definitely on the agenda, however, it has been pushed down the list of things to do in life, as India's markets expand and go global bringing with them many career opportunities and in turn present hurdles that could affect this life goal. The hurdles seemingly may come in forms of infertility of either partners owing to their age or lifestyles, the biological inability for same sex couples or society's inability to accept a woman's right to exercise her choice of not using her womb to have a child. Thus it becomes important for such individuals/couples to have an alternative option to have children and have their dreams fulfilled.

This is where surrogacy comes in. In simple words, surrogacy is when a woman (the surrogate) agrees to bear a child on behalf of a couple that is unable to do so biologically, or chooses not to. If that's still not clear, remember Phoebe from Friends having triplets on behalf of her half-brother and his wife? Well in that scenario, Phoebe was acting as a surrogate for the said couple.

Surrogacy is no more a cutting edge or inaccessible technology in India, it has existed for years, and now has become commonplace and has been an option exercised by not only Indian but foreign citizens who visit our country just for it. The process has been successfully helping couples see their desires for a child come to life and it seems like humanity has coped with yet another hurdle. However, it is the changing laws in India in relation to surrogacy that is about to affect our lives and a lot of Indian citizens around us in the years to come.

In India, apart from the obvious happiness surrogacy brings to a couple (hereinafter referred to as the intended parents), surrogacy also plays a major role in the lives of many women who opt to be surrogates in exchange for a lump sum payment ranging anywhere between a few lakhs. Till date this service's market has stood unregulated in Indian law without any targeted legislation towards it and is governed only by the Indian contract law.

A number of instances, including a large number of existing intended parents being foreigners and surrogate babies being refused citizenship in the country of origin of the intended parents as well as exploitation of Indian surrogates by medical professionals or middle men involved in surrogacy. All of these issues over the past couple of decades have been cited by the government as its reason to introduce the 'Surrogacy Regulation Bill, 2016' (hereinafter the Bill), which was earlier this year, approved by the Union Cabinet and introduced in the Lok Sabha on November 21, 2016.

While there can be no debate that such a market requires stringent regulation, a blanket ban on commercial surrogacy, as proposed by the Bill will lead to a number of Indian citizens being unable to access it as a means to having a child of their own. Also, a number of women will be unable to access surrogacy as a means to earning their living and better their lives economically.

The Bill seeks to allow surrogacy only to be legally permissible in its altruistic form (i.e. without any monetary compensation being paid to the surrogate except for medical expenses) with only blood relatives of the intended parents being allowed to act as surrogates. In a society that can torture its women to have a child soon after marriage, it is highly probable that female blood relatives may be pressured into acting as surrogates, despite their unwillingness. The Bill further states specifically that the intended parents need to necessarily be an 'Indian heterosexual couple' having no biological or adopted children. And they should be at least married for five years with either of the intended parents to prove that they're certifiably infertile.

The Bill, has sparked a huge debate on whether India is going down the right path regarding surrogacy as a medical practice. The controversy is also due to the government's stance on why the intended parents need to fulfil the criteria mentioned above and cannot be homosexual couples or live-in couples, which, the Minister of External Affairs of India, attributed to such relationships "being unrecognized and against the Indian ethos". It is further important to note that the Bill also disallows single men or women apart from foreigners, persons of Indian origin (PIOs) and non-resident Indians (NRIs), from opting for both commercial or altruistic surrogacy thereby putting such individuals/couples at a definite disadvantage.

There also lies the risk that a blanket ban on commercial surrogacy is going to drive it into the dangerous unregulated black market which never will care for rights of any of the parties involved in surrogacy since it is based purely on a profit model of the middlemen involved.

A host of countries including Canada, France, Australia, certain states in the USA, Japan and Netherlands, have specifically outlawed commercial surrogacy and one may also argue that the status of surrogacy in such developed nations is proof that surrogacy is a complex issue that requires much effort and time being spent by the legislators and judiciaries.

It may not be affordable for a developing economy. One may also consider it fair to assume that there are more pressing matters than deciding policy and legal framework for foreign citizens and their travails in India, a destination opted for, notably due to the low cost of hiring a surrogate, the lack of a proper legal framework and it arguably being another instance of outsourcing.

Why you need to be a part of this debate?

It needs to be stressed that while there are arguably valid points for foreigners accessing the Indian surrogacy market, it is unacceptable that even citizens of India, single men and women, live-in or homosexual partners are not being allowed to opt for surrogacy, whether regulated, commercial or altruistic and the sole reason cited for which is a "non-recognition by the Indian cultural ethos" of such relationships.

This reasoning does not stem from the surrogacy debate but more from the non-recognition of today's nuanced social relationships which are considered un-Indian by a majority of the population.

While homosexuality still stands criminalized under the Indian legal system through the draconian Section 377 of the Indian Penal Code, it is highly unlikely that we shall see any changes in relation to homosexual couples being allowed to either co-exist, marry, opt for surrogacy or even adoption. It is very pertinent to note that the fact that the Indian government is unwilling to recognize even Indian citizens who are single men or women or live-in partners (despite the Supreme Court accepting it as recent societal norm), as capable parents when it comes to surrogacy. Hence, these exclusions begin to seem like lazy governance coupled with a view of playing to vote bank politics of the conservative majority of India who do not want to recognize such relationships due to religious and cultural pressures.

There is a need for you, the youth of today as well as the older generation to step into this debate now. The issue has been brought up and we're at the cusp of a law being passed, because many of us or people we know, or our children may be in positions that require surrogacy in order to fulfil dreams of being parents to a child. While it is argued that adoption be utilized to satisfy such a desire for being parents to a child, it is not a mere inconvenience that adoption has its own issues ranging from single persons, homosexuals and live-in partners being traditionally deemed 'unfit', to the time and cost taken to secure an adoption.

Also, there is a need to realize that such a choice of opting for surrogacy or adoption is essentially and fore mostly that of the parents-to-be.

We must pay attention and contribute to this debate which shall continue in the times to come and we as people need to think of our future and the futures of our fellow citizens who are going to be the India of tomorrow.

We mustn't forget that it is up to us as the educated citizens to uplift marginalised and discriminated sections of society who may be affected by such overarching legislation that continues to validate outdated views in the garb of regulation of a market that clearly requires regulation. Do keep in mind that the Indian legislature is slow to adapt to changes in the social structures of society, which is very apparent with the Indian stance on homosexuality and the reluctant and slow-grudging acceptance of live-in relationships.

Thinking that we will tackle the same in the future when such social constructs are more acceptable, would be myopic and ill-advised not just for our generations but also for the one next in line.

This article is a modified excerpt from an article with the same name, first published as an editorial in The Abstract Barkeep.

The author of 'O'er a Cup, A pocketful of Short Stories' and a freelance writer on a quest to make his mark in the non-fiction and fiction spaces. You can browse through his work at http://creakycupboard.in