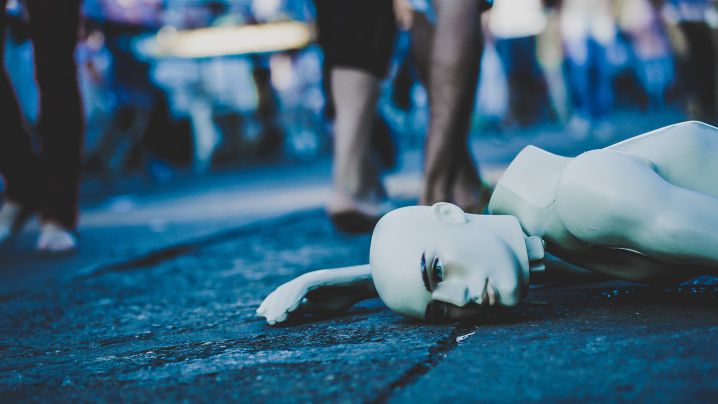 Some stories remain untold, and there are some stories which trouble your subconscious mind, so much so that it would be a crime if the truth is buried.

We doctors, especially those working in the Emergency Department, deal with medico-legal cases on a daily basis and are used to clicking photographs of the injuries or identification marks of our patients (including those brought dead) to capture them in detail on our doctor notes and the police information report; or to send them to the surgeons on Whatsapp to give them a rough idea of what they would be operating on, before we dress the wounds.

Though I had deleted one particular photograph multiple times in the past, I’m not sure how I always find it in my old unused phones, computer backup, cloud, etc. - as if the dead wants me to tell the truth, the harsh reality of his life.

A 17-year-old male was rushed to my Emergency Department in an unconscious, unresponsive state with no recordable pulse, blood pressure or any spontaneous respiration, pupils were bilaterally 5 millimetre dilated & non-reactive to light, with his T-shirt soaked in blood.

But since his body was warm, we started with immediate resuscitation (all life-saving measures) including Cardio Pulmonary Resuscitation (CPR-Chest compressions), Intubation (putting a tube through the mouth, directly in the windpipe, to give breaths) and life-saving drugs. And I realized that with every chest compression, the soakage on the T-shirt was increasing. I asked my nurse to lift the T-shirt, and what we then saw were 3 stab marks on the chest and abdomen.

To control the further loss of blood, I thought of plugging the stab wound (closest to the chest) from which blood clots were coming out of, during each chest compression. I then put my gloved index finger in it, and I knew immediately that it was all the way INSIDE HIS HEART.

I then ordered my team to immediately stop resuscitative attempts, as we knew that no matter how hard we tried, the patient was dead and there was no way he could be revived.

While the nurses were taking out an ECG, which would show a FLATLINE (to declare the patient dead), I came out from behind the curtains to talk to the scared father, to counsel him regarding the prognosis, and the mandatory documentation including the process of informing the police.

“I’m a professor at ____ (a very prestigious institute in Mumbai) and he is my adopted son. My elder daughter and he had a fight over her social media posts after which, in a fit of rage, she stabbed him with a kitchen knife. We took him to a nearby private nursing home, but looking at his condition, they referred us to your hospital. My daughter accompanied us to that hospital, and I don’t know where she is now,” the panicked father said, without me even inquiring what had happened.

I asked him to calm down, gave him a glass of water. By this time, I had the flatline ECG in my had which showed that there was no activity of the heart, and I pronounced him dead – a piece of news that I always hate to break to relatives of any patient, and especially to a parent about their young child. I then proceeded to complete my paperwork.

By this time, more of his family members had gathered in the Emergency waiting area, and counselled the grieving father.

After 15 minutes, the father again came to me, this time with 2 other gentlemen in their 60s, and they wanted to see my hospital documentation. I explained to him that all I had documented was the patient’s clinical condition on arrival, his injury marks, details of our resuscitation efforts, and not the history that he had told me.

“I never told you anything, what are you talking about?” said the father and I was left shell-shocked.

When the police came, I handed them the copy of all the relevant documents, informed them verbally of what the father had initially told me, and they reassured me that they would conduct a fair investigation. The body was handed over to them for further formalities and a post-mortem at a nearby government hospital.

3 days later, I called up the investigating officer, to inquire about the progress of the case, and I received another shock. He told me that the child was suffering from depression and had committed suicide. Case closed.

And to this day, I can't stop thinking about precisely these things-

a) The Professor changed his statements after being coached by his family and friends. Now that his son was already dead, did he want the daughter to land up behind bars for many years?

b) Was it because the son was adopted and not his real son, that the father did not even shed a tear, while he was busy thinking about how he would brush the truth under the carpet?

c) The police would have been paid off well, to do what they are best known for… (I will leave it to your imagination. A pointer can be a similar investigation, like that of the famous Salman Khan hit and run case) – a clear case of murder was converted into a case of suicide.

d) You do not have to be a forensic medicine specialist to know that it is IMPOSSIBLE to stab yourself like that, THREE TIMES, to commit suicide.

e) Because of a system that can be manipulated, bribed and bought easily, a MURDERER IS OUT ON THE LOOSE.

My version of this story will NEVER CHANGE; as I know what I had heard that day from the father.

I really hope that the photograph will no longer find its way back on any of my screens this time, but I would want it to show up on your screens so that the real story and the harsh truth of the boy can be told and shared with the world.

It takes an incredible amount of courage to tell the truth and we are privileged to witness it. If someone can tell this story, you can tell yours.

A regular guy who likes to live life to the fullest, on my own terms and enjoying every moment as it comes...I feel alive by being creative and discovering more about myself everyday. I enjoy my profession as a doctor, working in the stressful Emergency Department, as the satisfaction to save even 1 life is immense. Being involved in many extra curricular activities apart from my profession, I'm somehow amazed at my potential which encourages me to push myself even further...after all ITS ONLY 1 LIFE TO LIVE. Just chasing my dreams now and waiting to see what God has in store for me...all I wish for is to be a good human being and ultimately, LEAVE BEHIND A LEGACY. Visit me on - www.mohit-freespirit.blogspot.in , www.quackdoses.com