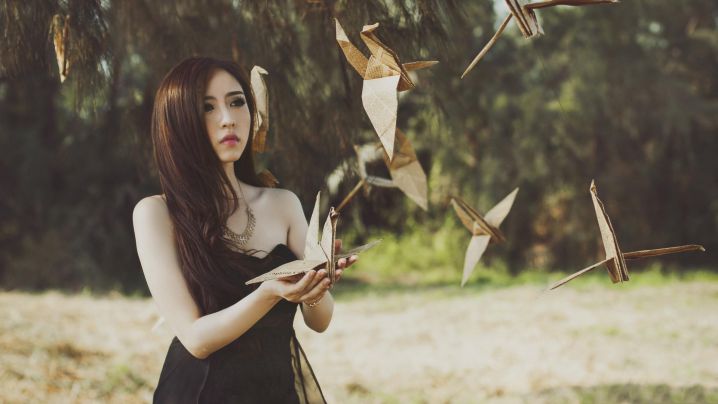 Mona was a shy, pretty, young and tall school girl. She was very good at her studies. She excelled in sports too and was a great NCC cadet.

Her parents were proud of her good qualities and her decent behaviour. She was their eldest daughter and they knew she was very responsible and patient for her age.

People always said that Mona was an all-rounder. She had just finished her 12th standard and had started with college. She took an active part in all kinds of extracurricular activities. She continued attending her NCC classes and went for all the camps that they organized. She enjoyed the first year of her college.

Like all other NCC cadets, she too aspired to be selected for the Republic Day Camp.

She was overjoyed when her dream came true.

She now got a chance to participate in all kinds of events. She was also selected to take part in another event called “Slithering” which was organized in Delhi Cantonment. She was still undergoing her training session in the Republic Day Camp when she came to know about it.

She was very excited when she got to hear this news.

She sat in a helicopter for the first time in her life. Her trainers sat beside her and they trained them all to slither down a rope from that height.

She enjoyed each and every moment of her training. After her training, she was selected to represent her state.

She now had to join a team of 16 cadets who represented different states of India. All these cadets would represent their states on Rajpath on 26th January. All this happened in 1992. The Prime Minister of India was Mr Narasimha Rao at that time.

It had been such a proud moment for her.

The very next day all of them were invited to a tea party at Rashtrapati Bhavan. They all got the opportunity of meeting the President of India - Mr K. R. Narayanan.

When she returned home after attending a camp of 45 days she was filled with a sense of pride. All her college friends, relatives and family members made her feel so special. Her teachers and parents used to pamper her and she felt really proud of herself.

Her trainers too had been impressed by her sincerity and dedication. They had even advised her to join the pilot training course at the air force station near her residence.

It seemed as if God had given her real wings to fly so that she could soar through the entire sky endlessly.

She started with her training and decided to become a pilot in the Indian Air Force. She informed her parents about her decision. They too encouraged her to pursue her dreams. She felt as if all her dreams were coming true.

She had just started with her training when her father suddenly met with a major accident. He got serious injuries in his jaw, hip and shoulder. He was bedridden and had wires in his jaw and a set of bricks were tied to his leg.

The doctors were not too hopeful of her father standing on his feet again for the rest of his life.

But her entire family had a lot of hope. They were very positive about his health and started taking proper care of his diet, exercise regimen and medication. Mona’s father started recovering but the progress was slow.

Sometimes they all wondered what would happen to them if he could never stand up again. They didn’t know what they would do.

Mona started taking tuitions so that she could give her family some financial support. Her father was not able to handle his business now and she was the eldest sibling.

She thought this would ease the financial crunch that her family was facing.

The boy did not like the girl he had come to meet.

Mona was returning home from one of her training sessions. She was shocked to see so many guests in her house but she just greeted them all formally because they were in her house and then went into her room.

The boy liked Mona a lot. He asked his mom to fix up his marriage with Mona.

His mom started flattering Mona’s parents. Her parents asked Mona about her views on marriage but Mona refused to even consider getting married now.

So Mona’s parents told the boy’s mother that she was just 17 and was doing her second year of graduation. They clearly told her that they could not consider getting her married now. The boy was 10 years older than her. They knew that Mona wanted to pursue her studies and career. They understood that she was not interested in marriage right now.

But the boy’s family repeatedly insisted and pressurized them to accept their proposal.

Mona’s bedridden father thought of his illness. He then thought of the good marriage proposal that he had in hand. He wondered what he would do if he did not recover completely. He knew that the fate of all his 4 daughters was uncertain now.

He felt he should not let go of such a good opportunity.

He decided to talk to Mona and convince her. He joined his hands in front of her and asked her to accept the proposal. He asked her to think about her three younger sisters. He said that he may not be able to get them married due to his illness.

Mona told her father not to pressurize her like this. She begged him to reconsider his decision.

She asked him to get her younger sister married to him but to spare her because she had decided to serve the nation by joining the Indian Air Force. She told him that she did not even want to think of getting married at this time of her life.

But the boy and his family kept insisting that they wanted only her as their bride. Mona knew she had no choice now. She thought of her father’s illness and the request he had made to her recently.

She knew she had to break off her dreams with her own hands and wear the red dress that all newly wedded brides wore.

She was dumbstruck by all that was happening to her but started following all the wedding rituals at the tender age of 18. All her family members did their best to make her realize that this was her destiny. They told her that she was not meant to become an Air Force pilot. She knew she did not have much of a choice now so she started accepting the cruel fact that she was going to be a married lady soon.

She realized that she was no longer the young girl who could fly off on her own. Her wings had been cut now.

She knew she had to live her life according to her in-laws’ wishes now. But a few months after she got married there was a U-turn in Mona's life. Do read the next part of the story to know more about what happened to Mona.