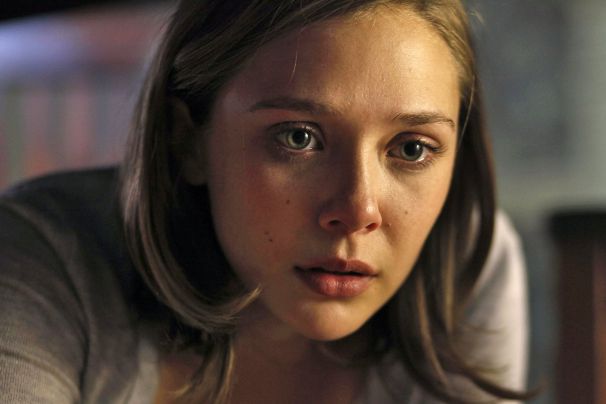 I met Mesha on the first day of joining a new school. We were in 8th standard at that time. She had lost her dad when she was a child but she had everything that she needed so she had no complaints about anything. We soon became good friends. We lived next to each other so we would walk together while going to school.

Both of us had a lot in common. We were good at studies, toppers, first benchers and had only boys as our friends.

We fought a little sometimes, loved each other a lot, roamed around our city, watched movies, spent time with each other’s families and had a crush on Dhoni. Both of us loved cricket. We spent two years this way. When we started our 10th standard, three divisions of our class were merged into two. So the strength of our class increased.

Aarush was a person who could win over everyone with his funny jokes and talk. He loved Mesha and was my best friend. We soon became a group of three friends.

Things changed with time. A third person’s presence transformed our friendship. I now had two best friends with me.

Our school life was the best period of our lives as it filled our hearts with happiness and lovely memories.

We shared our lunch with one another, gossiped when a teacher was absent and spent time with one another’s families during festivals/weekends. I was always overjoyed when I got better marks than them. We would have fun and see who could solve the problems at the fastest speed. We had group study sessions and watched cricket together.

Of course, we fought amongst ourselves too. This was the best part of our friendship.

We promised to keep in touch with one another. We also promised that we would always be there for one another whenever we faced any difficulties in our lives.

We all passed out with good scores in our board exams. We went on to pursue our different interests. Mesha joined a different college. I shifted to a different area and a new college while Aarush started looking after his dad’s business.

Soon, we were all busy with our new college. We made new friends, attended lectures and were busy with our practicals. It was difficult to keep in regular touch with both of them for the next five years. But we did plan and meet one another during weekends/festivals.

Nothing had changed between us. We still shared a great bond of friendship. We had our small fights, loved one another, went on short trips, movies etc. We didn’t meet one another frequently but made it as memorable as we could whenever we met.

I then moved to Bangalore because I got a job there after I finished my engineering. Mesha joined a start-up in the same place. We couldn’t meet but kept in touch through SMSes and calls for the next four years.

Mesha and Aarush had been in love with each other for a decade now. They had committed to each other many times and Mesha had even become pregnant once. But Aarush had insisted that she abort the baby and Mesha finally gave in to his wishes. Nobody knew about it.

Finally, they decided to talk to their respective parents and get married. Aarush’s parents were happy about his decision but when Mesha informed her mom about her love – all hell broke loose.

She was not allowed to go out of her house. Her mom asked her to resign from her job. She took away her mobile and did not allow her to talk to anybody.

She was mentally tortured because the person she loved belonged to a different religion and was a non-vegetarian. She tried to elope with Aarush but was caught by her sister.

Mesha’s family then sent her to her cousin’s place. She was taken to a psychiatrist so that she could change her thoughts. But Mesha could not give up her love for Aarush.

One fine day I got a call from Aarush. He seemed anxious and tense.

He wanted to know if I had heard anything about Mesha. I had been busy with my job and had not talked to her recently so I was surprised by his call. I asked him if anything was the matter.

He just asked me to check things out because Mesha was not answering his calls. I tried calling Mesha. But her phone was switched off.

I then called her mother. She told me that Mesha was not around and probably she had not charged her phone. Maybe that was why she was not picking up my calls. I was really relieved to hear this.

But somehow I sensed that something was wrong. So I called Kunal - Mesha’s cousin.

I asked him if he was aware of Mesha’s whereabouts. The news that I got from him totally shattered my world.

Nothing was right anymore. I had been unaware of what was going in Mesha’s life. But it was too late now. She was NO MORE in this world. She had committed suicide.

The post-mortem was done on the same day. The rituals were performed the next morning. Only her sisters and a few close relatives were called when the last rites were performed.

None of her friends had been informed. Not even Aarush.

Aarush had come to know about it and so he had called me to confirm if what he had heard was true.  By the time I confirmed the news to him it was too late to visit her. The rituals had already been completed.

He was heartbroken when he came to know about it.

But this is what actually drove Mesha to take this drastic step. Mesha’s mother was not willing to accept Aarush as her son-in-law. So Aarush had moved on. He was in a relationship with another girl now. Mesha had caught him with her many times. But Mesha wanted to save their relationship so she continued to forgive him.

She warned him and told him not to meet or talk to that girl.

But that day she had caught Aarush red-handed. He was celebrating that girl’s birthday with her.

Aarush had tried explaining things to her but they had ended up having a huge argument. She left Aarush and that very evening she decided to end her life and took this extreme step when her mom and sister were not at home.

She was trapped between two equally bad scenarios.

She could not completely trust Aarush now. She could neither plan a future with him nor could she leave him and move on. They had shared a decade of love together. She knew she could not marry the man her mom chose for her. She had been depressed for quite a long time now and this had driven her to take this drastic step.

Today I feel guilty about being so very busy with my own stupid life. She didn’t want to disturb me and share the things that were going on in her life.

I am sorry Mesha – I couldn’t keep my promise of helping you out when you faced such difficulties in your life.

Rest in Peace Mesha. I miss you.

I am Sana. I have not used Mesha’s and Aarush’s real names in this story. And I don’t know if I will ever get the answers to all these questions…..

Why did her mom tell me that she was not at home when I called her? Why was she not ready to tell the society that they lived in about the death of her daughter? The reason behind her death was still unknown then how had the police closed the case without investigating matters? The last call Mesha had made was to Aarush. Then why hadn't the police inquired about the call? Was it really suicide? Is society more important than a person’s happiness?

All of us battle with our own personal demons every day. Let's not succumb to the temptation of judging people. Let’s try to understand people and support them without questioning them. Let’s share this story and learn to keep in touch with the people we love. It is really comforting to know that someone cares for us. Let’s learn to forgive people for their weaknesses and set the soul free. Let’s respect them by always thinking of them with a smile.